J.T. Miller scored a power-play goal 3:21 into overtime to lift the Vancouver Canucks over the Buffalo Sabres 6-5 Saturday.

Buffalo's Marcus Johansson scored with 59 seconds left and his team’s goalie pulled in the third period to tie it at 5, but Miller scored his 13th of the season off a pass from rookie defenseman Quinn Hughes in OT.

The Sabres thought they had scored in overtime, but the goal was disallowed because of a delayed penalty interference penalty to Henri Jokiharau. Miller scored on the ensuing power play. 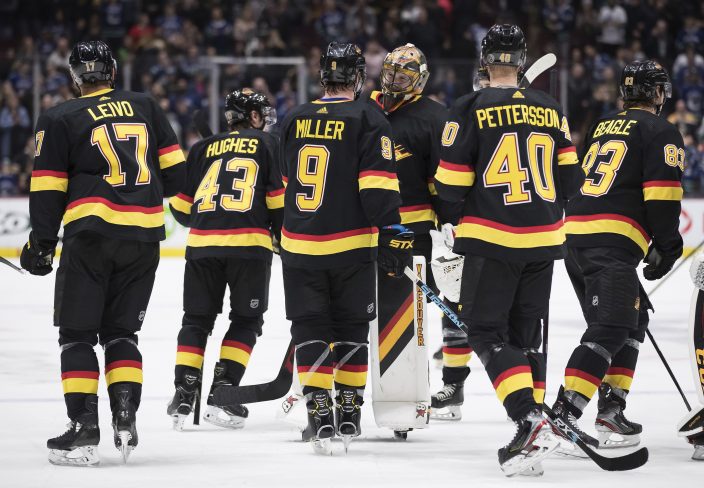 Antoine Roussel and Josh Leivo had two goals each for the Canucks. Tyler Myers added a short-handed goal and an assist, while Jake Virtanen had two assists.

Roussel has three goals in two games after missing eight months with knee surgery. Leivo has four goals in his last four games.

Rookie Victor Olofsson had a goal and an assist for Buffalo, which battled back from deficits of 2-0, 3-2 and 5-3. 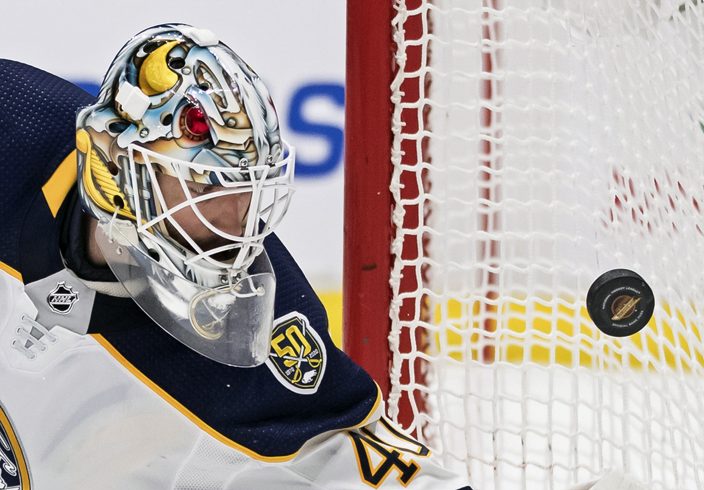 Buffalo Sabres goalie Carter Hutton watches the puck bounce off the side of the net during the second period of an NHL hockey game against the Vancouver Canucks, Saturday, Dec. 7, 2019, in Vancouver, British Columbia. (Darryl DyckThe Canadian Press via AP) 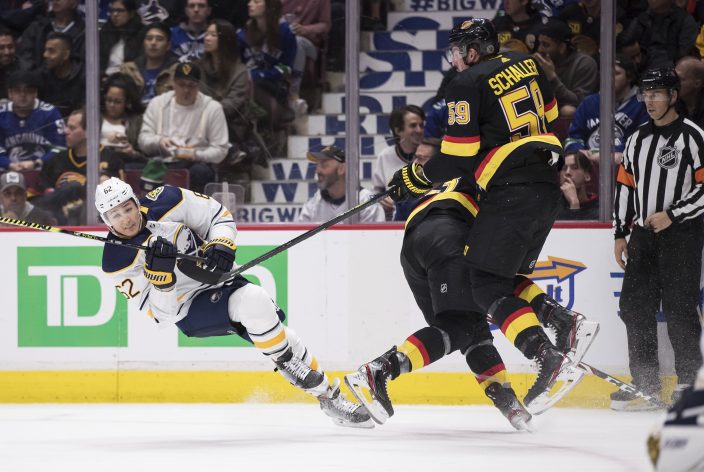 Myers, who had gone 15 games without a point, scored his first goal as a Canuck at 4:51 of third period. Chris Tanev blocked a shot, and Tanner Pearson passed to Miller. He rushed into the Buffalo zone and passed to Myers, who had an open net for a 4-3 lead.

Roussel scored his second of the night a few minutes later off the rebound of Virtanen’s shot. 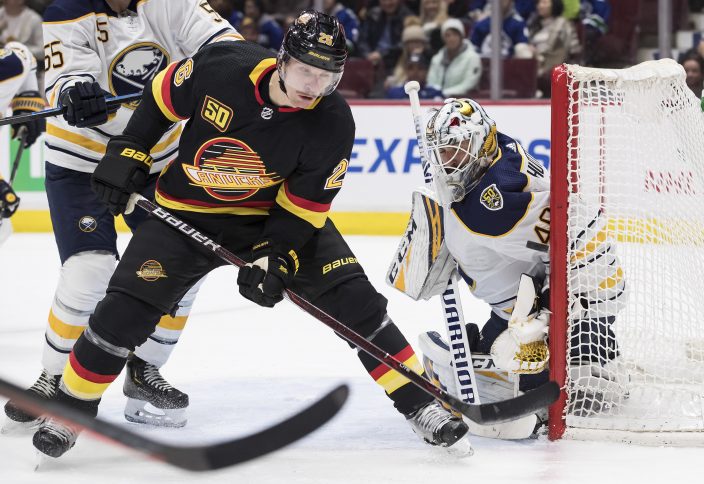 Vancouver Canucks' Antoine Roussel, left, of France, watches the puck as it bounces off the post beside Buffalo Sabres goalie Carter Hutton during the second period of an NHL hockey game in Vancouver, British Columbia, Saturday, Dec. 7, 2019. (Darryl DyckThe Canadian Press via AP)

Buffalo scored three times in the second period, including goals 64 seconds apart, to tie the game 3-3 after 40 minutes.

NOTES: The Sabres played 8:24 of the first period before managing a shot on net. ... The Canucks sent F Nikolay Goldobin, who has appeared in one game this season, to the AHL Utica Comets. ... The Canucks wore their gold, black and red flying V uniforms. ... Fs Jay Beagle (lower body) and Micheal Ferland (concussion) returned to the Vancouver lineup. ... F Brandon Sutter (groin) missed his 11th game. ... Hutton's last win was Oct. 22. ... Vancouver G Jacob Markstrom, who missed Tuesday's game to return to Sweden for his father's funeral, dressed as the backup. 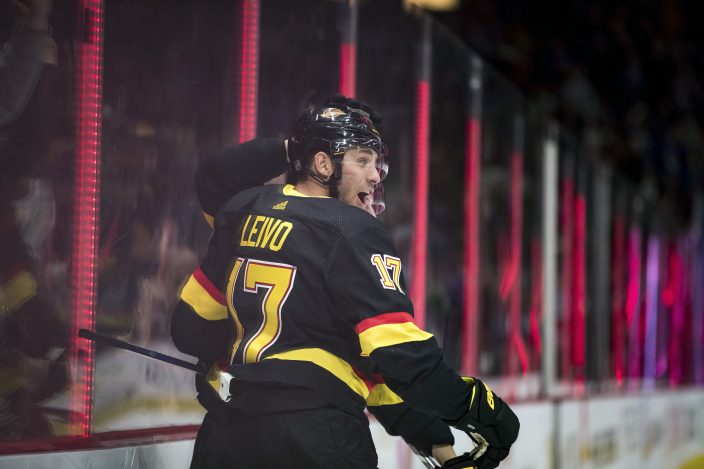