Joe Burrow finished off what seems like his Heisman Trophy coronation with another dazzling performance and No. 1 LSU locked up a spot in the College Football Playoff for the first time, dominating No. 4 Georgia 37-10 in the Southeastern Conference championship game Saturday.

The Tigers, going for their first national title since 2007 season, will either return to Atlanta or head west to suburban Phoenix for a semifinal game Dec. 28. Their bowl site and opponent will be announced Sunday, but they surely made a persuasive case to be the top overall seed in the four-team field.

Burrow was all over the stat sheet for LSU (13-0, No. 2 CFP). He threw for 349 yards and four touchdowns. He was the Tigers' second-leading rusher with 41 yards on 11 carries, often leaving the Bulldogs grasping at air as he twirled this way and that. He even caught a pass on a ball that was batted down at the line and wound up his arms, taking off for a 16-yard gain. 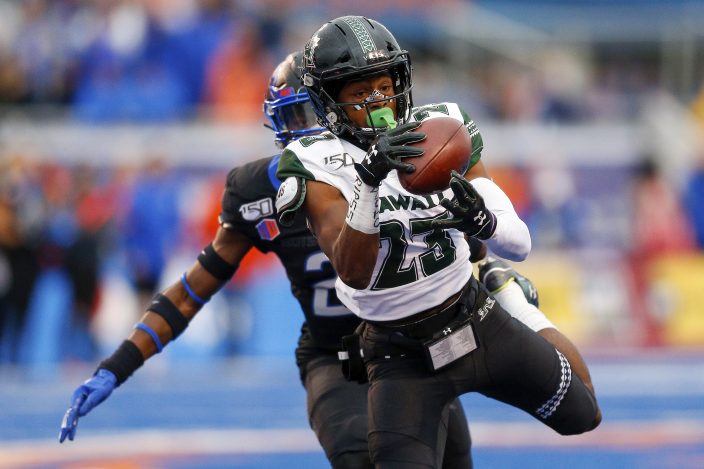 Tigers put up 481 yards of offense, but the most encouraging aspect of this game was another strong performance from LSU's defense. It followed up a 50-7 rout of Texas A&M in the regular-season finale with another championship-worthy showing against the Bulldogs, who were held to 286 yards.

Georgia (11-2) appears likely to make its second straight appearance in the Sugar Bowl against Baylor, loser of the Big 12 championship game. 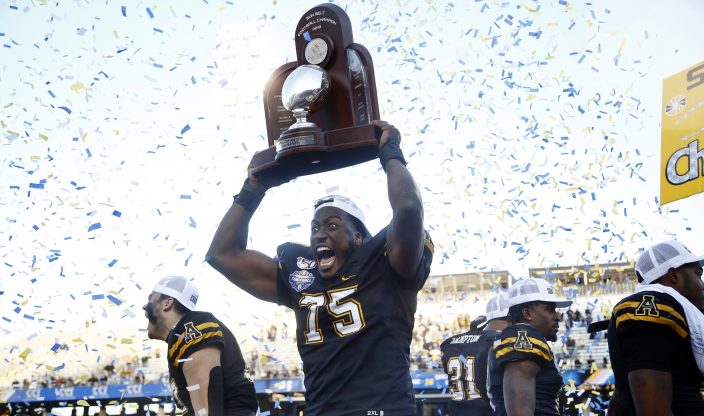 Rhamondre Stevenson had a 5-yard touchdown run in overtime and Oklahoma made its bid for another playoff berth with the victory over Baylor in the Big 12 championship game.

A day after No. 5 Utah lost in the Pac-12 championship game, and before No. 4 Georgia lost to No. 1 LSU for the SEC title, the Sooners (12-1, No. 6 CFP) won their fifth consecutive Big 12 title, and 13th overall. Oklahoma went to the playoff three of the past four seasons.

Baylor (11-2, No. 7 CFP) tied it in the fourth quarter after two long passes by freshman Jacob Zeno, the second quarterback used after starter Charlie Brewer left the game in the second quarter following a big hit he delivered on a defender.

There was an 81-yard catch-and-run touchdown by Trestan Ebner with 9:41 left in regulation and a 78-yarder to Chris Platt that set up John Mayers’ third field goal, a 27-yarder with 3:25 left to make it 23-all.

After Oklahoma scored on three plays to start overtime, Zeno was under tremendous pressure on Baylor’s chance. There were two incompletions before he was sacked for a 10-yard loss, and then he was under distress again when he flung a game-ending pass that fell to the ground. The Bears had only 105 total yards before the 81-yard TD pass in the fourth quarter. They finished with 265.

Jalen Hurts, who last year led Alabama’s comeback win over Georgia in the SEC title game, was 17-of-24 passing for 278 yards and a touchdown for the Sooners. CeeDee Lamb had eight catches for 173 yards after missing the previous game against the Bears.

Memphis (12-1, No. 17, CFP) finally won the AAC title in its third straight conference championship game. The Tigers now wait for an invitation to the Cotton Bowl as the highest-ranked Group of Five team.

Eight days after beating the Bearcats 34-24 at home in the regular-season finale, Memphis rallied for another win. Along with scoring the go-ahead touchdown, Gibson ran for 130 yards, including a 65-yard TD dash.

Cincinnati quarterback Desmond Ridder, who did not play last week against Memphis, passed for 233 yards and ran for 113 more.

The game became a back-and-forth battle in the fourth quarter. Sam Crosa’s 33-yard field goal with 4:23 left gave the Bearcats (10-3, No. 20 CFP) a 24-23 lead. On the Tigers’ next drive, Gibson caught two passes and ran five times, setting Memphis up at the Cincinnati 6. On the scoring play, Gibson was split right and caught White’s pass.

Jaylon Henderson threw for 212 yards and two touchdowns and ran for another score to lead No. 19 Boise State to a 31-10 victory over Hawaii in the Mountain West championship game.

Boise State (12-1, No. 19 CFP) won its second conference title in three years, beating Hawaii again this season after winning the Oct. 12th meeting, 59-37. After rolling up 518 yards of offense in the first game, the Broncos leaned on their defense in the rematch.

The Broncos made two defensive stands inside the 5, once in the second quarter and another early in the third.

Hawaii (9-5) was making its first appearance in the title game. It enjoyed some success through the air with Cole McDonald passing for 241 yards, but couldn't overcome early problems in the red zone.

Tied at 3 late in the first half, Boise State scored two touchdowns in a 53-second span on a pair of 36-yard touchdown strikes. Henderson dropped the first one into Khalil Shakir on a streak down the near sideline with 1:07 remaining in the half.

Then after Boise State stuffed Hawaii to get the ball back with 38 seconds remaining, Henderson fired a bullet to John Hightower, who made a leaping catch as he was undercut but used his left hand to maintain his balance before racing into the end zone.

Evans won the game's MVP for the second straight season.

Zac Thomas threw for 149 yards and two touchdowns, and Daetrich Harrington and Marcus Williams added touchdown runs. The Mountaineers racked up 416 yards on offense, including 267 on the ground in a dominating first half.

The Mountaineers (12-1) have won at least a share of four straight Sun Belt championships.

No. 1 Louisville breezes past EKU; No. 2 Kansas also wins

Dobbins, Fields power No. 2 Ohio State past No. 10 Michigan