Ian Cole scored his first goal of season in his 500th career NHL game, backup goalie Pavel Francouz stopped all 16 shots he faced in relief and the Colorado Avalanche beat the Boston Bruins 4-1 on Saturday night for their season-high sixth straight win.

Andre Burakovsky, Valeri Nichushkin and Gabriel Landeskog also scored for Colorado, which has won 11 of its last 14 games. The Avalanche posted their 11th win in their last 12 games in Boston, with their lone loss in the stretch coming in the last trip on Feb. 10 last season.

Francouz replaced starter Phillip Grubauer late in the first period. Grubauer left with an apparent injury after giving up a goal on four shots. 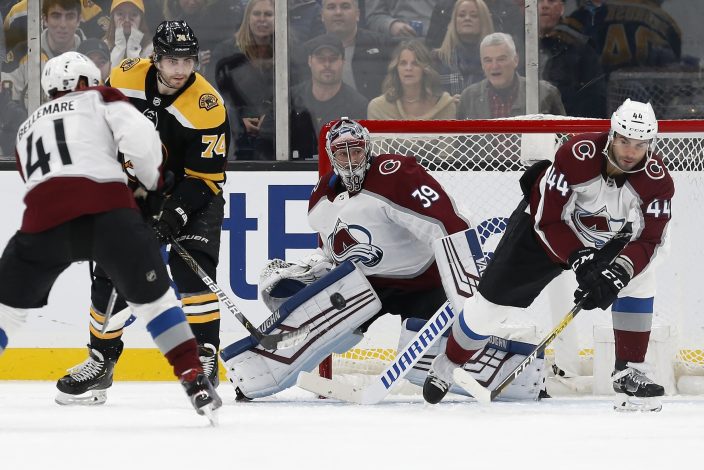 Chris Wagner scored for Boston, which lost its second straight and first in regulation at home this season after going 12-0-5. The Bruins were the NHL’s last team without a regulation loss on home ice.

The Bruins are also the first professional local team to lose at home since the Red Sox lost to the Baltimore Orioles on Sept. 28. The Patriots are 5-0 at home this season, and the Celtics improved to 9-0 on Friday. (The Revolution won their last home game on Sept. 29, and the Pride of the National Women's Hockey League are 9-0 at home.)

Jaroslav Halak had 16 saves for the Bruins. 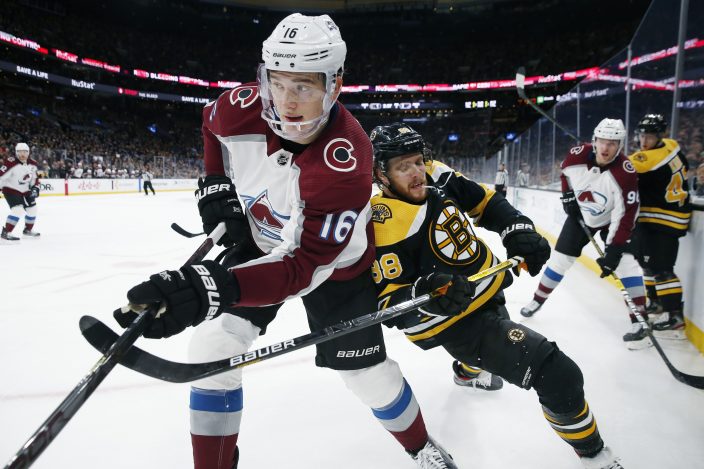 Trailing 1-0, the Avalanche tied it when Nichushkin cut in alone, shifted around Halak and slipped a backhander that barely crossed the goal line ahead of Boston forward Par Lindholm’s diving attempt to knock it away with his stick with 2:35 left in the opening period.

Immediately after the goal, Grubauer came off the ice and was replaced by Francouz. Grubauer slammed his stick onto the bench after he skated off.

Cole then made it 2-1 at 9:17 of the second period when he beat Halak with a blistering slap shot inside the far post from the left circle. 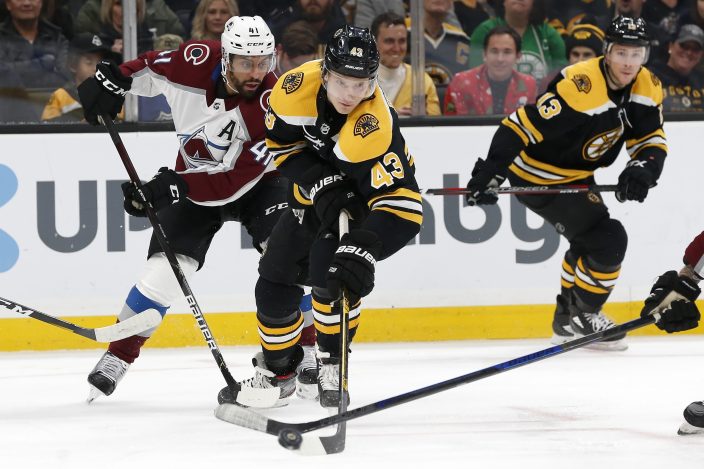 Colorado Avalanche's Pierre-Edouard Bellemare (41) watches as a teammate, out of frame at right, and Boston Bruins' Danton Heinen (43) reach for the puck during the first period of an NHL hockey game in Boston, Saturday, Dec. 7, 2019. (AP PhotoMichael Dwyer)

Burakovsky’s 12th goal of the season made it 3-1 late in the second. The forward slipped into the Boston zone slightly ahead of Bruins defensemen Charlie McAvoy and Matt Grzelcyk, who collided as they were trying to cut across the slot area. Burakovsky snapped off a shot from the left circle that slipped inside the right post at 18:21.

Seeking a spark from his lackluster team, Boston coach Bruce Cassidy juggled his lines in the second period. Colorado outshot the Bruins 14-8 through two periods.

Boston had taken a 1-0 lead when Wagner, cutting in front of the crease, tipped John Moore’s shot from the left point past Grubauer 13:14 into the game. 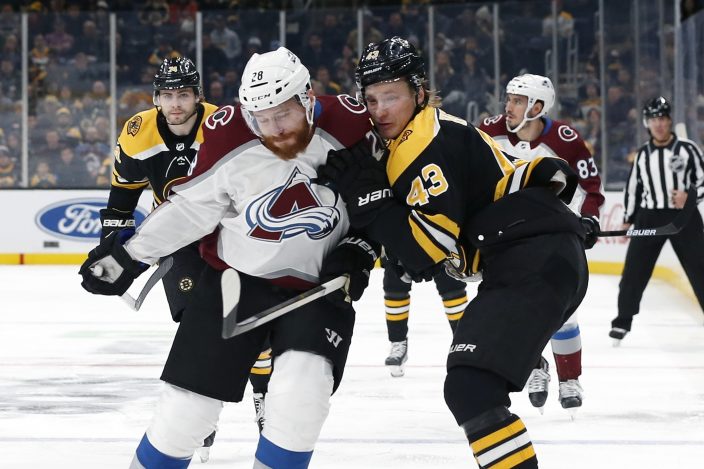 NOTES: Boston C Patrice Bergeron missed his seventh straight game with an upper-body injury. ... Colorado D Cale Makar went to the locker room after taking a hit from Boston’s Brad Marchand early in the third. ... The Avalanche entered the weekend as the league’s highest scoring team at 3.68 goals per game. ... Colorado beat Boston 4-2 at home on Oct. 10. … Colorado is 8-1-2 against Eastern Conference teams. ... The first two periods were penalty free.

Avalanche: Host Calgary on Monday in the opener of a three-game homestand. 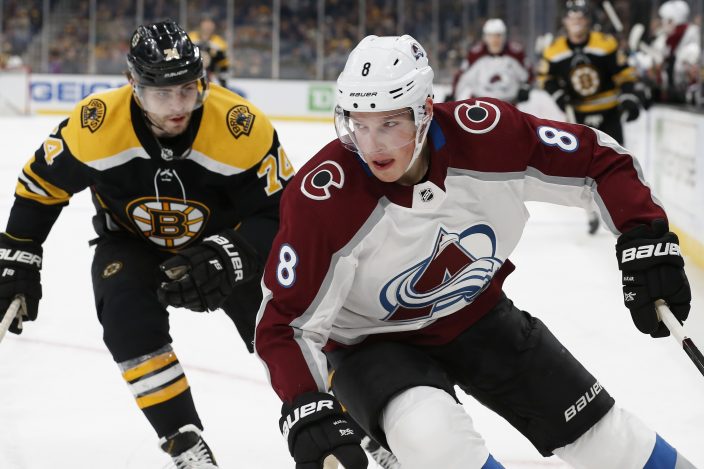 Bruins: At Ottawa on Monday in the first of a four-game road trip.

Gold's showing at nationals could bode well for fu ...

Gracie Gold is back. For how long ...