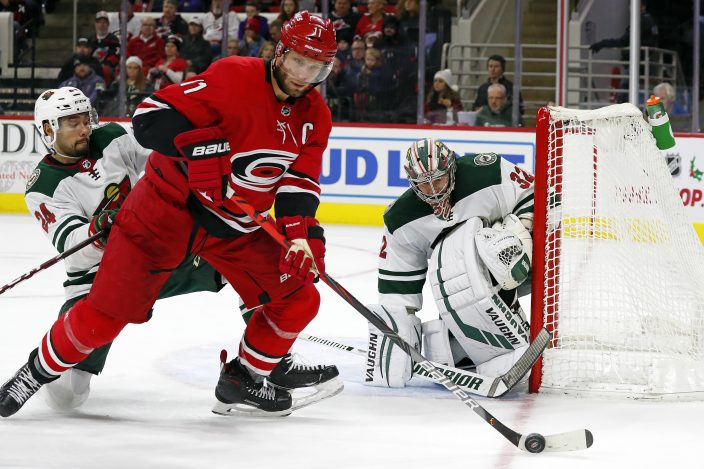 On a 5-on-3 power play, Teravainen fed Svechnikov on a point-to-goalmouth pass. That broke a 1-1 tie with 4:58 remaining in the first period and gave Carolina a lead it would not relinquish. Another cross-ice pass set up Aho for his first goal in the second period, and after Zuccarello cut the lead to 3-2, Teravainen found Aho again for a power-play goal 4:45 before the second intermission.

The Wild entered on an 11-game point streak (8-0-3) and got off to a good start when Donato lifted his own rebound behind Mrazek 2:21 into the game. Wallmark evened the score 9 minutes into the period, and then Teravainen went to work.

His three assists tied a career high that he has equaled six times, including once this season. Teravainen leads the Hurricanes with 22 assists, while Aho ranks first with 15 goals. Aho had the second assist on Svechnikov’s goal and won a faceoff back to Edmundson to set up his goal in the third period before closing the scoring with a shot into an empty net. 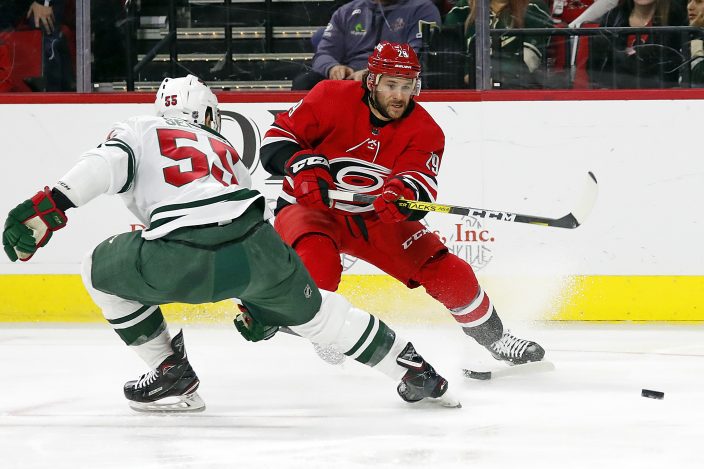 Carolina Hurricanes' Brian Gibbons (29) sends the puck past Minnesota Wild's Nick Seeler (55) and toward the goal during the second period of an NHL hockey game in Raleigh, N.C., Saturday, Dec. 7, 2019. (AP PhotoKarl B DeBlaker) 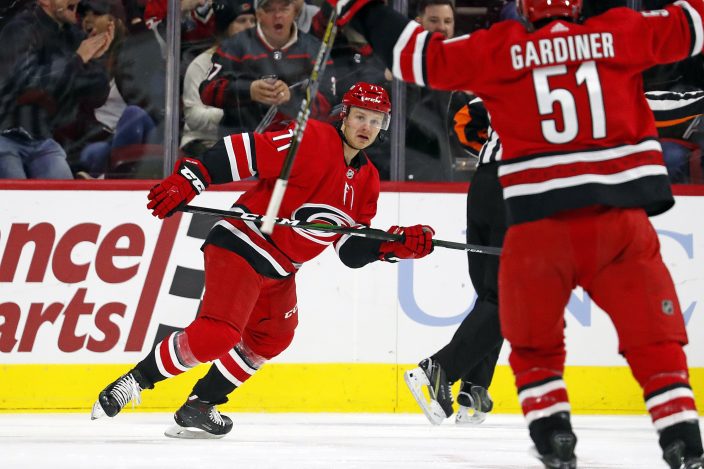 Carolina Hurricanes' Lucas Wallmark (71) looks toward teammate Jake Gardiner (51) after Wallmark scored a goal against the Minnesota Wild during the first period of an NHL hockey game in Raleigh, N.C., Saturday, Dec. 7, 2019. (AP PhotoKarl B DeBlaker)

Wild: Start a three-game homestand with a meeting with Anaheim on Tuesday.

Hurricanes: Begin a five-game western swing with a visit to Edmonton on Tuesday. 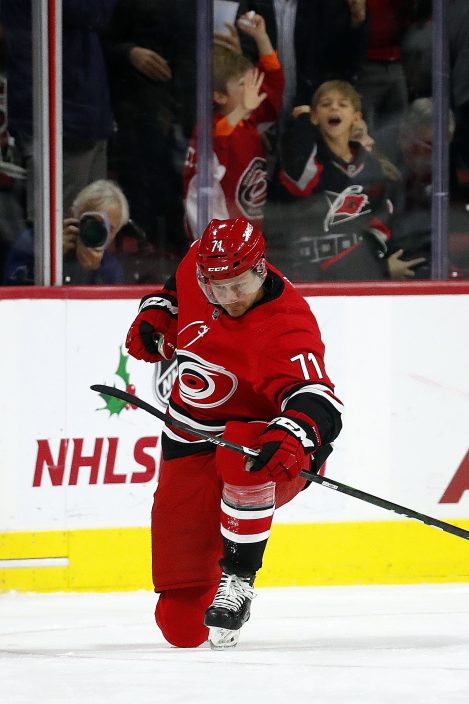 Carolina Hurricanes' Lucas Wallmark celebrates his goal against the Minnesota Wild during the first period of an NHL hockey game in Raleigh, N.C., Saturday, Dec. 7, 2019. (AP PhotoKarl B DeBlaker)

A Hawaii man with a history of run ...