Marchers are again expected to fill Hong Kong streets in a rally Sunday that will test the enduring appeal of the city's protest movement marking a half year of demonstrations.

Police granted approval for the march, which could boost participant numbers.

The rally was called by the Civil Human Rights Front, a group that has organized some of the biggest demonstrations since hundreds of thousands of protesters first marched on June 9. 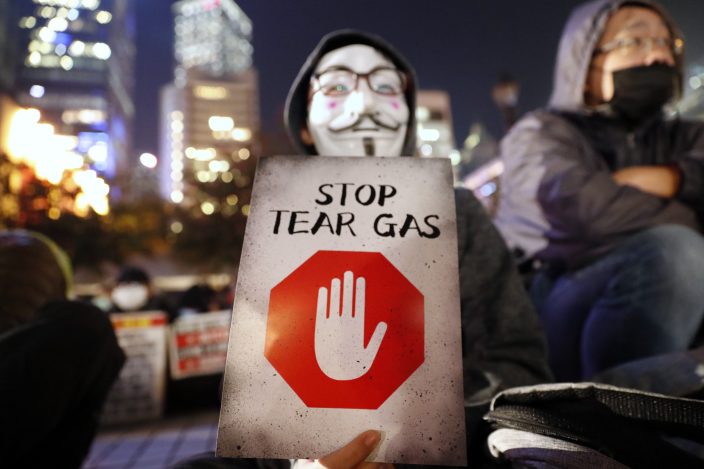 A protester holds a sign reading "Stop Tear Gas" during a rally against the police's use of tear gas in Hong Kong, Friday, Dec. 6, 2019. Hong Kong police have fired more than 10,000 tear gas canisters to quell violent protests that have rocked the city for six months. Its heavy and prolonged use in Hong Kong — one of the world's most densely populated cities and known for its concrete jungle of high-rises — is unusual and has sparked health fears. (AP PhotoVincent Thian)

That rally protested now-withdrawn government proposals that would have allowed criminal suspects to be sent for trial in Communist Party-controlled courts in mainland China.

The movement has snowballed from there into a sustained challenge to the government of the semi-autonomous Chinese territory and communist leaders in Beijing.