Several hundred protesters have braved the repressive climate in Belarus to hold a demonstration against deepening the country's ties with Russia.

The Sunday protest by about 500 people in the capital of Minsk was the second consecutive day of protest in a country that usually stifles dissidents.

The demonstrations were sparked by a Saturday meeting between Russian President Vladimir Putin and Belarusian leader Alexander Lukashenko in the Russian resort of Sochi. 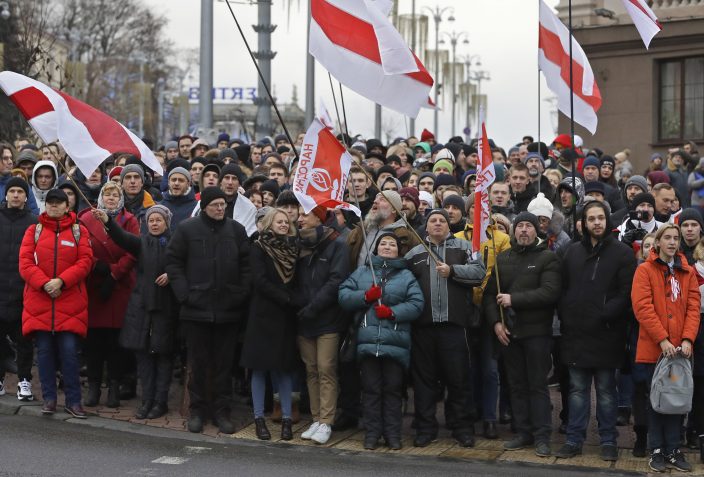 Protesters wait for a green light to cross the street as they attend a procession in downtown Minsk, Belarus, Sunday, Dec. 8, 2019. A rally was held to protest closer integration with Russia which protesters fear could erode the post-Soviet independence of Belarus, a nation of 10 million. (AP PhotoSergei Grits)

Belarus relies on cheap Russian energy and loans to maintain its Soviet-style economy. Russia has been pressuring Belarus for closer integration between the two ex-Soviet neighbors.

No immediate deal was announced after Saturday's talks but a senior Russian official said the leaders edged closer to an agreement.

The protesters fear that Russia could take over their country, much like Russia annexed the Crimean Peninsula from Ukraine in 2014.

Once relegated to support staff, N ...