Several thousand people rallied Sunday in the Ukrainian capital of Kyiv to demand that the president defend the country's interests in this week's summit with Russia, Germany and France on ending the war in eastern Ukraine.

Many Ukrainians are concerned that President Volodymyr Zelenskiy, a political novice, could be out-maneuvered by Russian President Vladimir Putin at the summit on Monday in Paris.

Zelenskiy is eager to make progress on ending the war with Russia-backed separatists in eastern Ukraine, where fighting has killed some 14,000 people since 2014. Russia wants to use the summit to increase pressure on Zelenskiy to fulfill the 2015 Minsk peace accord, which gives the rebel-held regions more autonomy in exchange for ending the fighting. 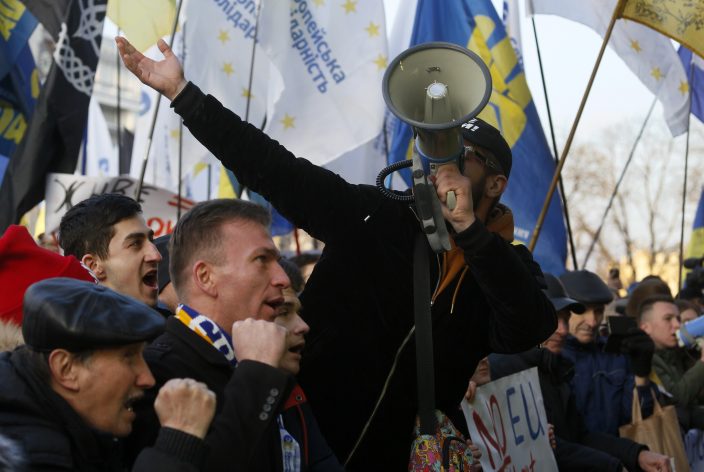 Germany and France helped to broker that 2015 deal, but it has been repeatedly ignored.

At the rally in Kyiv's Independence Square, demonstrators held banners reading “No compromises!” and “No surrender!” 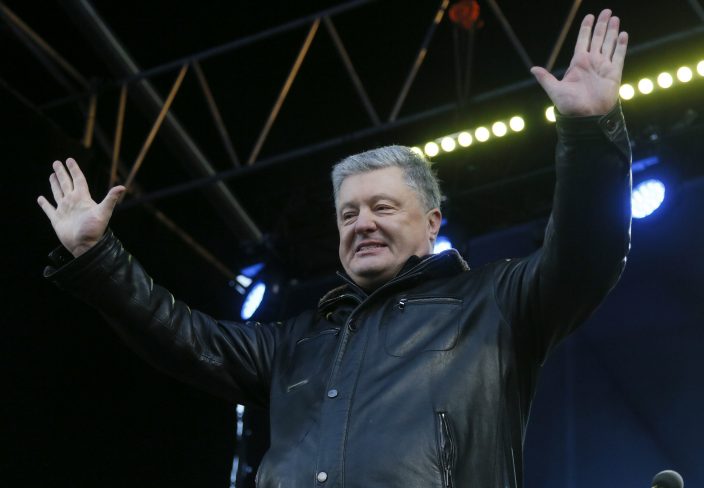 "I lost a lot of friends who were killed in the east, and I won’t allow their blood to be shed in vain. The authorities are negotiating with the Russians and making some deals behind our backs,” said Anton Trigub, a 36-year-old veteran of the fighting.

“For five years now, war has been going on in Ukraine, we are very tired ... But Putin can take advantage of this fatigue, and we do not need peace at all costs under Russian conditions,” said Tamara Lukashuk, a 52-year-old musician.

Former President Petro Poroshenko, who lost his re-election bid to Zelenskiy, told the rally “if if this peace is a surrender of Ukrainian interests, it is not peace but capitulation ... we cannot allow elections at gunpoint.”

“The first three steps that President Zelensky will take at a meeting in Paris: the terms and conditions of the return of captured Ukrainians; a real, not fake, ceasefire; and, of course, the withdrawal of foreign troops and bandit formations from the territory of Donbass,” Mendel wrote on Facebook, using a term for Ukraine's eastern regions.

Local elections may be held after border control is returned and “when there are no foreign troops and illegal armed groups” in the area, she wrote.