Jamie Vardy scored for an eighth straight game for Premier League high-flyer Leicester on Sunday with a double in a 4-1 dismantling of Aston Villa.

Jack Grealish did make it 2-1 just before the break but the Foxes were rarely in danger. 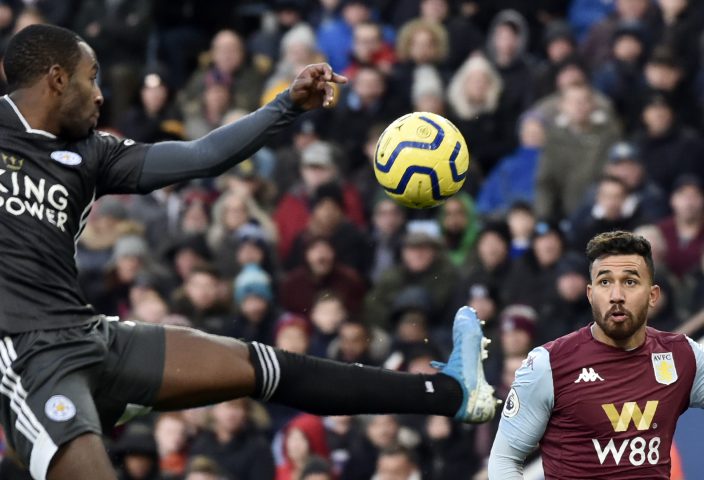 Brendan Rodgers' side are 14 points clear of fifth-placed Manchester United in the pursuit of Champions League qualification.

“We are up there, we are challenging and playing well,” Evans told broadcaster Sky Sports. "Probably now, today, I think people are starting to talk more about that.

“Coming away from Villa with a really good performance, I think that's the best Villa team we have played against for quite a while and we had to grind it out and it shows we are capable of getting good results.” 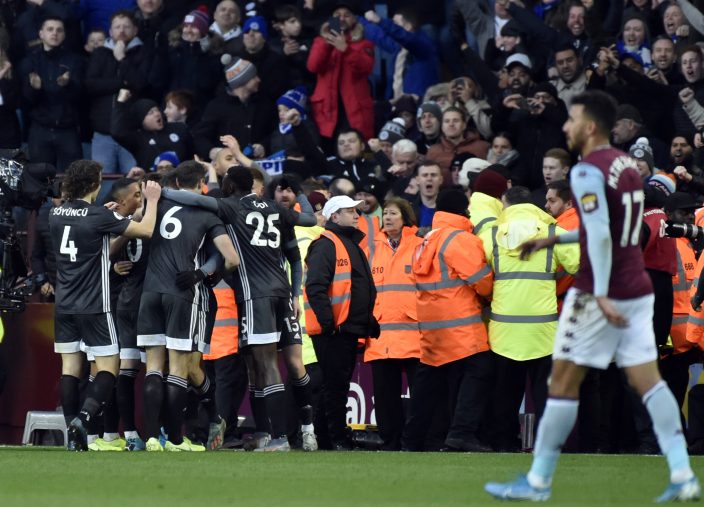 By contrast, Villa is only out of the relegation zone on goal difference after slipping to a fifth defeat in seven games.

Villa was wide open and Leicester should have taken the lead after 10 minutes.

Caglar Soyuncu knocked James Maddison's deep free-kick back for Evans, who could only shoot straight at goalkeeper Tom Heaton.

Immediately, Villa broke to spurn their own golden chance when Matt Targett crossed for Anwar El Ghazi to hit the bar from six yards.

With the chance went Villa's early hopes and they swiftly lost any grip of the game when Vardy continued his scoring streak in the 20th minute.

Wesley lost the ball and the lively Iheanacho slipped the striker in to race clear and round Heaton. Vardy miscued his kick when preparing to shoot but recovered to tap in, despite Konsa's efforts on the line.

Vardy is now just three games away from equalling his own Premier League record of scoring in 11 consecutive games.

Villa's problems were partly of their own making with center back Tyrone Mings unable to cover having already suffered a hamstring injury and the defender was immediately replaced by Bjorn Engels.

Villa could not handle Vardy's pace and Iheanacho's movement.

There was a touch of fortune but Leicester deserved to double its lead in the 41st when Maddison crossed and Iheanacho diverted in at the near post.

The Foxes were cruising but Grealish pulled a goal back in first-half injury time when he curled in from 16 yards after the visitors failed to clear a corner.

Leicester, though, wasted no time in restoring their two-goal lead four minutes after the break.

Evans escaped Villa's defence and was left unmarked to thump in a brilliant header from Maddison's corner.

The game was won although Maddison should have made it 4-1 only to clip the post.

Harvey Barnes also fired over five minutes later and Vardy wrapped up the game when he raced onto Dennis Praet's ball to roll under Heaton with 15 minutes left. It was Vardy's 16th goal of the season.