Chicago-area rapper Juice WRLD, whose real name is Jarad A. Higgins, was pronounced dead Sunday after a "medical emergency'' at Midway International Airport, according to authorities.

The Cook County medical examiner's office was notified of the the death of Higgins, of Homewood, on Sunday morning, according to office spokeswoman Natalia Derevyanny. An autopsy had not been conducted.

Police and fire officials confirmed a 21-year-old male was transported from Midway to an area hospital where he was pronounced dead. Chicago police said he experienced a "medical emergency.'' 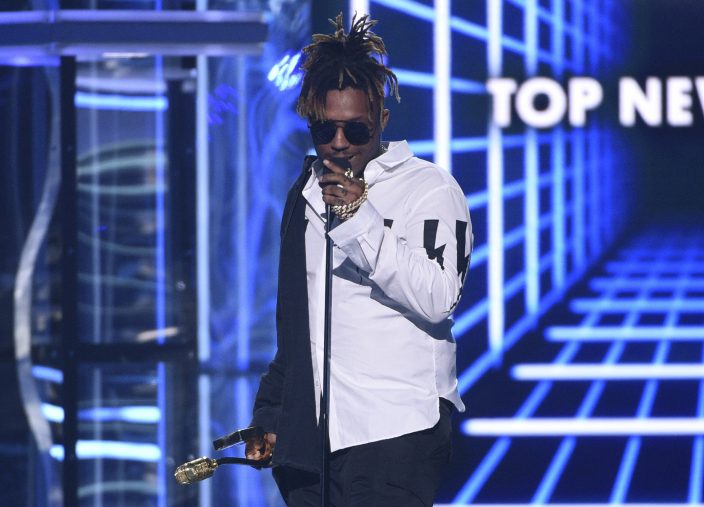 FILE - In this May 1, 2019 file photo, Juice WRLD accepts the award for top new artist at the Billboard Music Awards at the MGM Grand Garden Arena in Las Vegas. The Chicago-area rapper, whose real name is Jarad A. Higgins, was pronounced dead Sunday, Dec. 8 after a "medical emergency'' at Chicago's Midway International Airport, according to authorities. Chicago police said they're conducting a death investigation. (Photo by Chris PizzelloInvisionAP, File)

Chicago Fire Department spokesman Larry Langford said the transported man experienced cardiac arrest and was taken to a hospital from a small hangar at Midway, away from the main terminal, where private planes land.

Juice WRLD was named top new artist at the 2019 Billboard Music Awards in May.