Colin Miller scored 1:13 into overtime to give the Buffalo Sabres a 3-2 victory over the Edmonton Oilers on Sunday night.

Riley Sheahan and Joakim Nygard scored for the Oilers, who have lost four of their last six games. Mike Smith finished with 19 saves. 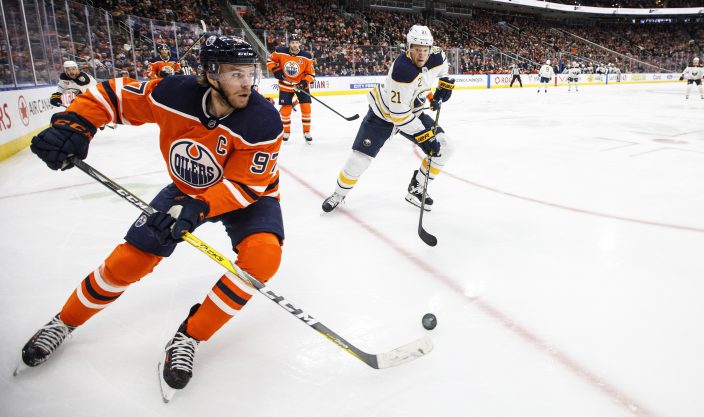 In the extra period, Miller took a feed through the crease from Marcus Johansson to score the winner. Jack Eichel picked up an assist on the play to extend his point streak to 13 games.

Trailing 2-0 after one period, Edmonton pulled within one 8:25 into the second as Nygard sent Sheahan in on a breakaway and he sent his first goal of the season while snapping a 30-game goal-scoring drought by tucking the puck through Ullmark’s legs.

Nygard tipped his second NHL goal in off a shot by Darnell Nurse to tie it in the waning seconds of a power play with 4:04 left in the middle period. 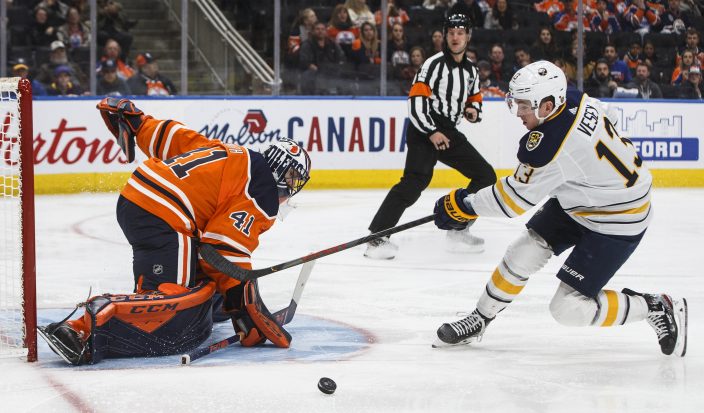 Okposo tipped Marco Scandella’s shot past Mike Smith 4:08 into the first period to open the scoring for Buffalo.

Larsson picked up a big rebound in front and put it five-hole on Smith for this third of the season and a 2-0 Sabres lead with 9:17 left in the opening period.

NOTES: The teams meet again Jan. 2 at Buffalo. ... Forwards Ryan Nugent-Hopkins and Zack Kassian returned to the lineup for Edmonton, with Nugent-Hopkins missing six games with a hand injury and Kassian out for three games with a bad back. ... The game marked the return of Sabres coach Ralph Kreuger to Edmonton. Kreuger coached the Oilers for the lockout-shortened 2013 season, before famously being fired over Skype and replaced by Dallas Eakins. ... Matt Benning (head) remained out for the Oilers while the Buffalo injury list included Matt Hunwick (neck), Vladimir Sobotka (knee), Tage Thompson (upper body) and Rasmus Dahlin (concussion). 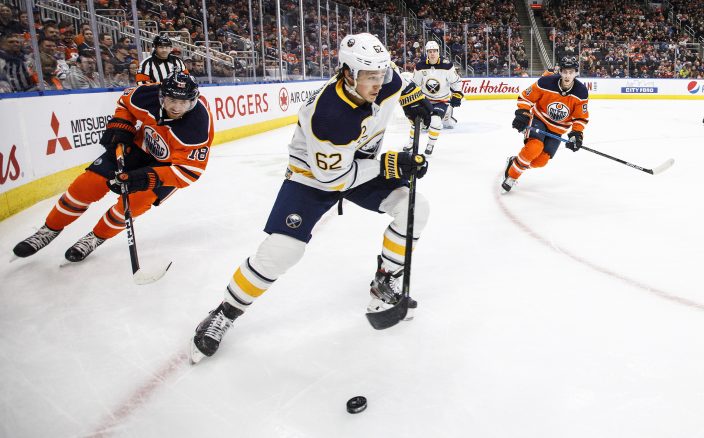 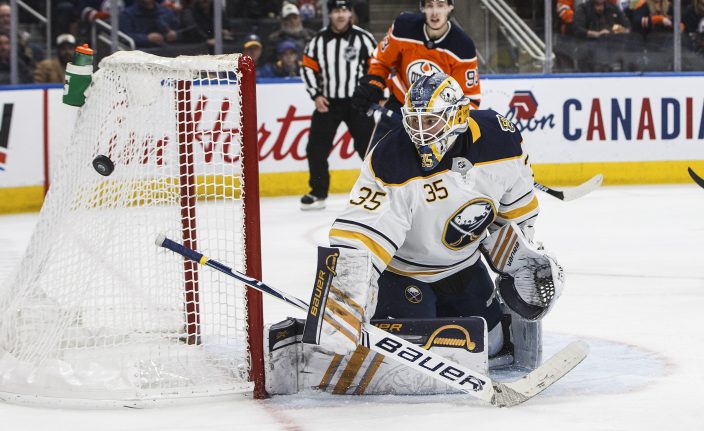 Buffalo Sabres goalie Linus Ullmark (35) makes the save against the Edmonton Oilers during the second period of an NHL hockey game, Sunday, Dec. 8, 2019 in Edmonton, Alberta. (Jason FransonThe Canadian Press via AP)