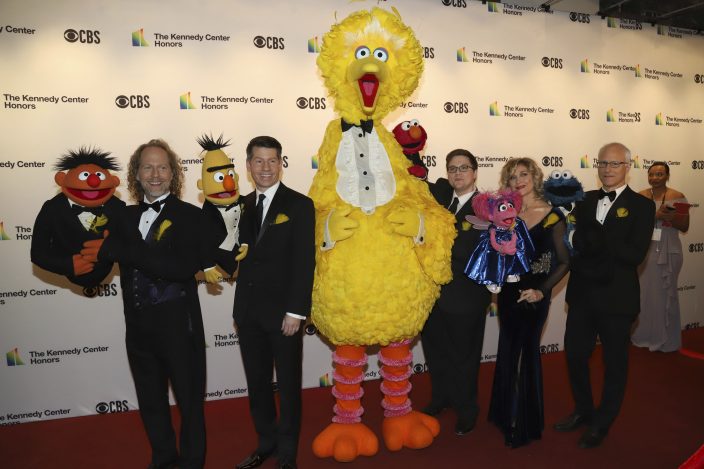 ACCIDENTAL SHOOTINGS BY POLICE — Law enforcement officers across the U.S. accidentally fire their weapons every year, and experts say it’s because of a lack of training. An Associated Press review found accidental shootings occurred in recent years at law enforcement agencies small and large and at all levels — city, county, state and federal. By Martha Bellisle. SENT: 2,370 words, photos. There is an abridged version available. WITH ACCIDENTAL SHOOTINGS BY POLICE-SCHOOLS — As the U.S. looks for ways to respond to mass shootings at schools, some say more people should carry guns, including teachers. By Martha Bellisle. SENT: 970 words, photos, video.

NAVAL AIR STATION SHOOTING - The Saudi gunman who killed three people at the Pensacola naval base had apparently gone on Twitter shortly before the shooting to blast U.S. support of Israel and accuse America of being anti-Muslim, a U.S. official said Sunday as the FBI confirmed it is operating on the assumption the attack was an act of terrorism. By Brendan Farrington and Michael Balsamo. SENT: 1,080 words, photos. Developing. WITH: NAVAL AIR STATION SHOOTING-VICTIMS -Families in Georgia, Florida and Alabama are mourning the deaths of sailors slain by a gunman at a Navy base in Florida. SENT: 750 words, photos.

NEW ZEALAND-VOLCANO-ERUPTS — A volcano has erupted on a small New Zealand island, and a number of people were missing and injured. Prime Minister Jacinda Ardern says about 100 tourists were on or near White Island when the volcano erupted and some of them are missing. Medical responders say they believe 20 people are on the island who need treatment. SENT: 530 words, photos, video.

TRUMP-RUSSIA PROBE — A Justice Department inspector general report is expected to say the FBI had a legitimate basis to open its investigation into ties between the Trump campaign and Russia. But it's also likely to cite multiple errors during the investigation. By Eric Tucker. SENT: 1,050 words, photo. UPCOMING: 1,200 words after release of report, time uncertain

TRUMP-IMPEACHMENT — Pushing ahead with articles of impeachment, the House Judiciary Committee convenes to formally receive the investigative findings against President Donald Trump as the White House mounts an aggressive attack on the proceedings. By Hope Yen and Lisa Mascaro. SENT: 1,080 words, photos, video. UPCOMING: 1,200 words after committee convenes at 9 a.m. With TRUMP-IMPEACHMENT-WHAT’S NEXT — Hearing the evidence, and drafting articles of impeachment. SENT: 550 words, photos.

For full coverage of the impeachment inquiry in AP Newsroom: https://newsroom.ap.org/page/impeachment

PALESTINIANS-ALTERNATIVE BETHLEHEM — For decades, the people of Bethlehem have watched tour buses drive up to the Church of the Nativity, disgorge their passengers for a few hours at the traditional birthplace of Jesus, and then return to Israel. SENT: 1,110 words, photos.

AMERICA-GLOBAL INFLUENCE — It’s whispered in NATO meeting rooms and celebrated in China’s halls of power. It’s lamented in the capital cities of key allies and welcomed in the Kremlin. Three years into Donald Trump’s presidency, America’s global influence is waning. In interviews with The Associated Press, diplomats, foreign officials and scholars from numerous countries describe a changing world order in which the United States has less of a central role. And in many ways, that’s just fine with the White House. By Tim Sullivan. SENT: 1,210 words, photos. This is the Monday Spotlight.

NATIVITY SCENE-REFUGEES— A Methodist church in California has unveiled a nativity scene depicting Jesus, Mary and Joseph as refugees in cages. SENT: 240 words.

MALAYSIA POLIO — Malaysia has began a vaccination campaign in a rural town on Borneo island after a 3-month-old boy was confirmed to have polio in the country's first case of the highly infectious virus in 27 years. SENT: 320 words.

ELECTION 2020-NEVADA — Nevada is the third state to vote in the presidential primary next year and is supposed to offer Democrats something different. It’s more diverse and its population is young, working class, urbanized and increasingly blue. But despite its distinctions, Nevada has not swung for a different kind of nominee. By Michelle L. Price. SENT: 1,050 words, photos.

TRUMP-IMPEACHMENT-MINNESOTA —Impeachment is turning up the heat on Minnesota Rep. Collin Peterson. Even though Peterson was one of just two Democrats who voted against opening the House impeachment inquiry, one conservative group has launched a half-million-dollar ad campaign hitting him on the issue. By Steve Karnowski. SENT: 1,080 words, photos.

ELECTION 2020-WARREN - Elizabeth Warren says Americans are ready for a presidential ticket with two women at the top. "Sure, why not?" the Democratic presidential candidate tells The Associated Press, suggesting voters are worried less about the gender of candidates rather than the message they're offering. By Meg Kinnard. SENT: 720 words, photos, video.

CHINA XINJIANG — A Chinese official says people who were at vocational training centers in China's far west Xinjiang have all “graduated" and are living happy lives. But Uighurs and other predominantly Muslim ethnic minorities from the region say their family members continue to be arbitrarily detained in camps and prisons. SENT: 450 words.

BRITAIN-BREXIT-ELECTION-SHIFTS IN HISTORY— Britain is facing the most testing and significant, some would say tortuous, period in its modern history since World War II. The country is going to the polls on Thursday and what many are calling the “Brexit election” will shape Britain's future. The polarized electorate now has a critical choice to make. SENT: 1,060 words, photos.

OFFICER SHOT-HOUSTON - A suspect has been charged with capital murder in the fatal shooting of a Houston police officer who was responding to a domestic violence report, officials say. SENT: 600 words, photos.

OFFICER KILLED-ARKANSAS - A police officer was "ambushed and executed" by a gunman as he sat in his patrol vehicle parked outside his police station in northwestern Arkansas, police say. SENT: 370 words.

GOLDEN GLOBE-NOMINATIONS — When nominations for the 77th annual Golden Globes are announced early Monday, movies like “Once Upon a Time ... in Hollywood," “Marriage Story" and “The Irishman” will likely have their names called multiple times. But the Globes, which split top film nominees into two categories and have a tendency to favor musicals, may also give a boost to the much memed, “Cats.” By AP Film Writer Jake Coyle. SENT: 410 words, photos.

HKO—HUMBOLDT-STRASCHNITZKI’S STEPS — The day Ryan Straschnitzki underwent surgery that would turn his body into something like a remote-controlled robot, the paralyzed hockey player had one deep worry: The 6-foot-1, 190-pound defenseman who once didn't miss a shift even after dislocating a shoulder told his dad he was afraid of needles. So began the path toward Ryan's first small steps since he was paralyzed from the chest down 17 months ago in the devastating Humboldt Broncos bus crash in Canada that killed 16, including some of his teammates and coaches. By Dan Gelston. UPCOMING: 800 words, photos by 4 a.m.