The 16-year-old Swede has drawn huge crowds with her appearances at protests and conferences over the past year.

“Our stories have been told over and over again,” Thunberg said as she spoke Monday at a U.N. climate meeting in Madrid alongside prominent German activist Luisa Neubauer. “There is no need to listen to us anymore.” 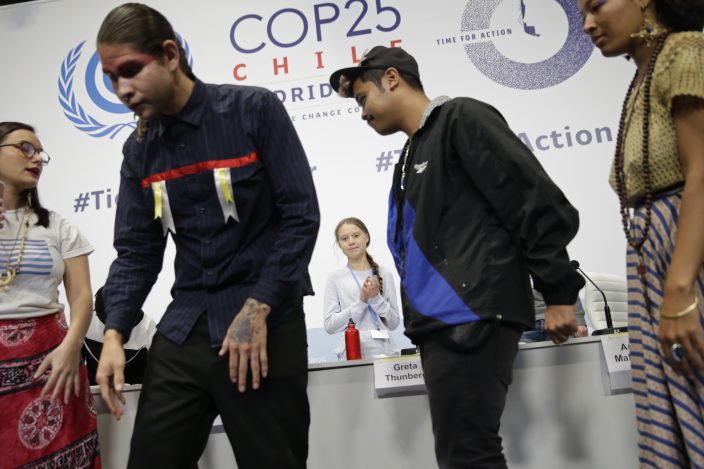 Thunberg has been the center of attention at the climate talks ever since she sailed back to Europe last week, having shunned air travel for environmental reasons. She left a protest march through the Spanish capital early after being mobbed by crowds of protesters and reporters Friday.

“It is people especially from the global south, especially from indigenous communities, who need to tell their stories,” she said before handing the mic to other young activists from the United States, the Philippines, Russia, Uganda, Chine and the Marshall Islands. 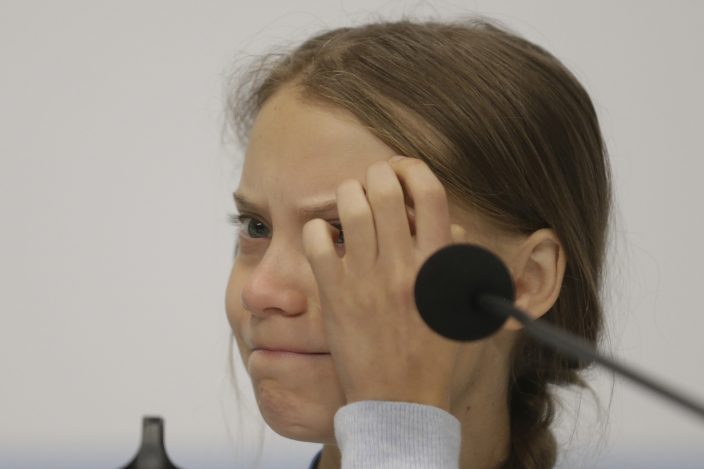 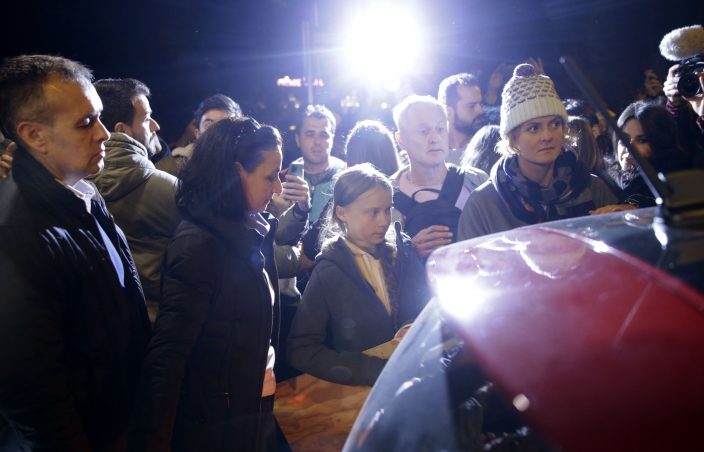