RJ Barrett was asked to explain something that would have been unusual to a 10-year veteran, let alone someone who had played 21 NBA games.

Was it strange to have a coach run practice, only to fire him after it ended?

“I mean, I have no idea. I just got here," Barrett said. “I don’t know how these things work." 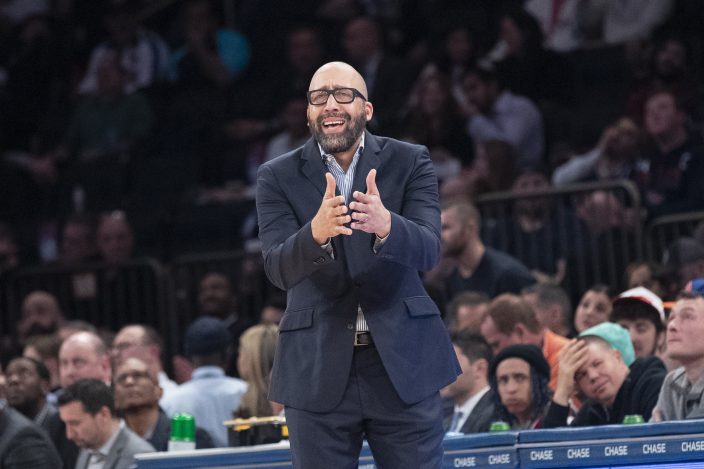 Welcome to life with the New York Knicks, rookie.

It's nothing new when they change coaches, but the firing of David Fizdale was a head-scratcher even for the Knicks. When they finally got around to announcing his dismissal last Friday, hours after the practice he led, the Knicks did it with a two-sentence statement void of any quotes or any other explanation. They played at home the next night and then departed the following day for a road trip, all without president Steve Mills or general manager Scott Perry commenting on Fizdale's removal. That left it up to the players to do all the talking.

The front office did speak earlier in the season, a strange press conference immediately after a Nov. 10 home loss to Cleveland in which they expressed their disappointment with the team's start. That put even more pressure on Fizdale beyond what he already faced trying to improve the NBA's worst team in its most unforgiving media market. 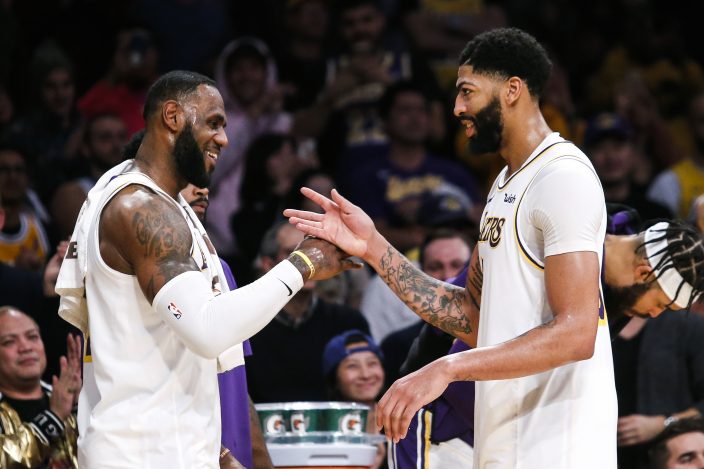 The front office had given Fizdale a new roster and not much time to mold it, which numerous coaches around the league thought was unfair.

“As coaches, sometimes you get caught in a storm," Indiana's Nate McMillan said.

The skies are always stormy over the Knicks, which can be a difficult adjustment for anyone once they arrive and see it up close. Barrett just spent one season around the picture of college basketball stability at Duke, where Mike Krzyzewski has led one of the nation's most prestigious programs for 40 seasons. 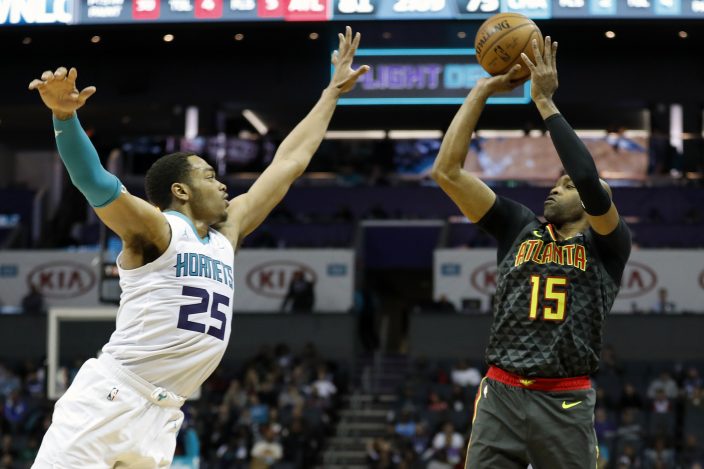 But the No. 3 pick in the draft knew to expect turbulence in the pros — even if it arrived earlier than maybe he could have anticipated.

“I don’t want to say surprised, just because I had a lot of good people in my ear telling me about different things in the league," Barrett said. “So not a surprise, but more so just try to be prepared for whatever comes my way."

With the Knicks, it will keep on coming.

Vince Carter is set to reach another milestone by playing in his 1,500th game.

The 42-year-old swingman will become the fifth player to reach the mark, with his next game scheduled for Tuesday when the Atlanta Hawks visit Miami.

Robert Parish is the career leader with 1,611 games played, followed by fellow center Kareem Abdul-Jabbar at 1,560. Dirk Nowitzki retired this year after playing in 1,522 games and Carter will soon pass John Stockton, who finished at 1,504.

Carter is coming off his highest-scoring game of the season, finishing with 17 points off the bench Sunday against Charlotte. He is averaging 5.6 points for the season.

ROLLING ON THE ROAD

The Los Angeles Lakers are about to put the NBA's best road record to the test.

They begin a five-game trip Wednesday in Orlando and two days later visit the Miami Heat, where LeBron James' old team is 10-0 at home.

Games in Atlanta and Indiana follow before it wraps up Dec. 19 with the highlight of the trip — and likely of the NBA season to this point. The Lakers visit Milwaukee for a nationally televised matchup between teams who share the league's best record at 21-3.

The Lakers have won 11 in a row on the road, their longest streak since the 1972-73 season. They haven't lost outside their own arena, with their opening defeat at Staples Center being designated a home game for the Clippers.

OTHER GAMES TO WATCH THIS WEEK

Denver at Philadelphia, Tuesday: The 76ers put their 12-0 record at home up against one of the best from the West.

New York at Golden State, Wednesday: The two teams at the bottom of the NBA standings. It only seems strange seeing one of them there.

Utah at Minnesota, Wednesday. The teams split a home-and-home series last month, with each winning on the road.

Dallas vs. Detroit, Thursday. First of two games in Mexico City on the week. Phoenix plays San Antonio on Saturday.

Pelicans fans let Anthony Davis have it in New Orleans. Kristaps Porzingis was treated as a traitor in New York.

Celtics fans jeered Kyrie Irving — and he didn't even play.

Home crowds love to boo players who they loved but then left, and it's happened in a few comeback games already this season. But things figure to sound different north of the border on Wednesday.

That's when Kawhi Leonard makes his lone trip to Toronto this season. He stuck around only one season after being acquired by the Raptors, but it was the most memorable one in franchise history. Leonard led the Raptors to their first NBA title, winning NBA Finals MVP honors, but the California native wanted to return home and signed with the Los Angeles Clippers.

Teammate Paul George wanted to get back to his home area, too, and Indiana Pacers fans still haven't forgiven him. George was booed throughout the Clippers' 110-99 victory in Indianapolis on Monday.

So how does George think things will sound Wednesday in Toronto?

“The exact opposite of what it was like tonight,” he said.

Ben Stokes fined, given demerit point for swearing at f ...

The floor of the Senate now belong ...