The U.N.’s highest court on Tuesday begins a hearing into allegations of genocide in Myanmar over the military campaign against the Rohingya minority, with leader Aung San Suu Kyi set to defend those who once held her under house arrest.

Myanmar’s military began a harsh counterinsurgency campaign against the Rohingya in August 2017 in response to an insurgent attack. More than 700,000 Rohingya fled to neighboring Bangladesh to escape what has been called an ethnic cleansing campaign involving mass rapes, killings and the torching of homes.

The head of a U.N. fact-finding mission on Myanmar warned in October that “there is a serious risk of genocide recurring.” It also found that Myanmar should be held responsible in international legal forums for alleged genocide against the Rohingya. 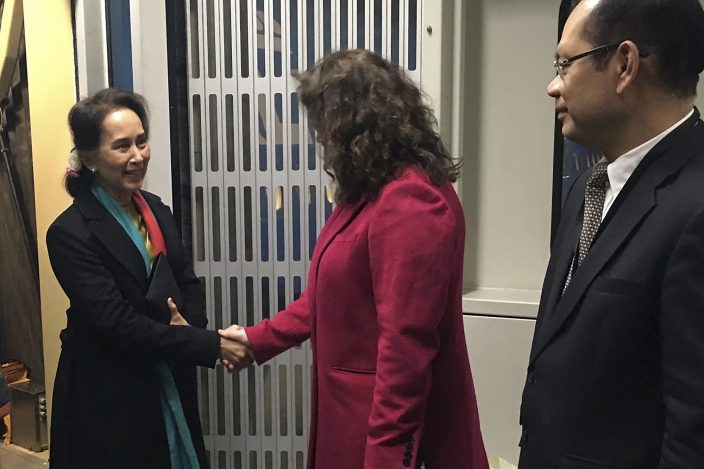 Gambia filed the case at the International Court of Justice demanding that the world court take “all measures within its power to prevent all acts that amount to or contribute to the crime of genocide.” Gambia took the action on behalf of the Organization of Islamic Cooperation.

Suu Kyi, who was awarded the 1991 Nobel Peace Prize for championing democracy and human rights under Myanmar’s then-ruling junta, will lead the Myanmar delegation to The Hague in her capacity as foreign minister.

This week’s hearings run until Thursday.

Police in Thailand have arrested a ...

Auschwitz survivor who was just 2 at liberation nurses ...

UN court to rule next week in Rohingya genocide case