After a bomb exploded in a downtown Atlanta park midway through the 1996 Olympics, a security guard initially cast as a hero was transformed into a villain virtually overnight. More than 20 years later, a movie to be released later this week, “Richard Jewell,” explores the roles played by law enforcement and the media in the guard's ordeal.

Now the movie is drawing its own share of criticism.

Kevin Riley, the current editor of The Atlanta Journal-Constitution, is disputing the film's depiction of the newspaper's reporting and decision-making processes, especially the portrayal of reporter Kathy Scruggs, who the movie implies traded sex with an FBI agent for a tip on the story. 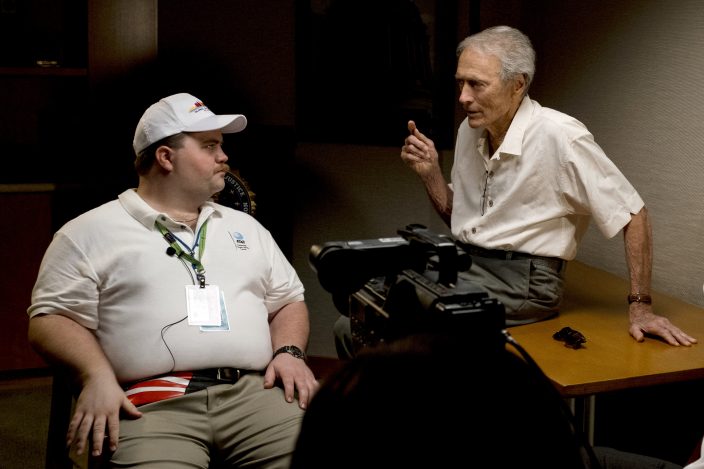 In this image released by Warner Bros. Pictures, director Clint Eastwood speaks with actor Paul Walter Hauser as they work during the filming of the movie "Richard Jewell." When a bomb exploded in a downtown Atlanta park midway through the 1996 Olympics, it set news reporters and law enforcement on a collision course that upended the life of a security guard, turning him from hero to villain overnight. Now, more than 20 years later, a recent book and upcoming movie explore Jewell's ordeal and the roles played by law enforcement and the media. (Claire FolgerWarner Bros. Pictures via AP)

In an interview with The Associated Press, director Clint Eastwood dismissed the criticism of his movie, which is based on a 1997 Vanity Fair article by Marie Brenner, by saying the paper likely is looking to “rationalize" its actions.

Jewell's saga began on July 27, 1996, when he spotted an abandoned backpack during a concert in Centennial Olympic Park shortly before 1 a.m. and helped clear the area as federal agents determined it contained a bomb. The explosion about 20 minutes later killed 44-year-old Alice Hawthorne of Albany, Georgia, and injured 111 people, some of them seriously. A Turkish television cameraman died after suffering a heart attack while running to film the explosion's aftermath.

Jewell, who likely helped prevent many more casualties, was initially hailed as a hero but a few days later was reported to be the focus of the FBI investigation, and the public quickly turned on him. 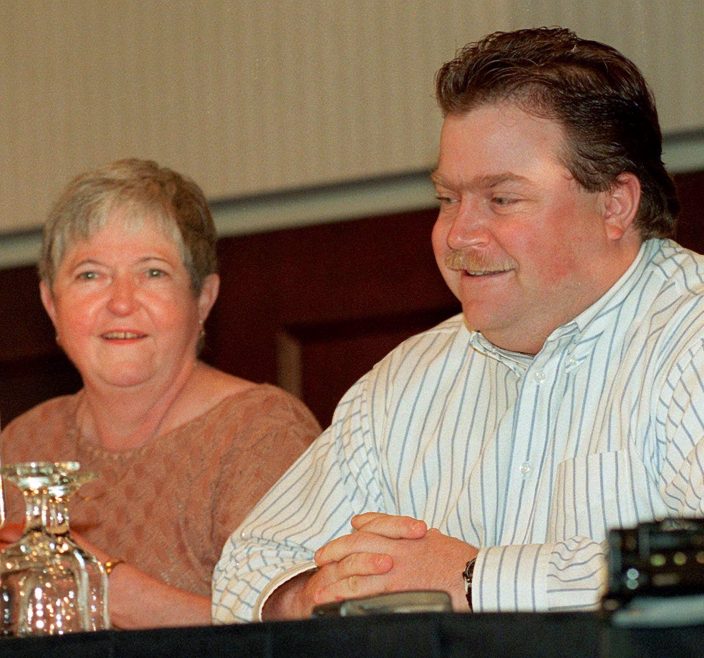 In this Oct. 28, 1996 photo, Richard Jewell, cleared of suspicion in the Olympic Park bombing, and his mother Barbara, face the media as Jewell's attorney Lin Wood addressed the press conference in Marietta, Ga. When a bomb exploded in a downtown Atlanta park midway through the 1996 Olympics, it set news reporters and law enforcement on a collision course that upended the life of a security guard, turning him from hero to villain overnight. Now, more than 20 years later, a recent book and upcoming movie explore Jewell's ordeal and the roles played by law enforcement and the media. (AP PhotoRic Feld, File)

The park reopened within days, the games continued and Jewell was publicly cleared three months later. But he grappled with the fallout for the rest of his life, and Atlanta lived with the fear and unease of a bomber still at large.

A new book, “The Suspect,” attempts to bring clarity to the aftermath of the bombing. Its authors were in the thick of it: Kent Alexander was the U.S. attorney in Atlanta when the bombing happened and Kevin Salwen led The Wall Street Journal's southeastern section.

In the frantic days after the bombing, Scruggs confirmed with law enforcement sources that the FBI was focusing on Jewell. The paper published that information three days after the explosion and scores of reporters descended on the apartment complex where Jewell lived with his mother, leaving them feeling as if they were under siege for months.

Jewell had made clear his dream of working in law enforcement and was endlessly mocked as an overzealous but bumbling wannabe cop.

It's easy to say in hindsight that the investigation focused too heavily on Jewell, Alexander said. But some of Jewell's actions and tips from people who knew him raised serious questions, the former prosecutor said. There was also the memory of a police officer at the 1984 Olympics in Los Angeles who was celebrated for disarming a bomb until it emerged that he'd planted it.

Doubts about Jewell's guilt surfaced quickly, especially once it became clear he couldn't have made a 911 call reporting the bomb from a pay phone blocks away.

In late October 1996, Alexander took the unusual step of sending a letter to one of Jewell's attorneys saying Jewell was not a target of the investigation.

"His name had been so badly muddied and tarnished that it just seemed like we should do something, so I did," Alexander said.

That left authorities sifting through dozens of possible suspects — the actual bomber, anti-government extremist Eric Rudolph, not among them. Rudolph, who was behind two more bombs in Atlanta in early 1997 and another in Alabama in January 1998, was eventually captured in 2003 and pleaded guilty in 2005.

The media frenzy surrounding Jewell drew backlash, and the Journal-Constitution was criticized for the “voice of God” style in its initial story, which carried no attribution and left the origin of the information unclear.

Ron Martz, who shared a byline with Scruggs on the scoop, said questions and rumors swirled in the wake of the horrific attack and he saw it as a public service to let people know where the investigation stood.

Scruggs had solid sources and the story had been through several editors, Martz said. Editors even had him take the highly unusual step of reading the entire story to an FBI spokesman to confirm that the information was correct and to make sure it wouldn't jeopardize the investigation.

But Martz said he regrets not pushing for clearer attribution on the original story, which could have spared the paper much grief with the addition of a just five words: “according to law enforcement sources.”

Once he was effectively cleared, Jewell's lawyers filed libel suits against numerous news outlets. Most settled, but the Journal-Constitution didn't. The legal battle continued for more than a decade, beyond Jewell's death in 2007 at age 44. The courts ultimately ruled the newspaper's stories weren't libelous because they were substantially true when published.

Criticism of the newspaper, and particularly Scruggs, was devastating to her, Martz said.

“She felt very hurt by the way she was being portrayed and the fact that this was to be the shining moment of her career and people were going after her personally to get at her professionally,” he said.

Scruggs was a “wild child," loud, foul-mouthed and often provocative, Martz said, but she was also relentless, hard-nosed and one of the best reporters he ever worked with. She died at 42 in 2001 from an overdose of prescription drugs.

In an op-ed, Journal-Constitution editor Riley wrote that there's no evidence Scruggs committed the breach of journalistic ethics implied in the movie and disputed implications that the newspaper's reporting was sloppy.

Eastwood defended the depiction of Scruggs, saying he'd “read a lot of material” on her that seemed to “corroborate the fact that she was somewhat on the wild side.” He also said the news media sometimes rushes because of competition to be first, and "they pull the trigger before they're dialed in.”

In a letter sent Monday to Eastwood, a Warner Brothers lawyer and others, a lawyer for the newspaper demands a public statement that dramatization was used in the the film's portrayal of events and characters, and asks that a “prominent disclaimer” to that effect be added to the film.

“It is highly ironic that a film purporting to tell a tragic story of how the reputation of an FBI suspect was grievously tarnished appears bent on a path to severely tarnish the reputation of the AJC,” lawyer Martin Singer wrote.

Warner Brothers fired back, saying that the newspaper's claims are baseless, that the film seeks to confirm Jewell's innocence and restore his name.

“It is unfortunate and the ultimate irony that the Atlanta Journal Constitution, having been a part of the rush to judgment of Richard Jewell, is now trying to malign our filmmakers and cast,” the studio wrote in a statement.

This story has corrected the spelling of the movie title in the first paragraph.