Sports punishments imposed on Russia this week closed one big body of work for the World Anti-Doping Agency.

Now, the sports lawyers can enter the field — yet again, in a doping scandal that has raged since 2014. 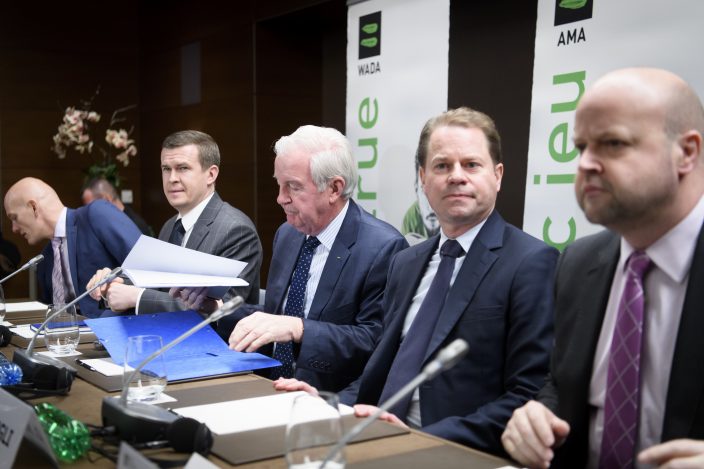 Russian President Vladimir Putin already said “we have the grounds to appeal,” and Prime Minister Dmitry Medvedev urged national sports authorities to take up the fight.

A four-year ban on Russia’s identity at Olympic Games and world championships is the main sanction for state tampering with data from the Moscow testing laboratory.

Athletes implicated in doping or whose data was manipulated will be barred from those major events. Russia also cannot bid for or be awarded rights to host those events, WADA’s executive committee agreed. 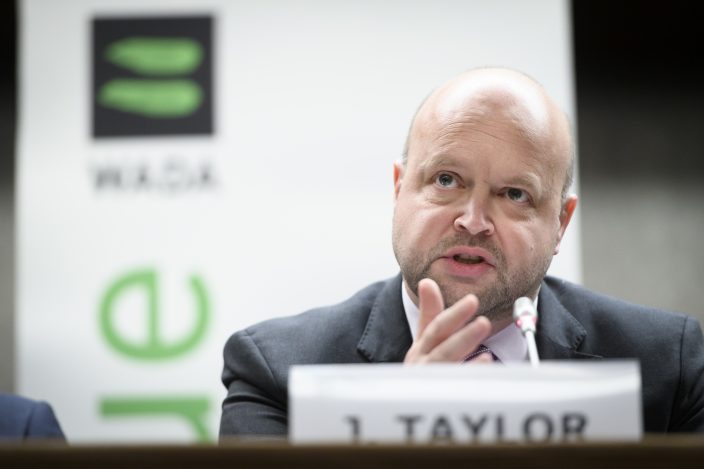 A hearing before the Court of Arbitration for Sport is expected early next year in Lausanne, Switzerland.

The next step is by RUSADA, the Russian anti-doping agency ruled “non-compliant” by WADA. Its supervisory board meets Dec. 19. 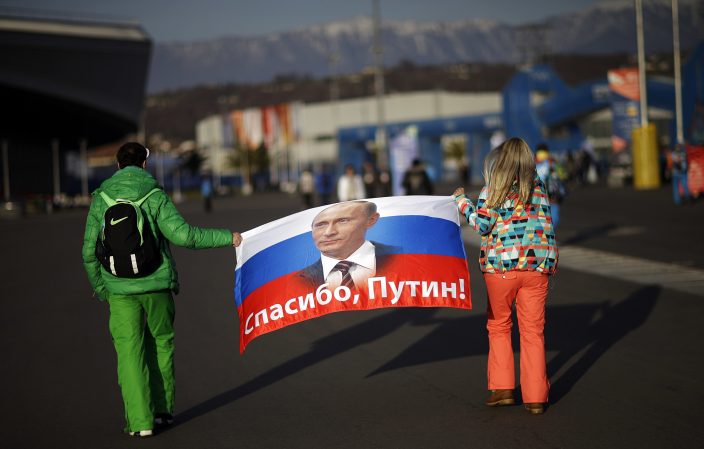 FILE - In this Feb. 23, 2014 file photo Veleriya Obarevich, right, and Yan Shamilov carry a Russian flag with the message "Thank you, Putin!" written across it in Russian through Olympic Park ahead of the 2014 Winter Olympics closing ceremony in Sochi, Russia. The World Anti-Doping Agency banned Russia on Monday Dec. 9, 2019 from the Olympics and other major sporting events for four years, though many athletes will likely be allowed to compete as neutral athletes. (AP PhotoDavid Goldman, file)

That’s within a 21-day deadline to accept or dispute WADA’s decision. Everything points toward a dispute for WADA to notify at the highest court in sports.

Each side gets to choose one judge from the CAS list of sports lawyers worldwide. The most in-demand judges typically have worked with each other in several previous cases.

Those judges selected have three days to pick a third judge to lead their panel. If they can’t agree, the pick falls to the CAS Ordinary Arbitration Division president — Carole Malinvaud, a Harvard Law School graduate who played junior golf for France.

WADA’s compliance rule book says the panel should then give a detailed verdict within three months. That should be in March or April, said WADA’s compliance panel chairman, Jonathan Taylor.

WADA rules also give CAS judges power to decide which of Monday’s sanctions to enforce. Any verdict that goes against Russia starts the four-year sanctions clock.

THE CASE AGAINST RUSSIA

WADA-appointed investigations and media reports have for years detailed state-run cheating and cover-ups.

The International Olympic Committee resisted WADA’s call for a blanket ban of Russia at the 2016 Rio de Janeiro Summer Games. The IOC appointed its own panel that verified the evidence weeks before the 2018 Pyeongchang Winter Games.

Hundreds of Russians competed at both Olympics after their personal anti-doping histories were vetted.

Russia’s route to closure in the saga was WADA reinstating RUSADA in September 2018.

A key condition was to hand over data and doping samples from the Moscow lab, shut down in 2015 and sealed by state security forces.

WADA finally got the data in January. Forensic analysis compared it to previous evidence and a database copy provided by a whistleblower in 2017.

The IOC agreed that WADA proved data was deleted and altered, including fake evidence planted to shift the blame on whistleblowers.

Tampering continued into January 2019 — creating a new rules violation, even if some of the athletes implicated had previously been prosecuted.

WADA has used new compliance rules, and a broader slate of punishments, updated in April 2018 to handle the latest case.

“The rules are tougher and tighter because we learned from some of the difficulties that were caused the first time round,” Taylor said Monday.

Still, Putin questioned if these sanctions are valid because the Russian Olympic Committee is not directly implicated in tampering.

“It means that WADA decision contradicts the Olympic Charter,” Putin said in Paris on Monday.

However, section 11 of the compliance document detailing “consequences” does let WADA do what it did, to “athletes and athlete support personnel affiliated to that country” under investigation.

The IOC’s life ban from the Olympics for the long-time Russian sports minister, now deputy prime minister, was overturned at CAS. The Olympic body was judged to lack jurisdiction over government officials.

Russia also got some Sochi medals back at CAS, days before Pyeongchang opened, when 28 of 39 athletes won their appeals against Olympic life bans and disqualifications.

CAS rulings can be appealed to Switzerland's supreme court on limited grounds, though rarely succeed.

Another Russian potential appeal to CAS in 2020 is over a neutral team name to use in Tokyo.

The IOC’s offer of “Olympic Athlete from Russia” was accepted for the 168-strong team in Pyeongchang. Now WADA leaders say the word “Russia” is off the table.

Taylor said: “The message is — the team that goes there is not a representative of Russia.”

Catalan ex-police chief on trial for role in secession ...

The former head of Catalonia's reg ...

Russia gets extra time over track and field doping forgery

Russian boxers to boycott Olympics if sanctions not lifted