Jadon Sancho scored one goal and set up another as 10-man Borussia Dortmund beat Slavia Prague 2-1 on Tuesday to qualify for the Champions League knockout stages.

Dortmund went into the game knowing it would have to get a better result against Slavia than its Group F rival Inter Milan could manage against already qualified Barcelona.

Both games were 1-1 at halftime, giving Inter the initiative, but Julian Brandt scored Dortmund's second goal, and Barcelona ground out a 2-1 win over Inter. 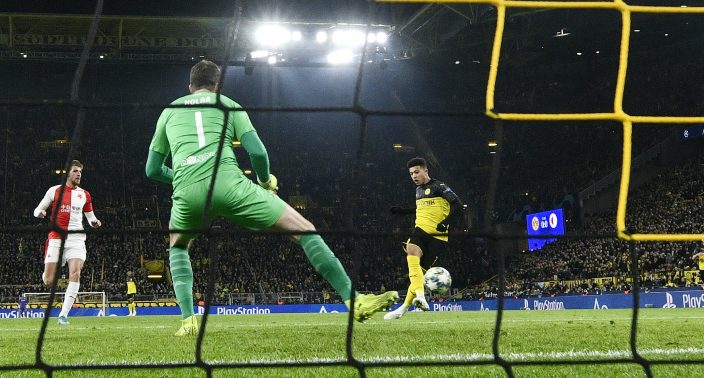 Dortmund's win was far from convincing and its goalkeeper Roman Bürki had to make repeated saves because of poor positioning in defense.

A defense-splitting pass from Julian Brandt led to Sancho scoring Dortmund's first goal. Passing from deep, Brandt found Marco Reus, who squared the ball for Sancho to tap in.

Despite the financial gulf between the German and Czech clubs, Slavia had the better of the first half and forced Bürki into a series of acrobatic stops. Dortmund's luck ran out when a hole opened up in the center of Dortmund's defense in the 43rd minute, giving captain Milan Skoda plenty of time to set up Tomas Soucek to score. 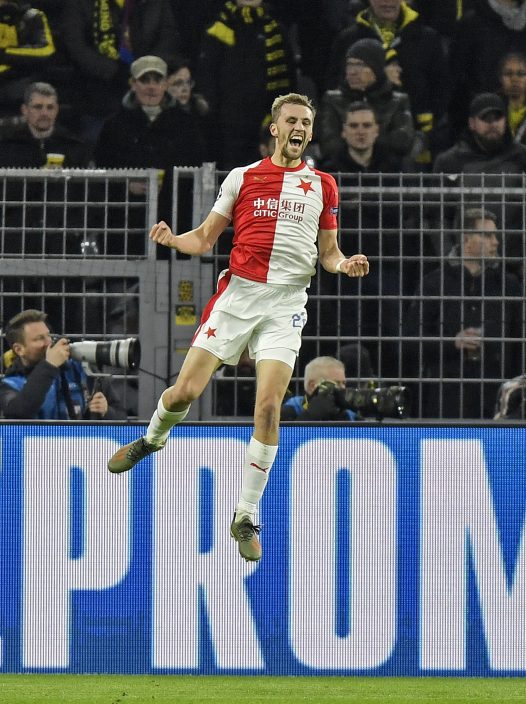 In the 61st it was Sancho's turn to set up Brandt, sending a ball down the left for his teammaet to run on to and beat Slavia goalkeeper Ondrej Kolar at his near post. Bürki kept Dortmund's Champions League hopes alive with another big save in the 73rd before Slavia sent another good chance just wide at a corner.

Dortmund lost Julian Weigl to a red card in the 77th after two bookings.