Doing their best to keep as much of their World Series roster intact as possible, the Washington Nationals announced they re-signed catcher Yan Gomes and infielder Howie Kendrick on Tuesday, a day after bringing back Stephen Strasburg for $245 million.

Mike Rizzo, Nationals general manager and president of baseball operations, said Tuesday there are on-going talks with representatives for third basemen Anthony Rendon and Josh Donaldson. Washington would like to bring back Rendon, a prized free agent on the open market for the first time, but must prepare a backup plan in case it doesn't happen. 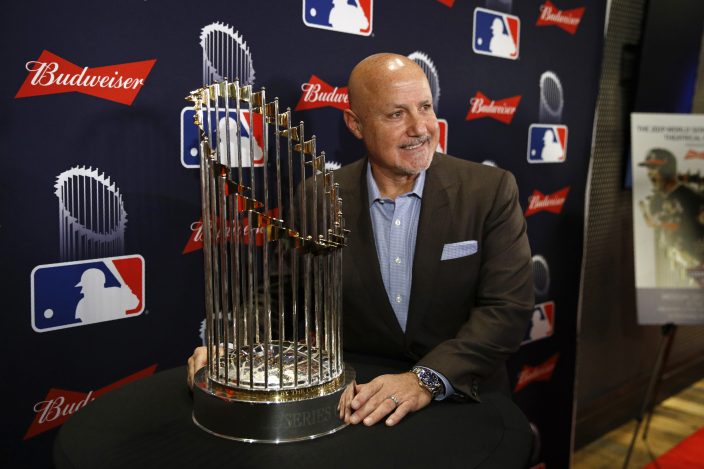 “We've had conversations about Anthony throughout the process. I don't get my daily update from (agent) Scott (Boras), but we're in communication and I don't sense anything is imminent at this point," Rizzo said.

"I think we go down several different roads, and at the end of the day we'll see where those roads lead us. It's one of our needs to get an infielder, so we'll see if we can fill those needs and put together a lineup that can compete.”

Rizzo said he's looking primarily at the free agent market to add an infielder, rather than via trade. 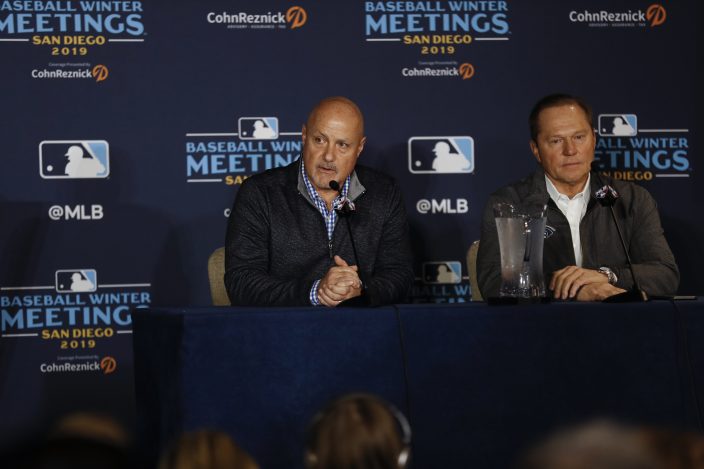 The 32-year-old Gomes split catching duties in 2019 with Kurt Suzuki and hit .223 with 12 homers and 43 RBIs in his first season in Washington.

Kendrick, 36, batted .344 with 17 home runs and 62 RBIs during the regular season, then was a major reason the Nationals won the franchise's first championship. He is expected to spend time at first base and second base next season.

He hit a grand slam in the 10th inning of Washington's Game 5 victory of the NL Division Series against the Los Angeles Dodgers, earned MVP honors in the NL Championship Series sweep of the St. Louis Cardinals, and delivered a go-ahead two-run shot in the seventh inning of Game 7 of the World Series against the Houston Astros.

Strasburg, the World Series MVP, had become a free agent by opting out of the last four years and $100 million of his existing contract. But he agreed to a new seven-year deal Monday that established records for largest total value and average annual value ($35 million) for a pitcher.

Washington now has 33 players on its 40-man roster.

The presidents of France and Germa ...