Blake Wheeler, Andrew Copp and Patrik Laine scored in a two-minute span in the second period and the Winnipeg Jets dealt the Detroit Red Wings their 12th straight loss, 5-1 on Tuesday night.

Wheeler began the barrage at 16:43 of the second when he beat Eric Comrie, who was making his first start in goal since Detroit acquired him in a trade with Arizona on Nov. 30.

Copp and Laine followed with goals 11 seconds apart, boosting the score to 4-1 by the 18:43 mark. 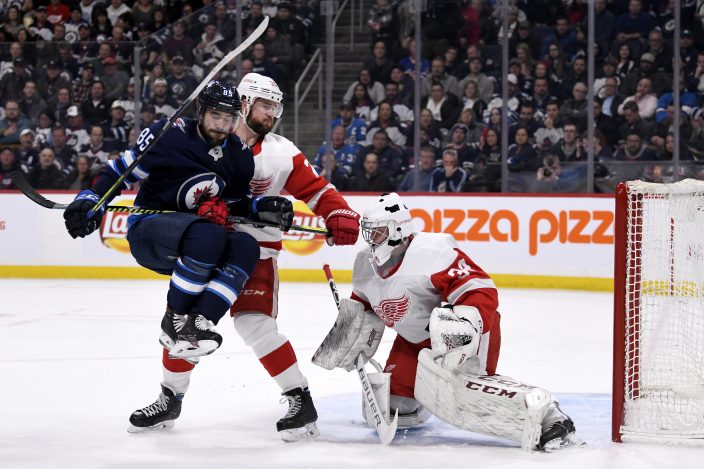 Adam Lowry scored a first-period, short-handed goal and Mark Scheifele added his team-leading 14th of the season on the power play at 5:04 of the third. Copp and Wheeler also each had an assist for the Jets (19-10-2).

Lauren Brossoit made 15 saves for the Jets, who have won four straight at home and are 9-2-1 in their last 12. 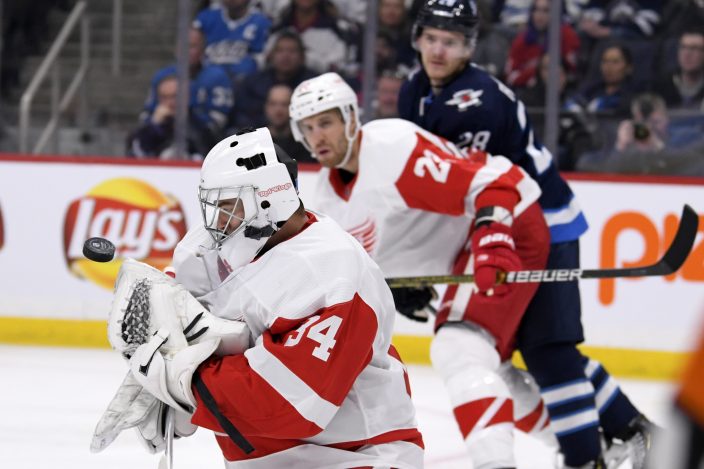 Detroit Red Wings goaltender Eric Comrie (34) makes a save against the Winnipeg Jets during the second period of an NHL hockey game, Tuesday, Dec. 10, 2019, in Winnipeg, Manitoba. (Fred GreensladeThe Canadian Press via AP)

Jets goalie Connor Hellebuyck came into the game for one minute and nine seconds during the second period when Brossoit left the ice to deal with an equipment problem. Hellebuyck faced two shots, one of them Ehn's goal.

Comrie stopped 25 shots in a familiar arena. The Edmonton-born netminder was given a video tribute during the first period to recognize his time with the Jets organization. Comrie was drafted by Winnipeg in 2013 and spent parts of six seasons with the franchise, mainly with its American Hockey League affiliate, the Manitoba Moose.

Lowry scored at 12:17 of the first after he and Copp went in alone on Comrie while the Jets were killing Kyle Connor's slashing penalty. 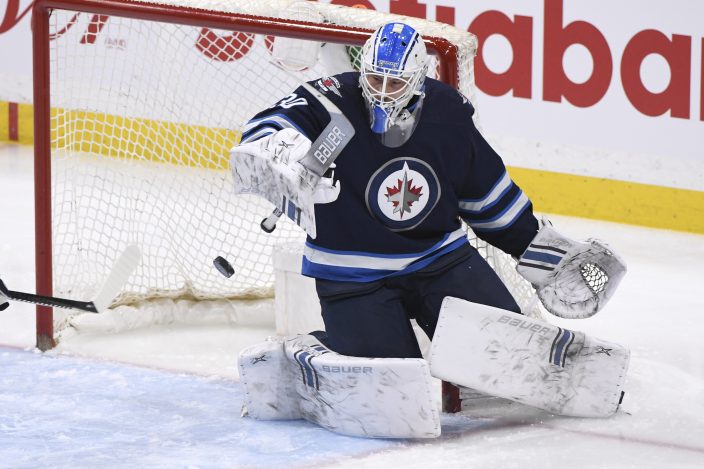 After a rebound and scramble in the crease, Comrie had the puck under his arm and Lowry banged at the puck with his stick until it went into the net. Detroit challenged for goaltender interference, but the official announced the puck hadn't been completely frozen, so the goal stood.

Ehn tied it 1-1 at 7:39 of the second before Winnipeg responded with the onslaught.

Wheeler got his 200th goal with the Jets franchise, Copp deflected in a Josh Morrissey point shot and Laine made it 4-1 after he stick-handled his way through defenders and beat Comrie. 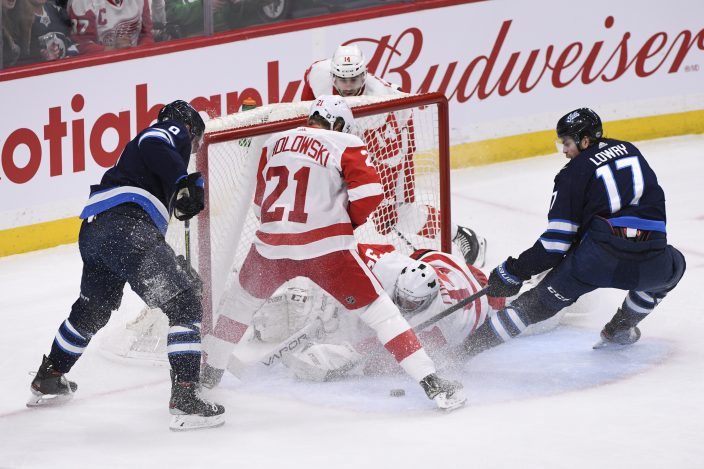 The Jets had outshot the Red Wings 26-12 through two periods.

Scheifele's goal extended his point streak to four games with five goals and one assist in that span.

Detroit had a two-man advantage for just over a minute midway through the third period but couldn't capitalize.

Red Wings: Host Winnipeg in a rematch on Thursday.

Jets: Travel to Detroit for rematch with the Red Wings on Thursday.