Hassan Whiteside added 17 points and 15 rebounds, and the Blazers ended a two-game skid. Portland led by as many as 32 points.

Julius Randle had 15 points for the Knicks, who have won just four games, fewest in the league. They have one win on the road. 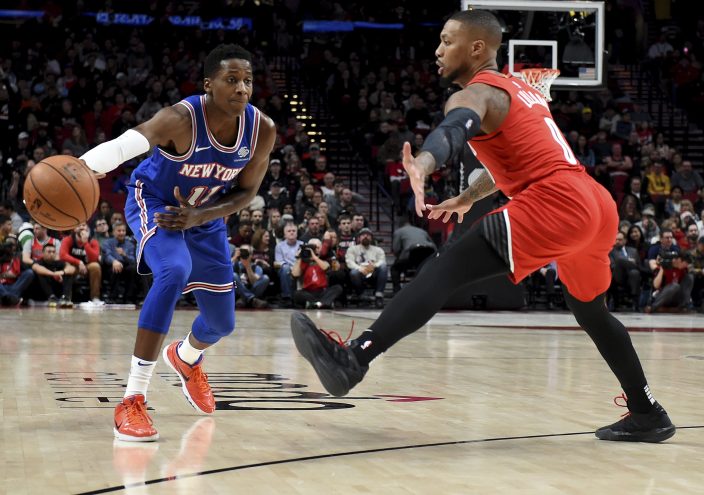 The Knicks opened their four-game West Coast trip in disarray after coach David Fizdale was fired on Friday, just hours after he ran practice. Mike Miller was named interim head coach, and New York lost 104-103 at home to Indiana the next night.

In Portland, New York faced Carmelo Anthony, who played for the Knicks from 2011-17.

When the Blazers picked up Anthony on Nov. 19, the 10-time All-Star had been out of the game for more than a year. But he has fit in well with Portland as a starter, averaging nearly 16 points and six rebounds a game. 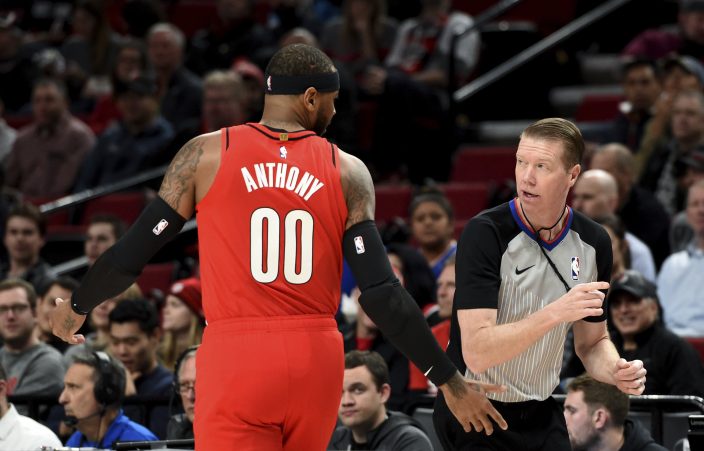 Portland Trail Blazers forward Carmelo Anthony, left, speaks with official Ed Malloy after being called for a foul during the first half of an NBA basketball game in Portland, Ore., Tuesday, Dec. 10, 2019. (AP PhotoSteve Dykes)

Portland was coming off a 108-86 loss at home to Oklahoma City on Sunday, with the team still reeling from the loss of Rodney Hood, who tore his left Achilles tendon in a loss to the Lakers on Friday. Hood will miss the rest of the season.

Lillard's step-back 3 pointer put the Blazers up 32-22 at the end of the first quarter. Lillard had 17 points in the opening period. 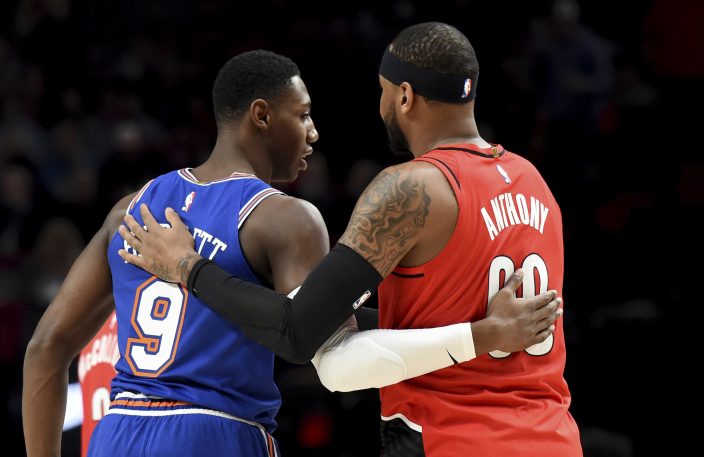 Portland led by as many as 21 points in the half and was up 60-41 at the break behind 25 points from Lillard.

Lillard's 28-foot 3 pointer put the Blazers up 74-47 midway through the third quarter. He didn't play the final quarter. 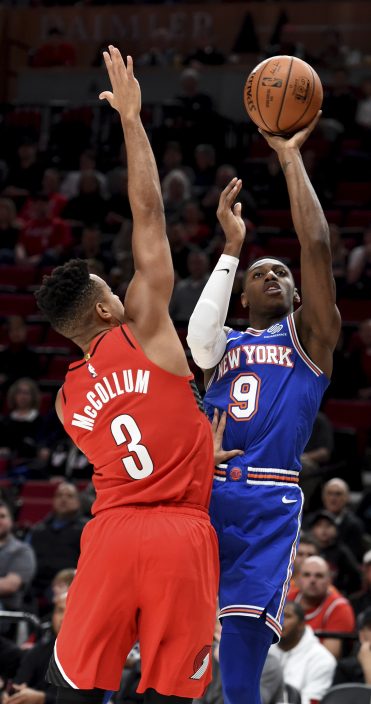 Anthony and CJ McCollum went to the bench for good early in the fourth. Miller also sat his starters for much of the final period.

Trail Blazers: A report surfaced earlier Tuesday that Kevin Love, currently with the Cleveland Cavaliers, would be interested in playing for Portland. Love grew up in Oregon and was a star at Lake Oswego High School. The Blazers are considered candidates to make deals when trade restrictions lift on Dec. 15 because of their need at forward.

The Trail Blazers visit Denver on Thursday, the first of a two-game trip.

An earthquake with a preliminary m ...

Australia tries to recover bodies of 3 from US wildfire ...

A tanker plane that crashed and ki ...