They're calling it a circus, a farce and even zany.

President Donald Trump and his Republican allies have spent weeks trivializing the House impeachment inquiry ahead of Tuesday's historic unveiling of formal charges against the president.

Where Richard Nixon and Bill Clinton treated the prospect of impeachment as a serious threat to their presidencies, Trump's boosters have tried to brush off the whole thing. Believing that acquittal by the GOP-controlled Senate is all but certain, they're out to convince voters to punish the president's Democratic accusers — or at least tune out the Washington spectacle. 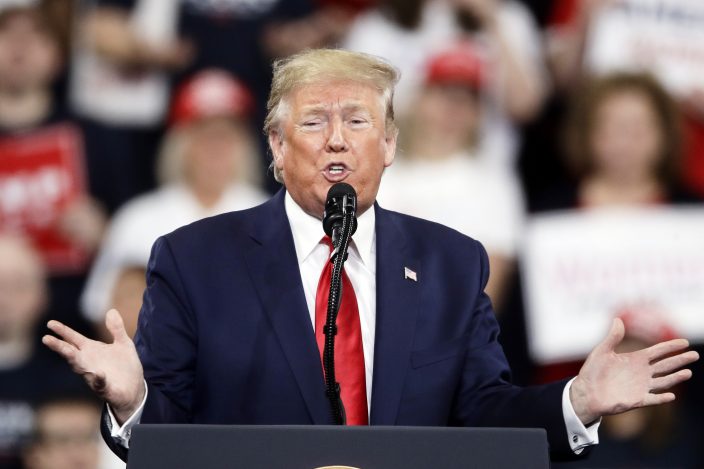 To that end, they have belittled the impeachment process with mockery, schoolyard taunts and an unyielding insistence that Trump did not a single thing wrong. They have stonewalled, refusing to allow witnesses to testify; protested by declining to send their own lawyers to hearings, and dished out the ultimate Trumpian insult: calling the proceedings boring.

In the process, the president and his allies have largely glossed over the substance of allegations of abuse of power and obstruction of Congress, making light of what is likely to be only the third presidential impeachment in the nation’s history.

It’s a strategy borne of Trump's instincts and informed by the results of polling and focus groups. The president and his allies believe the effort has been effective, especially when it comes to keeping independent voters skeptical of the process. It is also a reflection of the country's increasingly polarized political environment. 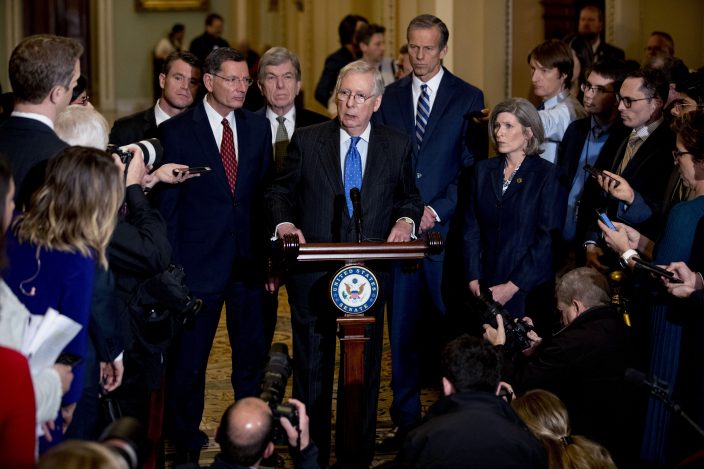 "Why would we legitimize this process that the American people can't even follow, aren't digesting,” White House counselor Kellyanne Conway said Monday when asked why the White House had chosen not to participate in the House proceedings. She equated cooperation to “colluding with an illegitimate process.”

She showed her disdain for the effort by accusing Judiciary Committee Chairman Jerrold Nadler, D-N.Y., of “playing a game of Inspector Clouseau, Secret Squirrel” by waiting so long to unveil the articles of impeachment that were announced Tuesday.

GOP critics have been going all-out to find new ways to mock what Trump has long called a “witch hunt” and a “sham.” 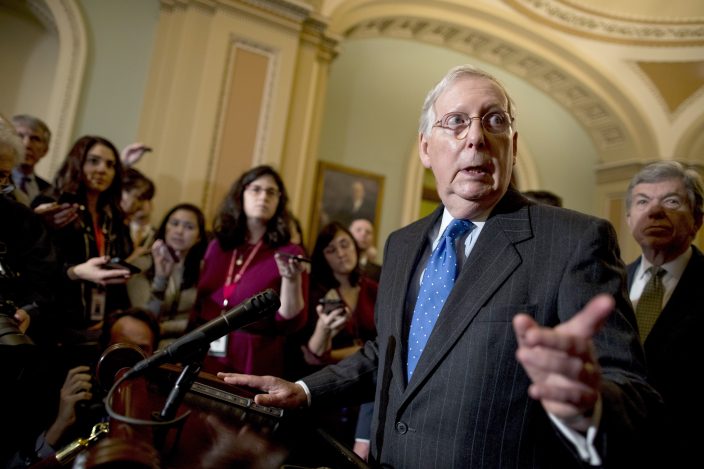 But even if GOP legislators are more than willing to complain and erect parliamentary roadblocks, many lawmakers, particularly the senators who would serve as jurors in an eventual Senate trial, have been less comfortable defending the president’s conduct.

Nor has that been a priority for White House aides, who have been firing off rapid response emails about procedural unfairness but have done little to engage on the substance of the charges.

During the early days of the inquiry there was tension between the West Wing and the president's outside allies, who felt the White House was doing too little to defend the president against the charges. Trump himself was initially unwilling to bring on new staff or set up a “war room," concerned that such a move would suggest he felt vulnerable or make him look guilty. Ultimately, Trump consented to the hiring of former Florida attorney general Pam Bondi and Republican strategist Tony Sayegh, a move that has helped to mollify some outside critics.

There also was a sense of confusion early on, as administration officials and allies struggled to keep up with rapidly unfolding news about Trump's attempts to get Ukraine to investigate political rival Joe Biden. Even some of the president's closest supporters were unclear about details of his interactions with the president of Ukraine.

With little clarity about what really had happened, Republicans took aim at the process, seeing it as an easy place to start. Once the scope become clearer, officials inside and outside the building began to refine their messaging, based in part on polling and focus group testing.

America First Policies, a nonprofit backing Trump’s policies, for instance, conducted focus groups early in the process that focused specifically on independent voters who might be open to voting for Trump in 2020.

Kelly Sadler, a spokeswoman for the group, said the sessions turned up frustration with Congress over endless investigations and not perusing bread-and-butter issues. Many people, she said, felt the impeachment inquiry was highly partisan — a sentiment reflected in polling data — and felt the whole endeavor was a waste of time and money, especially given the quickly-approaching 2020 election.

The group has targeted its advertising to speak to those frustrations, which are also reflected in messaging from the American Action Network, which is tied to House GOP leadership and has spent millions on anti-impeachment ads.

As Republicans have pushed to delegitimize the House impeachment process, they also are professing great reverence for an expected Senate trial on friendlier turf. Trump sees a Senate trial as a forum where his allies will be able to publicly defend him and turn the tables on Democrats in dramatic Court TV fashion.

"It’s pretty clear the president wants a trial," said White House spokesman Hogan Gidley. He offered a list of some of the witnesses Trump would like to call, including House intelligence committee Chairman Adam Schiff, the whistle blower whose complaint sparked the inquiry, as well as Biden and his son, Hunter, who had dealings in Ukraine.

“The president’s eager to get his story out," Gidley said.

But Republicans in the Senate caution that Trump may not get the show he wants because Senate rules require a majority of senators to approve individual witnesses, and some are weary of creating a spectacle. Senate Majority Leader Mitch McConnell said Tuesday that no decisions have been made yet about the length or structure of a Senate trial.

“The Senate has two choices: It could go down the path of calling witnesses and basically having another trial or it could decide — and again 51 members could make that decision — that they have heard enough,” he said.

GOP embraces Trump as never before with anti-impeachment

In wake of impeachment testimony, no signs yet of GOP cracks

Was Trump call with Ukraine 'perfect'? GOP has many answers

Republicans stumbling over question at heart of impeachment