Marc-Andre Fleury made 28 saves in his return to the lineup and the Vegas Golden Knights beat the Chicago Blackhawks 5-1 on Tuesday night.

It was Fleury's first game in net since the death of his father, Andre. 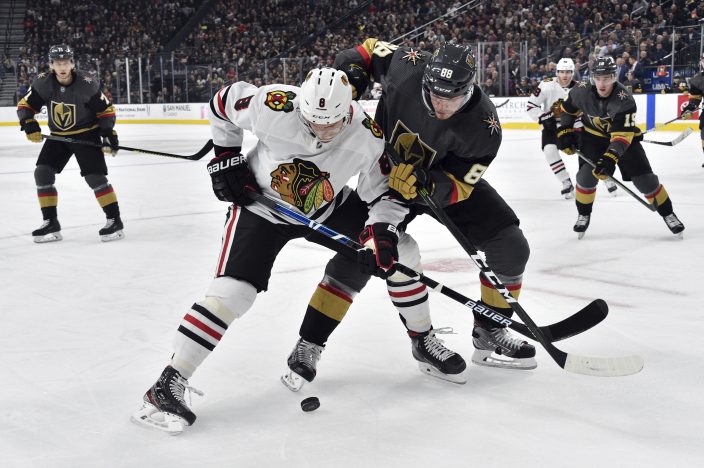 Reilly Smith, Deryk Engelland, William Karlsson, Max Pacioretty and Ryan Reaves scored for the Golden Knights, who hit the road for two games on a 5-1-1 run.

Corey Crawford, who dropped to 1-4-0 against Vegas, made 32 saves for Chicago, which played its third road game in six nights. Dominik Kubalik scored with 27 seconds left to spoil Fleury's bid for his 59th career shutout.

After an evenly contested first period that saw both goaltenders come up with spectacular saves to keep both teams off the scoreboard, Vegas was increasingly better in the second with the first seven shots on goal. 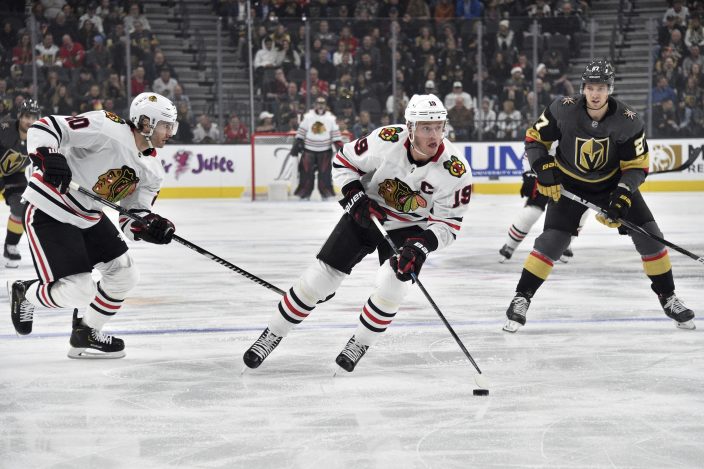 Smith took advantage on a power play with the eighth shot of the period, when he gathered a rebound, maneuvered his away around Crawford and tucked home the first goal of the game to give the Golden Knights a 1-0 lead.

Shortly after it was the 37-year-old Engelland beating Crawford top shelf with a wrist shot far side for his first goal of the season. It was just his second career goal against the Blackhawks and 30th overall in 11 seasons.

With less than a minute left in the second, Smith did a masterful job in forcing a turnover from Chicago veteran Jonathan Toews and then streaking in on an odd-man rush, delaying just long enough to draw Crawford to his left and then dishing to Karlsson, who finished with a short-handed goal to make it 3-0. 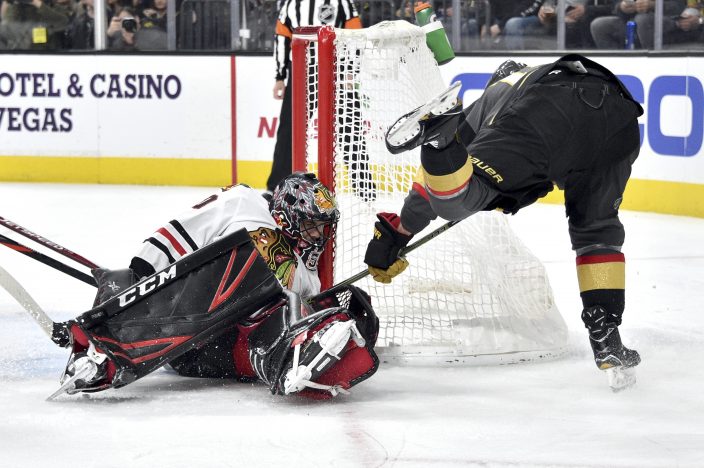 While the Golden Knights outshot Chicago 16-8 in the second, the Blackhawks had more high-danger chances through two periods (8-7). Fleury didn't look as though he missed any time whatsoever, flashing leather and making highlight-reel saves to thwart every Chicago effort, including back-to-back attempts by Toews on the doorstep late in the second.

The Golden Knights made it 4-0 early in the third when Mark Stone led a 2-on-1 break and fed Pacioretty, who tapped the puck past Crawford.

Reaves got his third of the season late in the period.

NOTES: The Blackhawks played without defenseman and alternate captain Duncan Keith, who didn't make the three-game road trip due to a groin injury. ... Vegas forward Cody Glass missed his first game this season due to an upper-body injury sustained Sunday when Rangers winger Brendan Lemieux elbowed the rookie in the head. Lemieux was fined $2,000. ... Golden Knights winger Valentin Zykov played in his first game since serving a 20-game suspension for testing positive for performing-enhancing drugs. ... Alex Tuch has eight points (four goals, four assists) in six games. ... The Blackhawks are 2-9-5 with one day of rest.

Blackhawks: Continue their three-game road trip at Arizona on Thursday.

Sheep hauled up 100ft cliff after getting trapped ‘whil ...