A$AP Rocky is back in Sweden. The American rapper is set to perform in Stockholm, where he was convicted of assault in August for a street brawl.

Mayers was arrested along with his two bodyguards and charged with assault after a 19-year-old man was hurt in the June 30 fight. He pleaded self-defense, saying he tried to avoid a confrontation with two men who were following his entourage. 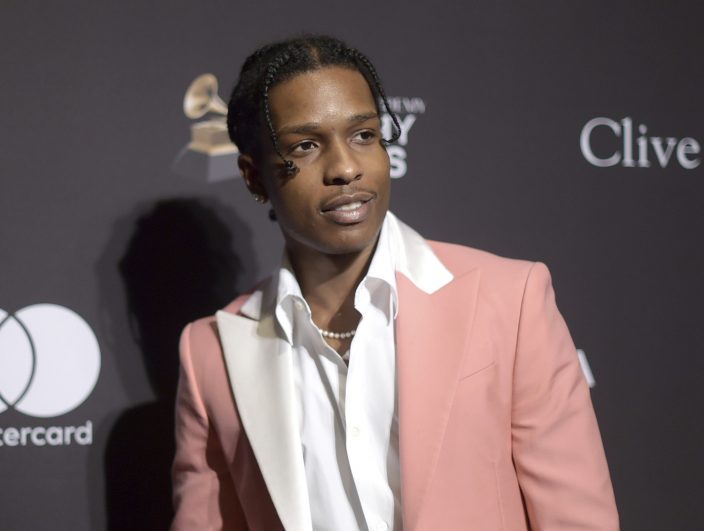 FILE - In this Feb. 9, 2019 file photo, A$AP Rocky attends the Pre-Grammy Gala And Salute To Industry Icons in Beverly Hills, Calif. American rapper A$AP Rocky will perform in Sweden several months after he was convicted of assault in a street brawl in the capital of Stockholm. Concert promoter Live Nation says on Friday, Nov. 8 the rapper will return to Stockholm "after tremendous support from the Swedish fans." The artist is due to perform Dec. 11 at Stockholm's Ericsson Globe arena. (Photo by Richard ShotwellInvisionAP, File)

Mayers and his bodyguards were all convicted but received conditional sentences, sparing them prison time unless they committed similar offenses in the future.

During his return to Stockholm this week, A$AP Rocky had wanted to entertain inmates at Kronoberg prison, the facility where he was held for weeks this summer.

But Sweden's prison board nixed the prison concert, citing logistical and security issues.

Lebanon at a crossroads after 100 days of protests

When Nazih Khalaf heard that prote ...

Freed from Swedish jail, rapper A$AP Rocky lands in US

Rapper A$AP Rocky charged with assault over fight in Sweden

Swedish investigation ends of man in fight with A$AP Rocky