Pope Francis is pressing his anti-nuke campaign in his annual peace message, saying the fear of nuclear annihilation embodied by the doctrine of deterrence provides a false sense of security that should be replaced with policies based on fraternity and mutual trust.

Francis’ message for the World Day of Peace, which the Vatican celebrates Jan. 1, was issued Thursday. It followed on the major theme of his recent trip to Japan, where Francis denounced as “immoral” not only the use of nuclear weapons but their possession. He also warned against using nuclear energy, given the environmental risks it poses.

As he did in Japan, Francis tied ecological concerns to matters of international peace and security, saying peace requires a new way of interacting with one another and the planet. 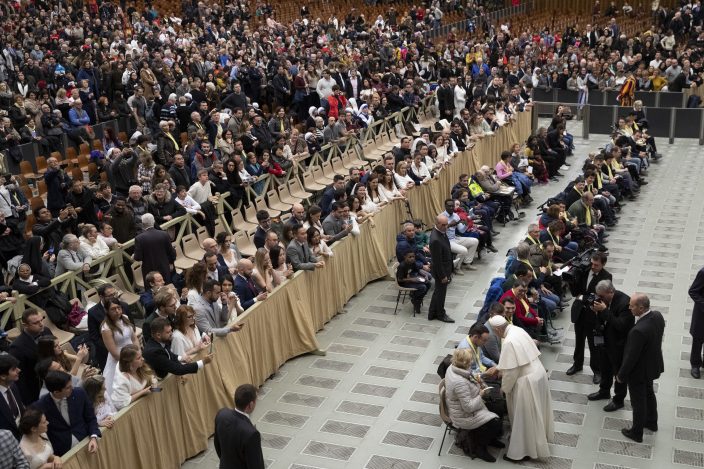 “Faced with the consequences of our hostility towards others, our lack of respect for our common home or our abusive exploitation of natural resources – seen only as a source of immediate profit, regardless of local communities, the common good and nature itself – we are in need of an ecological conversion,” he wrote.

“All this gives us deeper motivation and a new way to dwell in our common home, to accept our differences, to respect and celebrate the life that we have received and share, and to seek living conditions and models of society that favour the continued flourishing of life and the development of the common good of the entire human family,” he wrote. 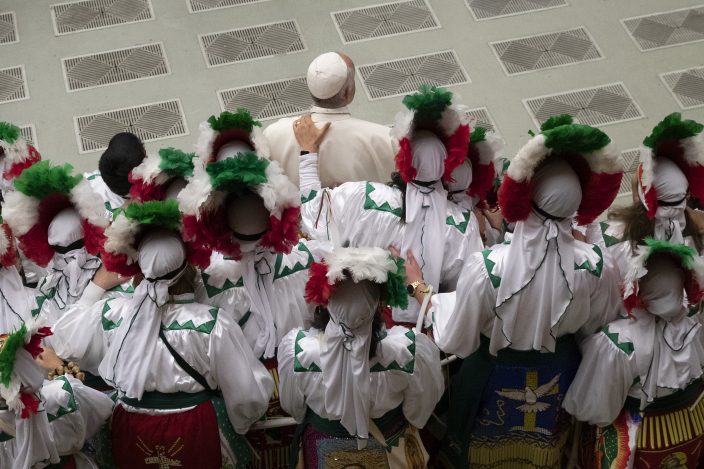 Pope Francis poses for a photo with a group of Mexican pilgrims in the Paul VI Hall at the Vatican during his weekly general audience, Wednesday, Dec. 11, 2019. (AP PhotoAlessandra Tarantino)