The Supreme Court said Friday it will hear President Donald Trump's pleas to keep his tax, bank and financial records private, a major tussle between the president and Congress that also could affect the 2020 presidential campaign.

The justices are poised to issue decisions in June, amid Trump's bid for a second term. Rulings against the president could result in the quick release of personal financial information that Trump has sought strenuously to keep private. The court also will decide whether the Manhattan district attorney can obtain eight years of Trump's tax returns as part of an ongoing criminal investigation.

Arguments will take place in late March. The subpoenas are separate from the ongoing impeachment proceedings against Trump, headed for a vote in the full House next week. Indeed, it's almost certain the court won't hear the cases until after a Senate trial over whether to remove Trump has ended. 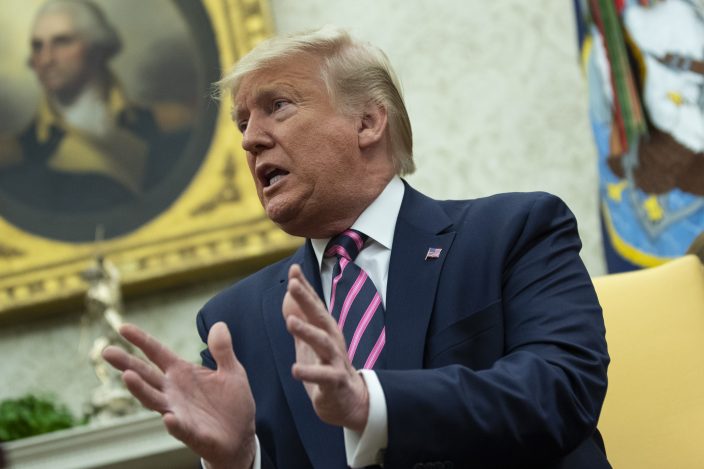 Trump sued to prevent banks and accounting firms from complying with subpoenas for his records from three committees of the House of Representatives and Manhattan District Attorney Cyrus Vance Jr.

In three separate cases, he has so far lost at every step, but the records have not been turned over pending a final court ruling. Now it will be up to a court that includes two Trump appointees, Justices Neil Gorsuch and Brett Kavanaugh, to decide.

House agrees to short halt in fight for Trump records

Trump wants Supreme Court to block subpoena for his taxes