Joel Embiid finished with 24 points and 11 rebounds in Philadelphia’s fifth straight victory. It was also the 14th consecutive home victory for the 76ers, the franchise's longest streak to start a season since winning 22 straight home games in their NBA championship season in 1966-67.

Brandon Ingram scored 32 points and J.J. Redick had 19 for the Pelicans, who have lost 11 in a row. 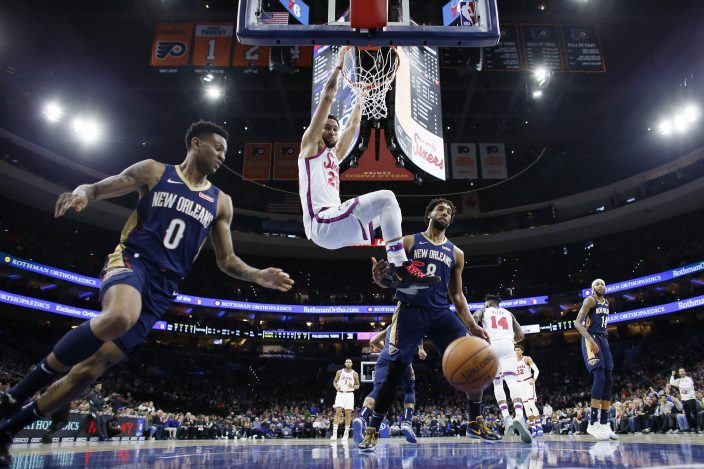 Philadelphia 76ers' Ben Simmons (25) hangs from the rim after a dunk past New Orleans Pelicans' Nickeil Alexander-Walker (0) and Jahlil Okafor (8) during the first half of an NBA basketball game, Friday, Dec. 13, 2019, in Philadelphia. (AP PhotoMatt Slocum)

One night after Embiid put up 38 points and 13 rebounds during a 115-109 win in Boston, it was Harris who became the main scoring threat by rolling outside and taking advantage of some double-teams that the Pelicans threw against Embiid. Harris shot 12 for 20 from the floor, many of them mid-range jumpers.

New Orleans briefly took a lead in the third quarter after trailing by as much as 16 in the first half. Philadelphia responded, however, with a 22-11 run to close out the quarter to swell the lead to 92-82 at the end of the period.

Philadelphia would struggle at the foul line, missing nine free throws in the final 3:17 to allow the Pelicans back in the game after trailing by as many as 13 earlier in the period. After Embiid missed one of two free throws with 27 seconds to play, he fouled Jrue Holiday behind the 3-point arc with 21 seconds left. The former Sixers guard hit two of three from the line to cut Philadelphia's lead to 112-109. 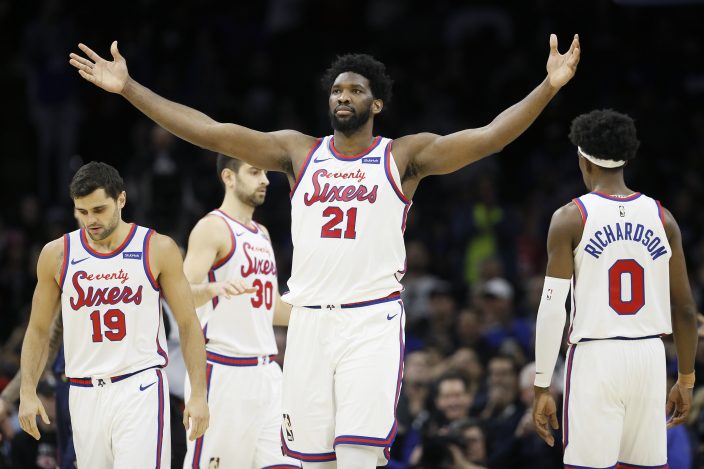 Philadelphia 76ers' Joel Embiid (21) reacts after scoring a basket during the first half of an NBA basketball game against the New Orleans Pelicans, Friday, Dec. 13, 2019, in Philadelphia. (AP PhotoMatt Slocum)

Sixers: Al Horford missed his second straight game on Friday night with left knee soreness and left hamstring tightness. Horford, who sat out his first game back in Boston Thursday since departing as a free agent in the summer, is averaging 13.8 points and 6.8 rebounds. Horford was listed as day-to-day. 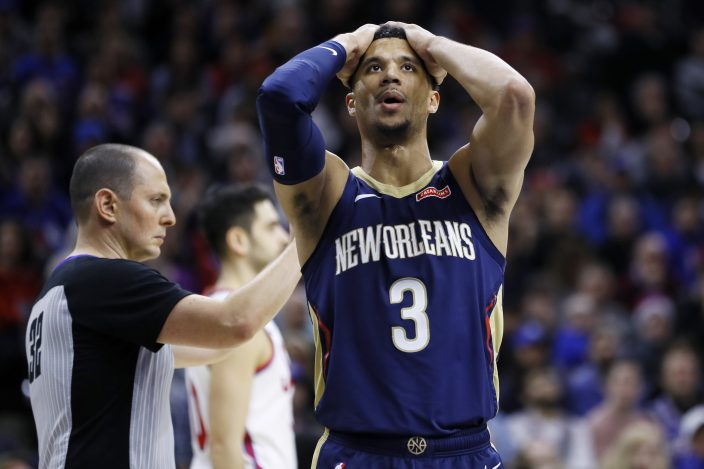 New Orleans Pelicans' Josh Hart (3) reacts after a foul was called against him during the second half of an NBA basketball game against the Philadelphia 76ers, Friday, Dec. 13, 2019, in Philadelphia. (AP PhotoMatt Slocum)

Pelicans: Derrick Favors returned to the starting lineup. Favors missed time with a knee injury and following the death of his mother in late November. Favors had eight points and eight rebounds in 15 minutes. … Redick returned to Wells Fargo Center for the first time since signing as a free agent with New Orleans over the summer. Redick was Philadelphia’s leading 3-point shooter during his two seasons, shooting 40.8 percent and averaging 17.6 points. A video tribute was played during a timeout in the first quarter and Redick received a standing ovation. … Zion Williamson, the top pick in the draft, missed his 22nd straight game with a right knee injury. There is no timeframe for Williamson’s return. 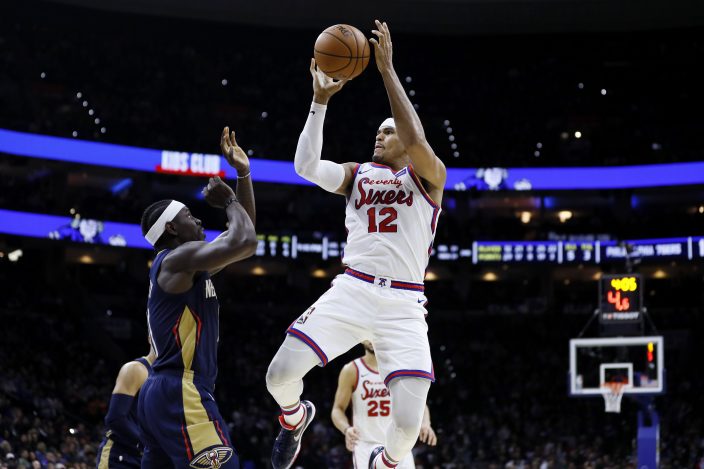 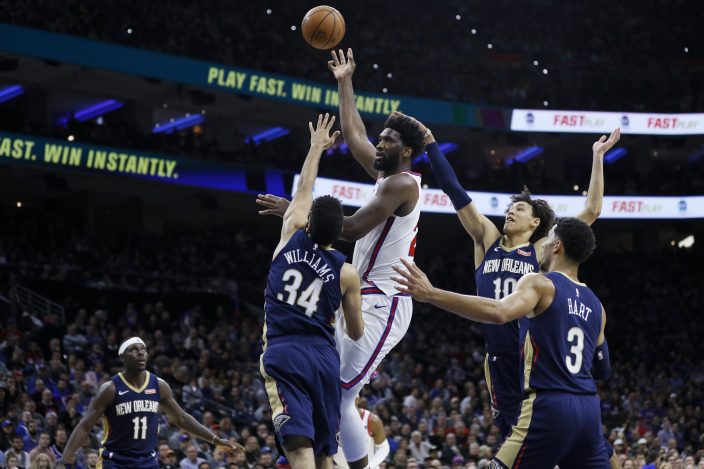 Tatyana Ivanova of Russia had the ...