Devonte’ Graham scored 16 points, Miles Bridges and P.J. Washington each had 13 and the Charlotte Hornets bounced back after squandering an early 15-point lead, beating the Chicago Bulls 83-73 on Friday night for their third straight win.

Zach LaVine and Ryan Arcidiacono each had 12 points, Thaddeus Young and Lauri Markkanen added 10 apiece as Chicago lost for the fourth time in five games.

It was the lowest offensive output of the season for both teams. Charlottte’s previous low was 87 points against Golden State on Nov. 2. Chicago‘s low was 84 against Toronto on Oct. 26 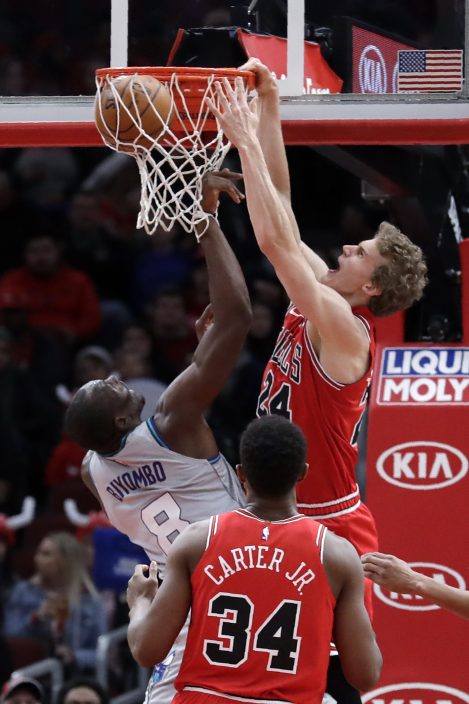 Charlotte shot 38% from the floor, but the Bulls were even worse at 30% in a sloppy game between sub-.500 teams. Bismack Biyombo had 12 points for the Hornets.

Charlotte led 59-50 after a sloppy third quarter. Kris Dunn’s jumper with 5:25 left in the fourth cut Charlotte’s lead to 66-64. Then, Terry Rozier and Graham hit back-to-back 3s to give the Hornets some breathing room.

Charlotte led 24-15 after the first quarter as Biyombo scored eight points. The Hornets shot 40% in the period, and the Bulls missed on their first seven attempts from the floor, shooting only 28% for the quarter and allowing Charlotte to establish control early. 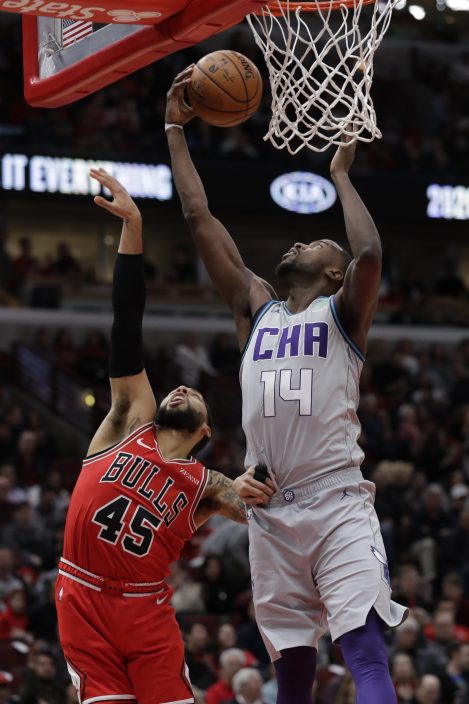 The Hornets picked up the pace in the second quarter and opened a 15-point lead at 44-29 on Terry Rozier’s finger-roll layup with 2:53 left.

But the Bulls reeled off 11 straight points to close to 44-40 at the half. LaVine scored eight points in the quarter, including a running dunk with 27.3 seconds left.

Markkanen hit a 3-pointer 14 seconds into the third and Kris Dunn sank a free throw 39 seconds later to extend Chicago’s run to 15-0 for a tie at 44-all. 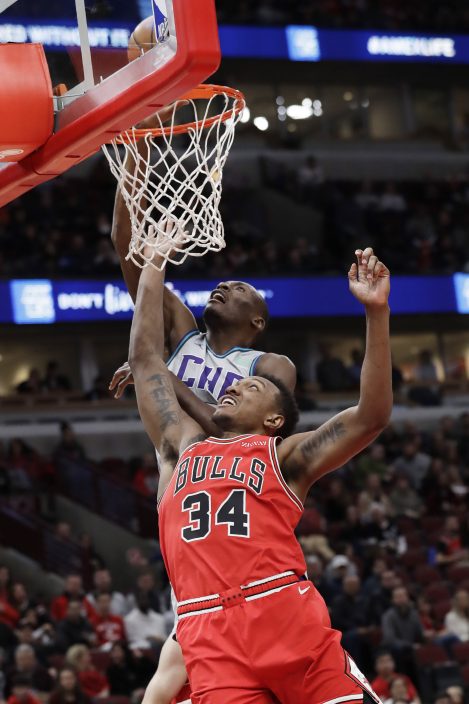 Charlotte then countered with eight straight points to restore its lead at 52-44. 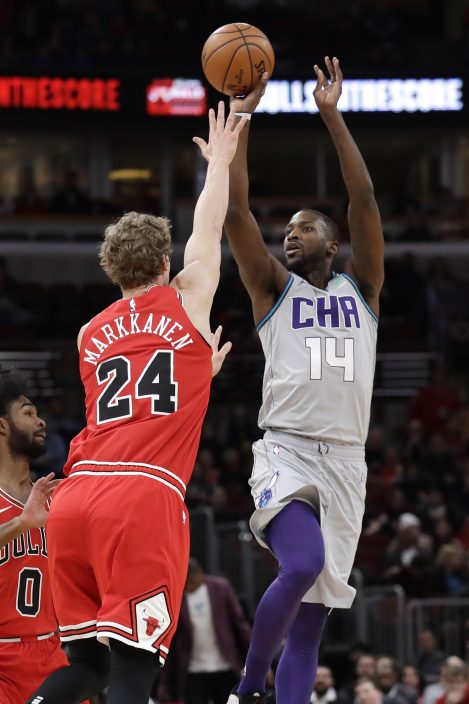 Bulls: Young entered averaging 21.6 minutes and nine points, his lowest numbers in both categories since his rookie season of 2007-08 with Philadelphia. He played 26:33 in this one. The 31-year-old forward signed a three-year, $41 million deal with Chicago in July after three seasons with Indiana, where he averaged 30.7 minutes last season.

Hornets: At Indiana on Sunday 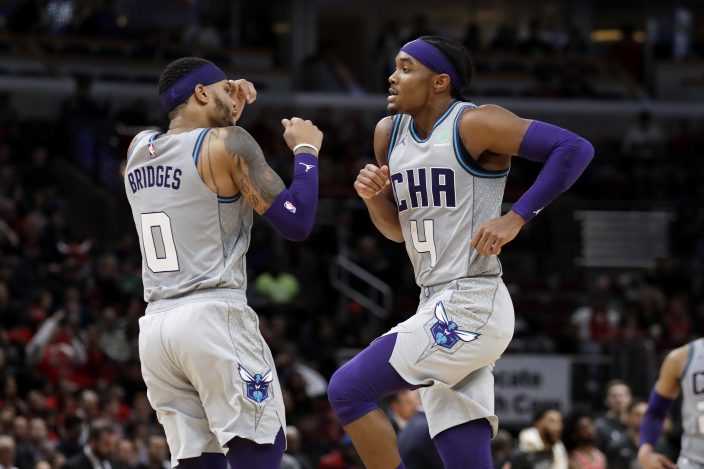 Charlotte Hornets guard Devonte' Graham, right, celebrates with forward Miles Bridges after scoring a basket during the second half of an NBA basketball game against the Chicago Bulls, Friday, Dec. 13, 2019, in Chicago. (AP PhotoNam Y. Huh)

Bulls: Host the Los Angeles Clippers on Saturday ahead of a four-game trip. 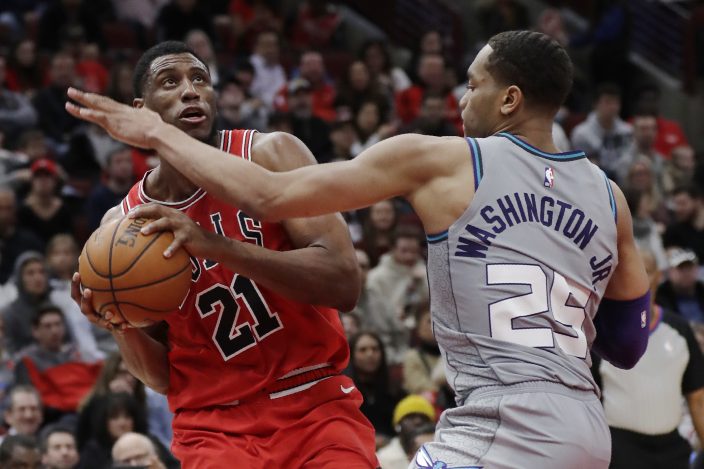