British Prime Minister Boris Johnson was heading to northern England on Saturday to meet newly elected Conservative Party lawmakers in the working class heartland that turned its back on the opposition Labour Party in this week's election and helped give him an 80-seat majority.

In a victory speech outside 10 Downing Street on Friday, Johnson called for an end to the acrimony that has festered throughout the country since the divisive 2016 Brexit referendum, and urged Britain to “let the healing begin.”

Johnson's campaign mantra to “get Brexit done'' and widespread unease with the leadership style and socialist policies of opposition leader Jeremy Corbyn combined to give the ruling Conservatives 365 seats in the House of Commons, its best performance since party icon Margaret Thatcher's last victory in 1987. Labour slumped to 203 seats, its worst showing since 1935. 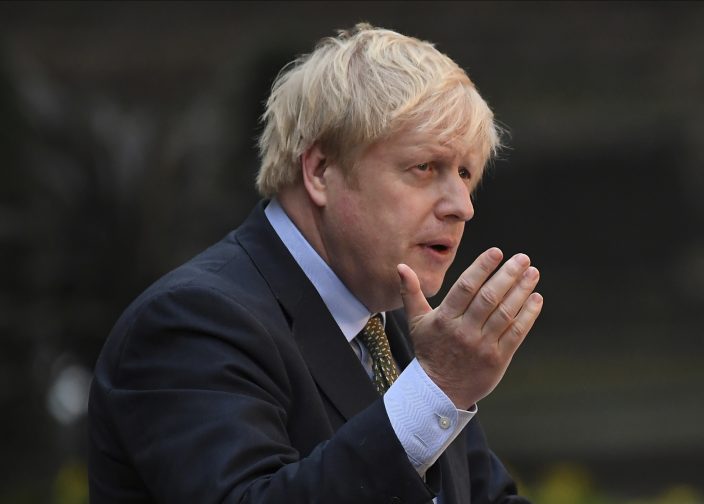 Britain's Prime Minister Boris Johnson speaks outside 10 Downing Street in London on Friday, Dec. 13, 2019. Boris Johnson's gamble on early elections paid off as voters gave the UK prime minister a commanding majority to take the country out of the European Union by the end of January, a decisive result after more than three years of stalemate over Brexit. (AP PhotoAlberto Pezzali)

While Johnson was on a victory lap Saturday, Corbyn — who has pledged to stand down next year — was under fire from within his own party.

Former lawmaker Helen Goodman, one of many Labour legislators to lose their seat in northern England, told BBC radio that "the biggest factor was obviously the unpopularity of Jeremy Corbyn as the leader."

Armed with his hefty new majority, Johnson is set to start the process next week of pushing Brexit legislation through Parliament to ensure Britain leaves the EU by the Jan. 31 deadline. Once he's passed that hurdle — breaking three years of parliamentary deadlock — he has to seal a trade deal with the bloc by the end of 2020. 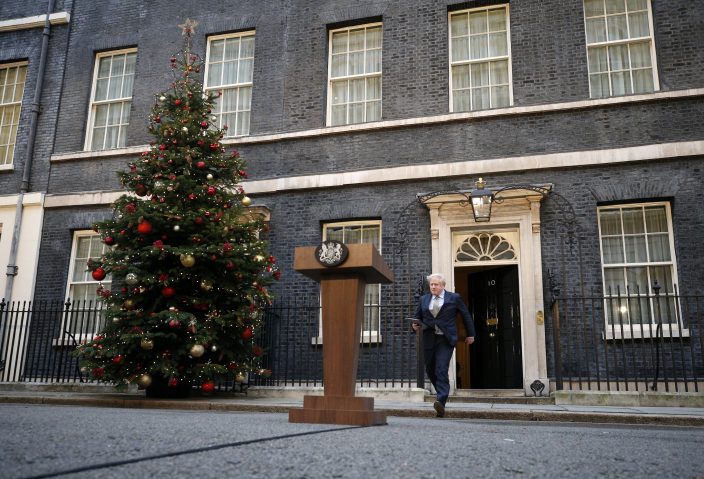 Britain's Prime Minister Boris Johnson arrives to speak outside 10 Downing Street in London on Friday, Dec. 13, 2019. Boris Johnson's gamble on early elections paid off as voters gave the UK prime minister a commanding majority to take the country out of the European Union by the end of January, a decisive result after more than three years of stalemate over Brexit. (AP PhotoMatt Dunham)

Johnson owes his success, in part, to traditionally Labour-voting working class constituencies in northern England that backed the Conservatives because of the party's promise to deliver Brexit. During the 2016 referendum, many of those communities voted to leave the EU because of concerns that immigrants were taking their jobs and neglect by the central government in London. 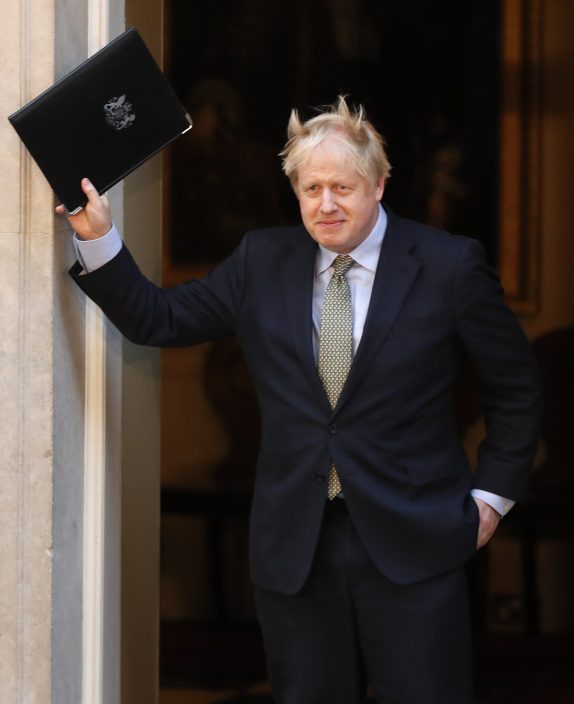 Britain's Prime Minister Boris Johnson waves after addressing the media outside 10 Downing Street in London, Friday, Dec. 13, 2019. Johnson's Conservative Party has won a thumping majority of seats in Britain's Parliament — a decisive outcome to a Brexit-dominated election that should allow Johnson to fulfill his plan to take the U.K. out of the European Union next month.(AP PhotoFrank Augstein)

Targeted killings up as 8 wounded in Iraq protest viole ...

Government inaction over the risin ...