By the smallest margin, Sofia Goggia won a World Cup super-G race on Saturday and Mikaela Shiffrin was third to extend her overall standings lead.

Goggia was just 0.01 second faster than her Italian teammate Federico Brignone on a sunny, windswept course

Shiffrin was only 0.13 behind Goggia for her sixth podium finish in eight World Cup races so far as she seeks a fourth straight overall title. 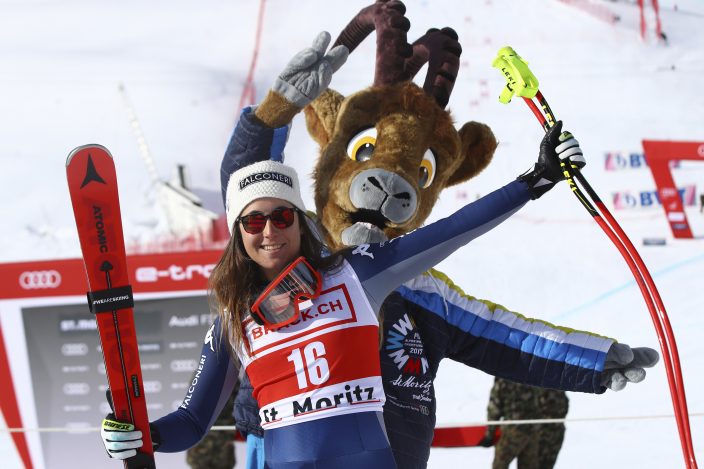 It was the second time Shiffrin has trailed an Italian 1-2. It also happened two weeks ago in a giant slalom in Killington, Vermont, where Marta Bassino edged Brignone for victory.

Brignone was sitting in the leader’s box when Goggia raced and applauded with hands above her head after seeing her teammate’s time.

Goggia’s seventh career World Cup win was her third in super-G. She also took silver at the biennial world championships in February when Shiffrin won by just 0.02 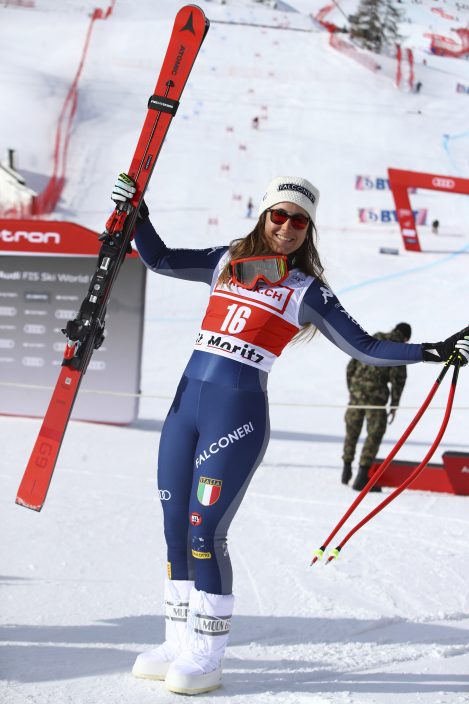 In a tight race Saturday, the top 10 racers were all within one second of each other, and there was a three-way tie for sixth.

Shiffrin won this race last year, and also added victory in the parallel slalom to sweep the weekend series. She will be favored to repeat in Sunday’s parallel event.

Jerry Izenberg can still write, as ...