The European Commission said Saturday that member states have agreed to hold a donors’ conference in January in Albania to help the Balkan country rebuild after an earthquake killed 51 people last month.

The 6.4-magnitude quake left more than 13,000 people homeless and damaged more than 14,000 buildings. Scores of structural engineers are determining which buildings can still be inhabited. 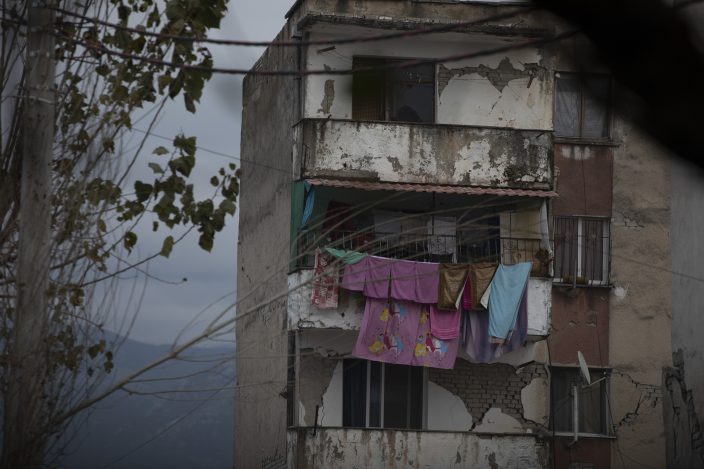 In this Wednesday, Nov. 27, 2019 photo, laundry hangs on a line from a damaged building in Thumane, western Albania following a deadly earthquake. A handbag dangles from a coat-hanger, gleaming saucepans sit stacked in a kitchen cabinet, sheets and duvets lie neatly folded in a bedroom cupboard. All scenes of ordinary domesticity, except for one detail: the rest of the homes these ordinary items were part of have vanished, crumpling in the devastating force of an earthquake that struck Albania earlier this week.(AP PhotoPetros Giannakouris)

Albania has asked for international financial assistance for reconstruction that it has pledged to complete by the end of 2020. The government has set aside 13 billion leks ($117 million) for the work.

Also Saturday, prosecutors and police in the hard-hit city of Durres said they had detained nine people on suspicion of illegal construction and abuse of office. Poor construction is believed to be the reason why collapsing buildings killed 23 people in the city. 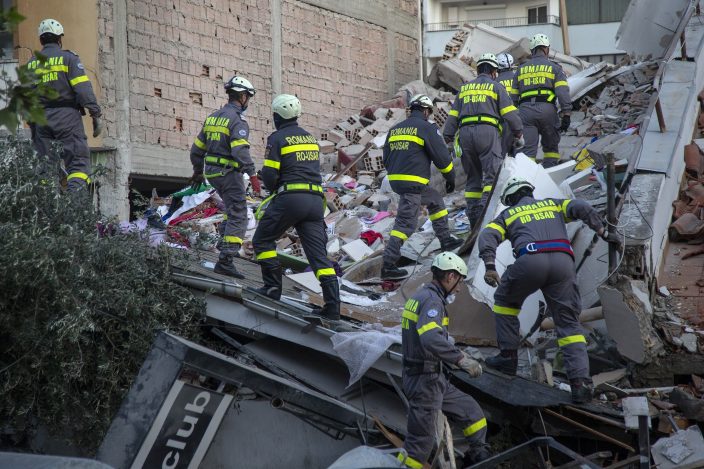 In this photo taken on Wednesday, Nov. 27, 2019, rescuers from Romania operate at a collapsed building after the 6.4-magnitude earthquake in Durres, western Albania. In the initial hours after a deadly pre-dawn earthquake struck Albania, pancaking buildings and trapping dozens of sleeping people beneath the rubble, the country’s neighbors sprang into action. Offers of help flooded in from across Europe and beyond, with even traditional foes setting aside their differences in the face of the natural disaster. The 6.4-magnitude earthquake that struck Albania on Tuesday killed at least 49 people, injured 2,000 and left at least 4,000 homeless. (AP PhotoVisar Kryeziu)

Albania calls for international help to recover from quake

Albania’s search for quake victims ends; death toll up to 50

Hopes fade for any more survivors in Albania quake; 39 dead