Leicester's eight-game winning streak in the Premier League ended Saturday with a 1-1 draw against Norwich, widening the gap to leader Liverpool to 10 points.

Jamie Vardy's streak of scoring in eight straight league games also ended after his header from a corner was ruled an own goal by Norwich goalkeeper Tim Krul, who directed the ball into the net with his hand.

That goal equalized for Leicester in the 38th minute after Norwich striker Teemu Pukki had given the visitors a surprising lead in the 26th. 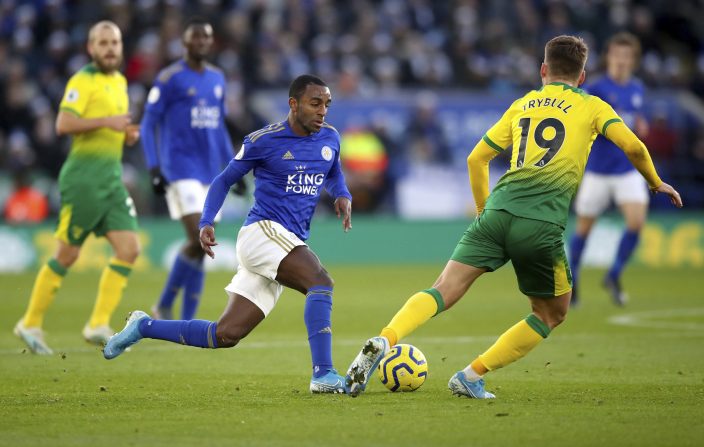 Pukki ran onto a defense-splitting through ball and calmly slotted a low finish past Kasper Schmeichel for his ninth league goal of the season.

Vardy had a chance to score early in the second half when he rounded Krul, but rolled the ball onto the outside of the post from a tight angle.

Leicester has surprisingly emerged as Liverpool's closest title challenger after a run of eight straight wins since a loss at Anfield in October. But this draw means the hopes of catching Jurgen Klopp's team look slim at best, after Liverpool beat Watford 2-0 earlier Saturday. 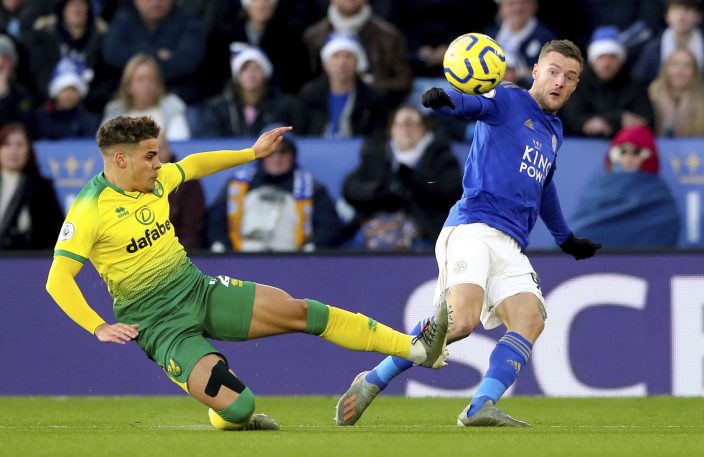 Norwich remained in 19th place but is now three points from safety.