After an uneventful first half, Fleck put the hosts ahead in the 50th minute by steering home an assist by John Lundstram. Fleck added the second by finishing off a move he started himself in the 73rd, getting on the end of a flick by David McGoldrick and drilling the ball confidently past Tom Heaton.

Villa had a chance to get back in the game after VAR awarded a penalty for handball by John Egan, but Jack Grealish belted the resulting spot kick against the crossbar. 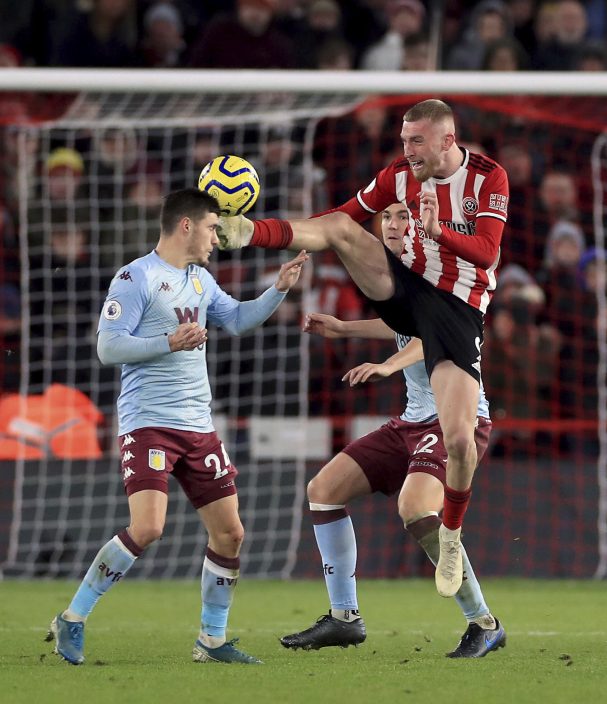 Aston Villa's Frederic Guilbert appears to get kicked in the head by Sheffield United's Oliver McBurnie as he challenges for the ball, during the English Premier League soccer match between Sheffield United and Aston Villa, at Bramall Lane, in Sheffield, England, Saturday, Dec. 14, 2019. (Mike EgertonPA via AP)

Sheffield leapfrogged Manchester United, Wolverhampton Wanderers and Tottenham into fifth place in the standings, although all three of those teams have a chance to overtake Chris Wilder's side on Sunday. 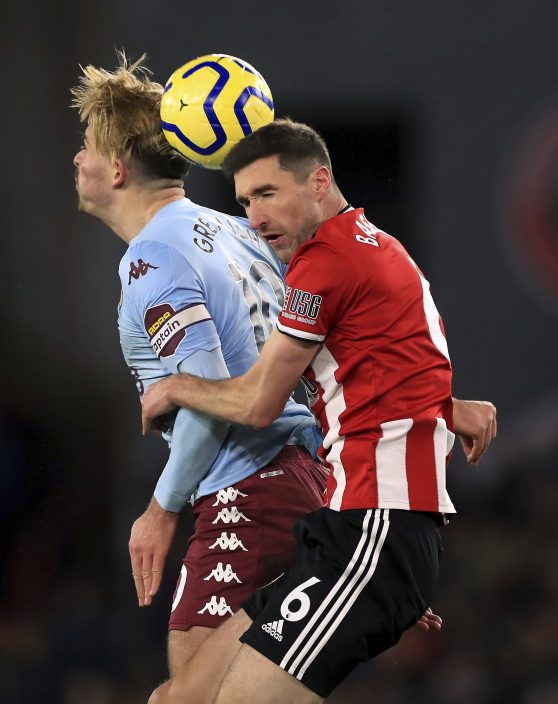