Assailants in Argentina shot two British tourists while trying to rob them, killing one and seriously injuring the other, authorities said Saturday.

The attack occurred as the tourists approached a luxury hotel in the Puerto Madero area of Buenos Aires on Saturday, the Argentine news agency Telam said.

Argentine naval officials said in a statement that assailants on a motorcycle, apparently supported by accomplices in a car, tried to steal the belongings of the tourists, according to Telam. 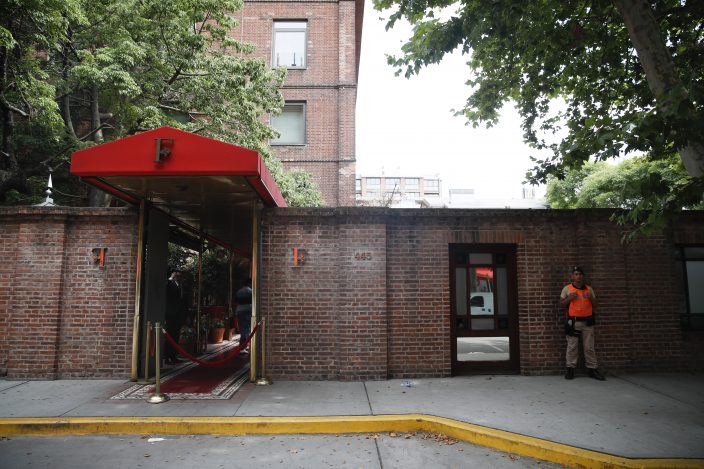 A naval official guards the entrance of the Faena Art Hotel in Buenos Aires, Argentina, hours after assailants trying to rob two British tourists shot and killed one of them and wounded the other, Saturday, Dec. 14, 2019 (AP PhotoNatacha Pisarenko)

Police launched an operation to find the attackers.

US to impose visas restrictions for pregnant women

The Trump administration is coming ...

Police in Argentina arrest 4 in killing of British tourist