Anthony Duclair had a hat trick, including a power-play goal at 1:56 of overtime, and the Ottawa Senators topped the Columbus Blue Jackets 4-3 on Saturday.

Duclair has 18 goals on the season, including eight in his past five games. 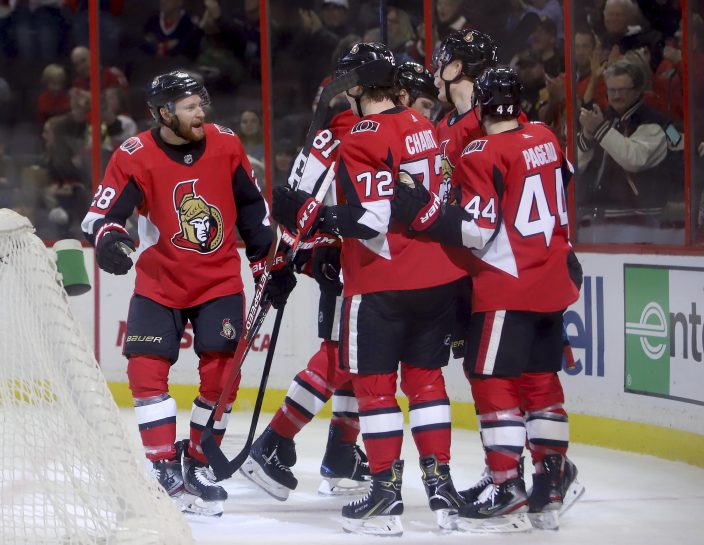 Alexandre Texier had two third-period goals for the Blue Jackets, who rallied from a 3-1 deficit to force overtime. Cam Atkinson added a first-period goal.

Nilsson made a couple of fantastic saves in overtime, one on Atkinson and one on Oliver Bjorkstrand. 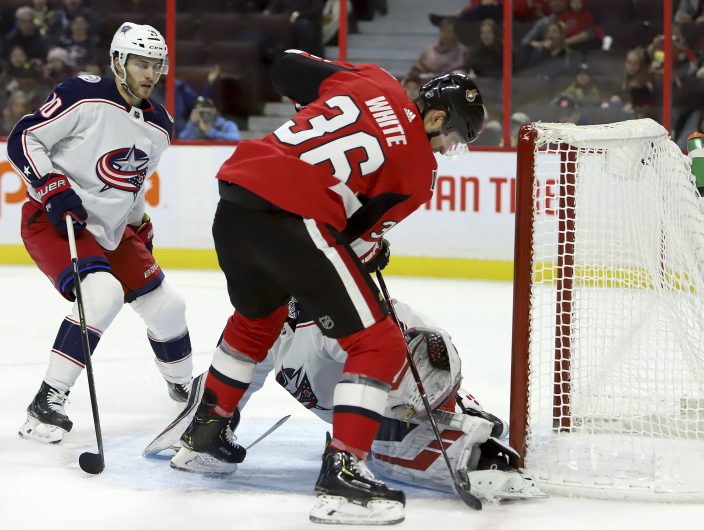 The Senators led 3-1 going into the third, but the Blue Jackets cut the lead to one four minutes into the third as Texier, from the slot, slid one between Nilsson's pads.

Texier tied the game with his second of the game midway through the period.

Trailing 2-1 the Jackets opted to make a goalie change and put in Korpisalo. 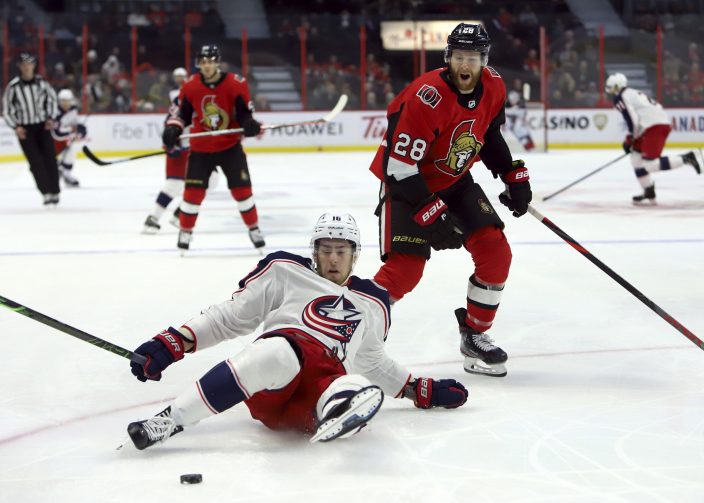 Looking for the equalizer, the Blue Jackets had a great opportunity, but Nilsson made a big save on a 2-on-1 break and moments later the Senators jumped out to a 3-1 lead as Brown broke in alone on Korpisalo to score his fifth of the season.

Ottawa took a 2-1 lead in the opening period on a pair of goals by Duclair.

Duclair opened the scoring in the early minutes of the game, beating Merzlikins with a wrister. 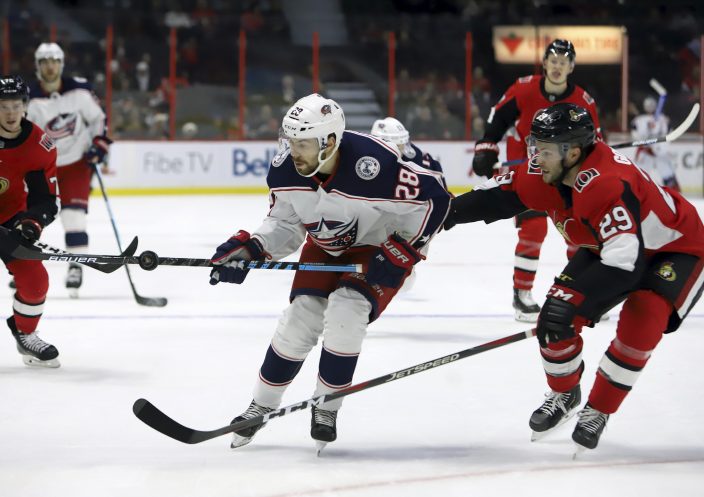 Nilsson then appeared to make a spectacular goal line save on Atkinson, but the Blue Jackets challenged and upon review it was deemed the puck had crossed the goal line.

The Senators regained the lead as Artem Anisimov made a great pass to Duclair on a 2 on 1 and he converted it.

Ottawa thought it had taken a 3-1 lead on a Nick Paul goal, but once again Columbus challenged and it was ruled offside. 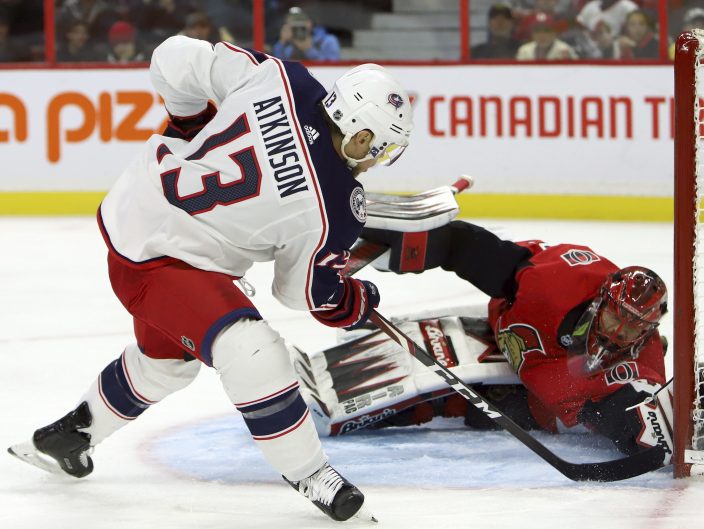 Defenseman Mark Borowiecki found himself fighting Josh Anderson after Columbus took exception to a hit on Sonny Milano early in the first period that left the winger shaken and out of the game.

NOTES: Duclair is the third player in Senators history to score a hat trick which included an overtime goal. He joined Bob Kudelski who did it on Nov. 5, 1993 and Jean-Gabriel Pageau who did it in Game 2 of the 2017 playoff series against the Rangers. ... The Senators are without D Dylan DeMelo, who suffered a hand injury Thursday. Andreas Englund was recalled from AHL Belleville. Scott Harrington was a healthy scratch for Columbus.

Senators: At Florida on Monday night.

Olympic rings arrive in host city on barge into Tokyo B ...

The Olympic rings have arrived in ...

Duchene gets win with Blue Jackets after trade from Ottawa