Democratic presidential candidates pledged to boost funding for public schools, increase teacher salaries and reduce college debt at a Saturday forum that cast a rare spotlight on education, an issue that has received only passing attention in recent debates.

The event was billed as an opportunity to press candidates for more detail on their education plans, but it was also a chance for Democrats to vie for endorsements from the nation's two major teachers unions, which were among several groups organizing the forum.

Facing an audience of teachers and parents, seven candidates vowed to overhaul an education system that they say helps the rich, hurts the poor and fails to pay teachers the salaries they deserve. 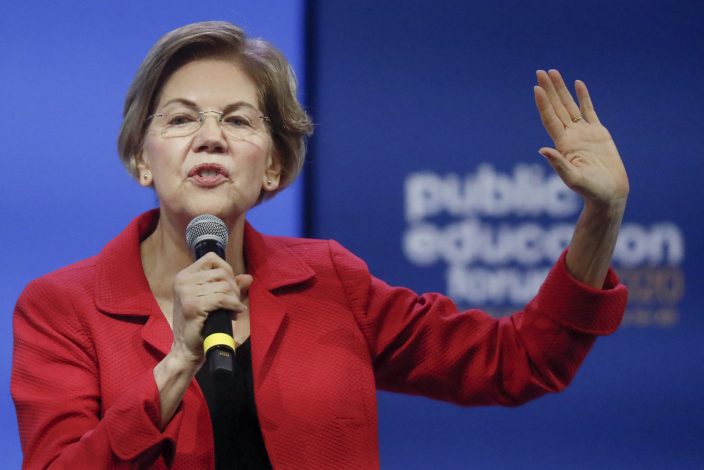 They blamed the funding process that underpins the nation's public schools: Districts rely heavily on local property taxes, leading to wide education imbalances between rich and poor areas. Most of the candidates are promising to close the gap through large increases in federal funding for schools that teach low-income students.

“We've got to make sure our children have equal opportunities,” said Massachusetts Sen. Elizabeth Warren. “A child born into privilege has great opportunity in this country. I want every child to have great opportunity.”

Warren's plan would add $800 billion in federal funding to the nation's public schools through a tax on the wealthy. It promises to quadruple federal Title I funding for low-income schools. Others including Vermont Sen. Bernie Sanders and South Bend, Indiana, Mayor Pete Buttigieg promise to triple that funding source. 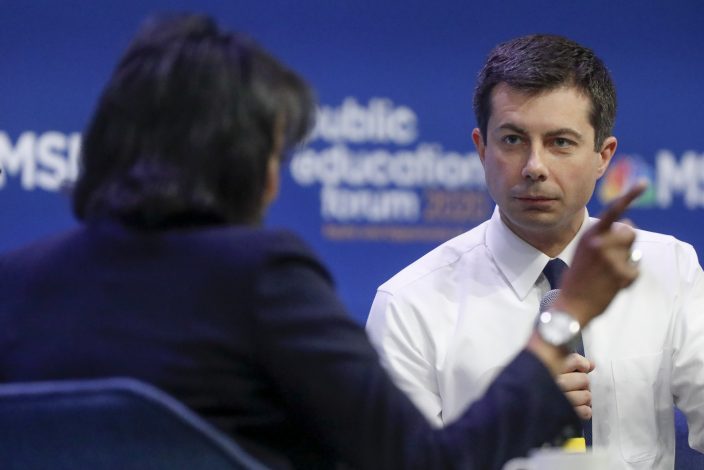 Candidates were united in calling for greater respect — and pay — for the nation's teachers. Many propose federal funding increases to bring pay in line with that of other professions. Sanders, who supports a starting salary of $60,000, said it's “absurd” that there are teachers in some states making $28,000 a year.

“We are going to make sure that every teacher in this country is adequately paid,” Sanders said. “If you prize education then you’ve got to respect the educators who provide that education. It does say something about our country that there are teachers out there working two or three jobs."

The candidates checked many of the boxes the unions will look for when they decide which candidate to support. Many of the candidates took shots at the prevalence of high-stakes testing, curriculum requirements and other measures that limit teachers' flexibility.

They also joined against a common foe who has become a regular target on the campaign trail: Education Secretary Betsy DeVos.

Minnesota Sen. Amy Klobuchar said that, if elected, the first thing she would do is fire DeVos. Buttigieg said he would appoint a secretary “who actually believes in public education.” Former Vice President Joe Biden said he would reverse DeVos' rules guiding colleges on sexual misconduct.

Warren drew some of the strongest applause of the day when she vowed to curb the expansion of charter schools, which are publicly funded but privately operated. Teachers unions have opposed charter schools, saying they unfairly draw money away from traditional public schools. Warren suggested she shares that criticism.

There was little further discussion of the topic, even though it loomed over the forum in other ways. Even before the event started, charter school supporters criticized it as a “public relations stunt” that intentionally omitted their voices. Dozens of protesters gathered near the convention center in downtown Pittsburgh to show support for charters.

As the candidates tried to win over the audience, many made efforts to tout their education and labor credentials.

For candidates, it was one way to stand apart in a crowd of Democrats with relatively similar proposals on elementary and secondary education. But their proposals on college affordability and student debt cover wider ground.

In one camp are Warren and Sanders, who have proposed free public college for all Americans and the cancellation of all or most of the nation's existing student debt. Others have stuck to more moderate proposals for free community college or debt-free college.

But Buttigieg doubled down on his criticism of those plans, saying there needs to be more discussion about apprenticeships, internships and other options other than a four-year degree. He has supported free college for families making under $100,000.

Biden continued to push for free community college. Bennet, meanwhile, focused instead on his proposal for free preschool and played down free college. Although he backs a plan that would allow students to graduate from college without debt, Bennet said he believes Americans are “a hell of a lot more interested in free preschool than free college."

Bring on 2020: Some Democrats end year with campaign events

Trump 'has got to be stopped': Dems defy impeachment risks