Serbian super sub Nemanja Radonjic earned a point for second-place Marseille in a 1-1 draw at struggling Metz on Saturday as Marseille's six-game winning run in the French league came to an end.

Marseille coach Andre Villas-Boas has turned his team's form around following an inconsistent start to the season, and he made the right tactical calls once again by bringing on Radonjic straight after halftime and mobile forward Valere Germain in the 69th minute.

One minute after coming on, Germain made a smart run down the right and pulled the ball back for Radonjic to score with a confident finish. It was his league-leading fourth goal after coming off the bench — all of them netted inside the last 20 minutes. 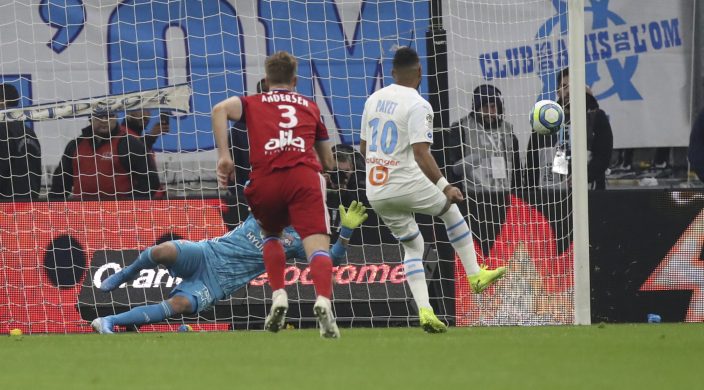 Marseille's Dimitri Payet scores a penalty during the French League One soccer match between Marseille and Lyon at the Velodrome stadium in Marseille, southern France, Sunday, Nov. 10, 2019. (AP PhotoDaniel Cole)

Metz took the lead in the 40th through striker Opa Nguette, who then earned Metz a penalty early in the second half after being fouled by Japan right back Hiroki Sakai.

But Metz top scorer Habib Diallo's spot kick was well saved by replacement goalkeeper Yohann Pele in the 53rd. The 37-year-old backup keeper came on in the 31st after No. 1 Steve Mandanda twisted his ankle when slipping while trying to clear a hasty back pass from Dimitri Payet. 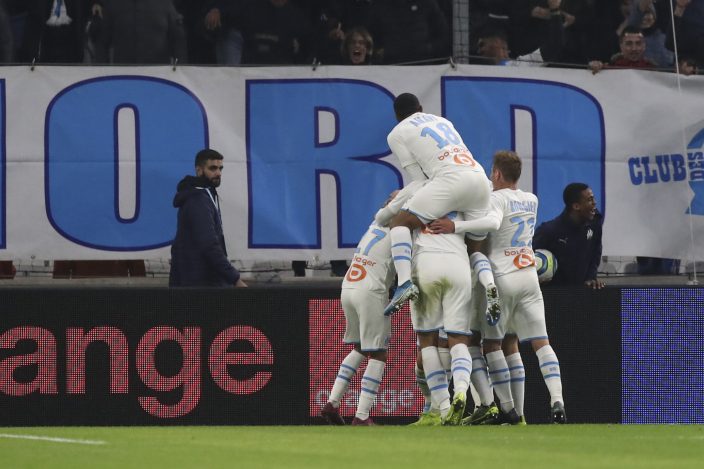 Marseille's Dimitri Payet celebrates with teammates after scoring his side's second goal during the French League One soccer match between Marseille and Lyon at the Velodrome stadium in Marseille, southern France, Sunday, Nov. 10, 2019. (AP PhotoDaniel Cole)

In a scrappy first half, Payet finally found space down the left and delivered a pinpoint cross to the right but midfielder Morgan Sanson sent his volley too close to goalkeeper Alexandre Oukidja.

Marseille paid for that miss moments later when Nguette turned in a cross from the right, with Pele beaten from close range despite getting a hand on the shot.

Nantes moved up to fourth place thanks to Imran Louza's winner in a 1-0 win at 19th-place Nimes.

Reims climbed to fifth with highly rated forward Remi Oudin grabbing the only goal early on in a 1-0 win at last-place Toulouse. Reims is two points behind Nantes with a game in hand.

Elsewhere, ninth-place Monaco's prolific attack was blunted in a 0-0 draw at Angers; Brest drew 0-0 with Nice; and Amiens was held 1-1 at home by Dijon.