Zach Parise also scored for Minnesota, 9-0-3 in its past 12 games at Xcel Energy Center. Only Boston (17) and the New York Islanders (currently at 13) have longer home point streaks this season.

Carson Soucy scored an empty-net goal from behind his own end line. 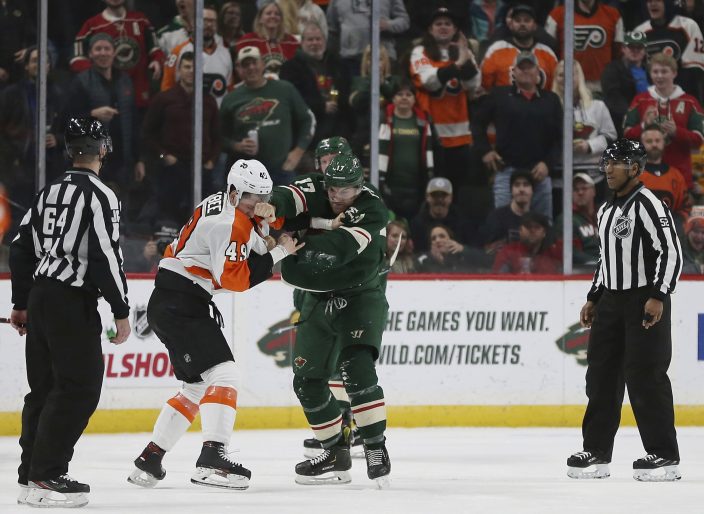 The Wild were near the bottom of the league after winning just six of their first 18 games, but they are 10-1-4 in their last 15.

James van Riemsdyk scored and Carter Hart made 24 saves for Philadelphia. The Flyers have dropped three of four after winning five straight and lost back-to-back games for the first time since Oct. 27-29.

The Flyers again played without their top two scorers. 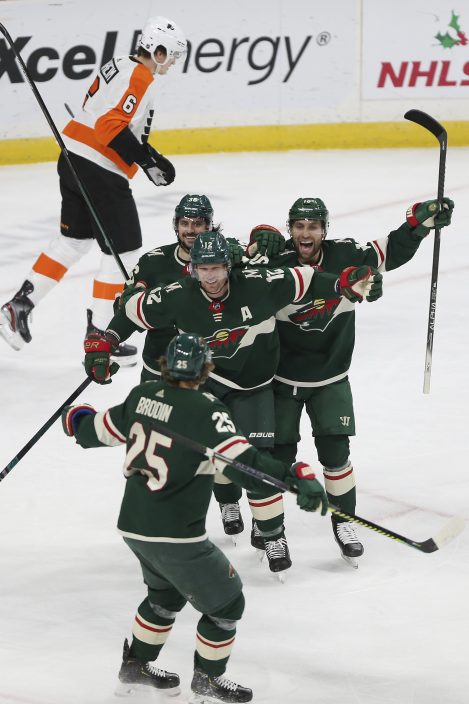 This was Philadelphia's first game since Friday’s announcement that Oskar Lindblom has been diagnosed with Ewing's sarcoma, a rare type of bone cancer. Lindblom’s jersey hung in his stall before the game.

Tied with Travis Konecny with a team-best 11 goals, Lindblom is expected to miss the rest of the season. Konecny missed his second straight game with a concussion.

The Philadelphia bench was thinner in the final two periods after Scott Laughton and Tyler Pitlick left for undisclosed reasons. Minnesota’s Joel Eriksson Ek left the game in the second period. 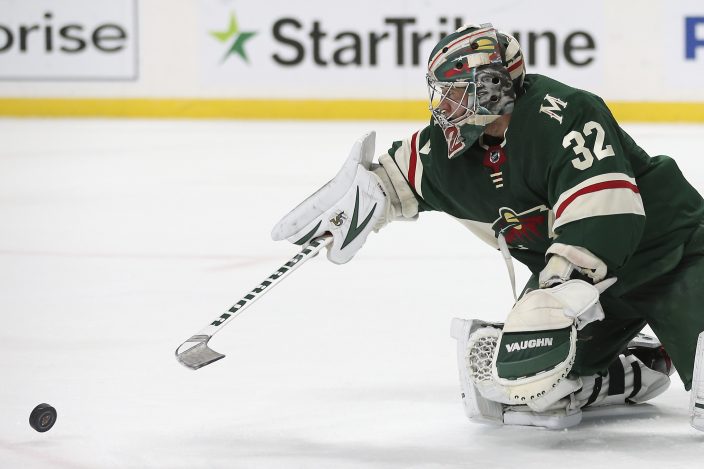 Van Riemsdyk beat Alex Stalock 1:34 into the game, but Parise scored on a redirect and Staal found the net on a rebound less than two minutes apart before the midway point of the period for a 2-1 Wild lead.

Staal’s second-period goal came from the left circle and squeezed through traffic before trickling past Hart.

Staal, who leads Minnesota with 26 points and is sitting on 999 career points, has three goals and an assist in his past two games. 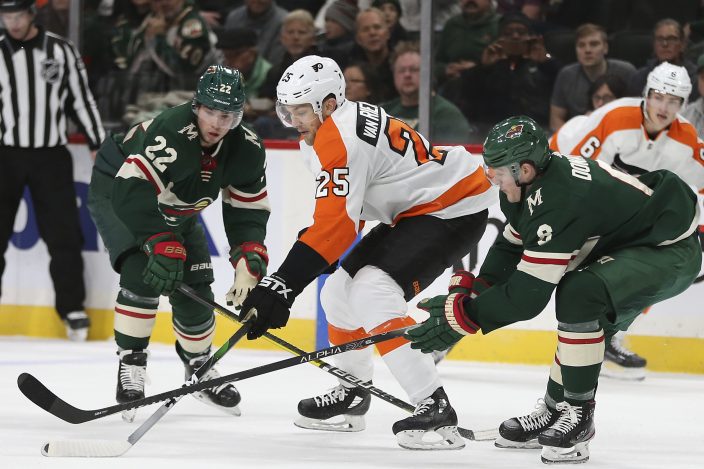 NOTES: Stalock finished with 17 saves. ... G Devan Dubnyk, out since Nov. 16 as his wife deals with a medical situation, took part in the morning skate and is expected to be on Minnesota’s upcoming three-game trip. C Mikko Koivu (lower body) and D Jared Spurgeon (hand) are also going on the trip. Both were injured Dec. 3. ... This was the first of five games in eight days — and six in 10 — for the Flyers. Philadelphia played once in the previous six days. ... The Wild are 0-18 on the power play in their past six games.

Flyers: At Winnipeg on Sunday.

Wild: At Chicago on Sunday.