Ellers scored from the left circle at 1:58 and Hathaway made it 3-1 from in-close. 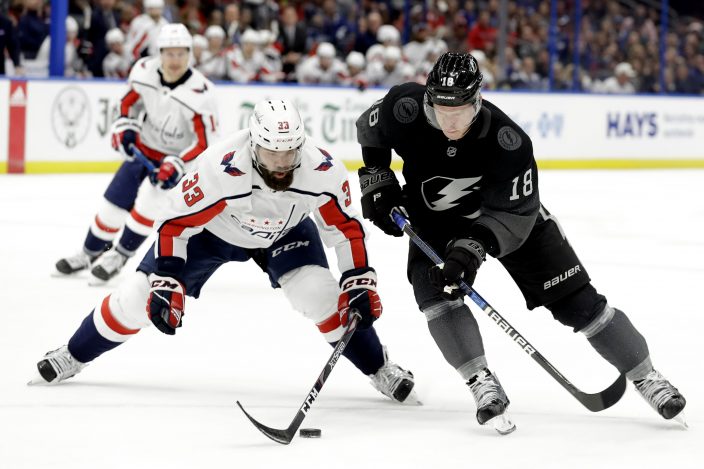 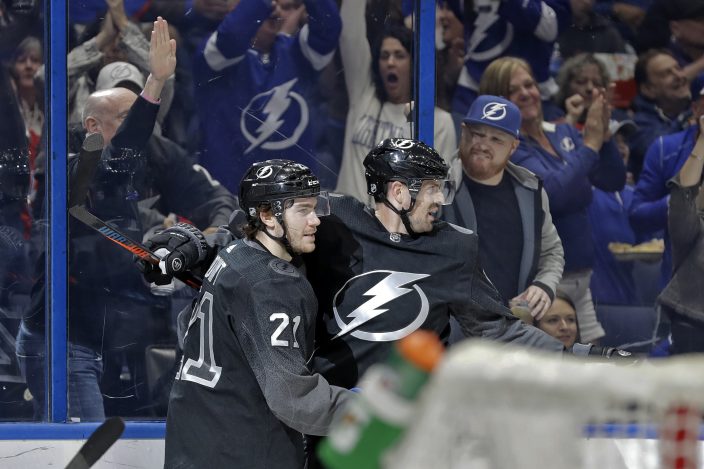 Backstrom opened the scoring at 6:42 of the first. Rutta was getting ready to make a pass when teammate Ondrej Palat skated in front of him behind the net on a breakout play and had the puck go off his skate right to Backstrom in the low slot.

Samsonov kicked out his left leg to stop an in-close back-hander by Mikhail Sergachev early in the first. Kevin Shattenkirk sent a shot from a tough angle behind Samsonov later in the period but the puck went through the crease along the goal line and went off the post.

Soon after Vasilevskiy made a short-handed glove save when Carl Hagelin's shot that went off Lightning defenseman Victor Hedman, Point tied it a 1 from the slot 5:45 into the second. 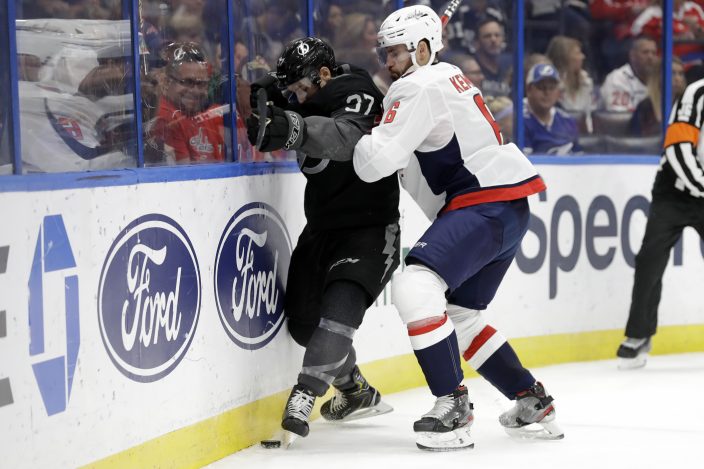 Capitals: At Columbus on Monday night.