Frederik Andersen made 36 saves and the Toronto Maple Leafs powered their way to a 4-1 victory over the Edmonton Oilers on Saturday night.

Alexander Kerfoot had a goal and an assist for Toronto, which has won three of its past four games. 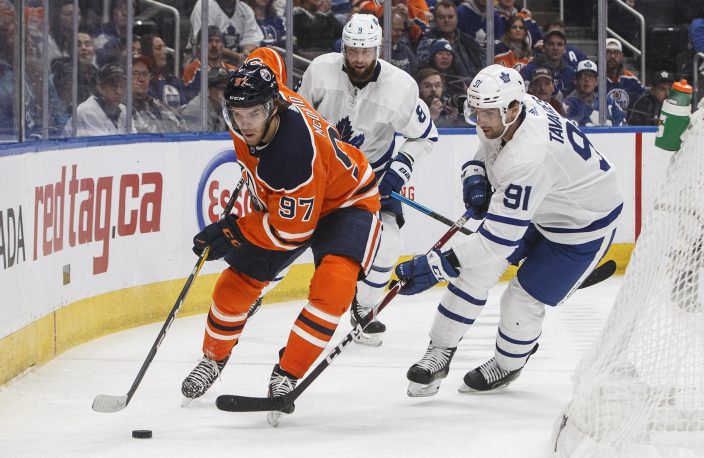 Alex Chiasson scored for the Oilers, who have lost four in a row.

Toronto started the scoring 4:38 into the opening period as Pierre Engvall made a nice feed through traffic from behind the net to Kerfoot, who blasted a shot up high past Oilers goalie Mikko Koskinen, who was playing without his stick.

Maple Leafs defenseman Tyson Barrie left the game later in the period after blocking a shot and did not return. 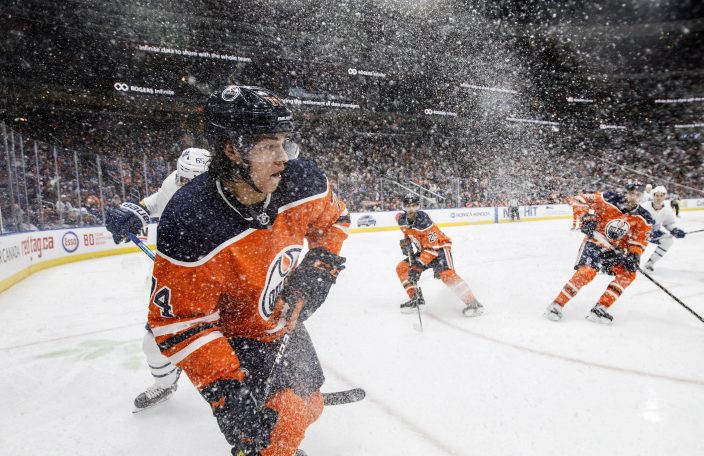 Edmonton Oilers' Ethan Bear (74) is surrounded by ice as he looks for the pass against the Toronto Maple Leafs during third period NHL action in Edmonton, Alberta, on Saturday, Dec. 14, 2019. (Jason FransonThe Canadian Press via AP)

Toronto took a 2-0 lead 5:27 into the second period. After getting a pair of big rebounds in front of the Edmonton goal, Mikheyev slammed home his fifth of the season into an empty net.

The Oilers got on the board 6:08 into the third period on the power play as Chiasson was sent in alone and was able to just sneak a backhand past Andersen.

The Maple Leafs restored their lead with six minutes to play as Dmytro Timashov sprung Gauthier and he was able to wire a shot into the top corner. 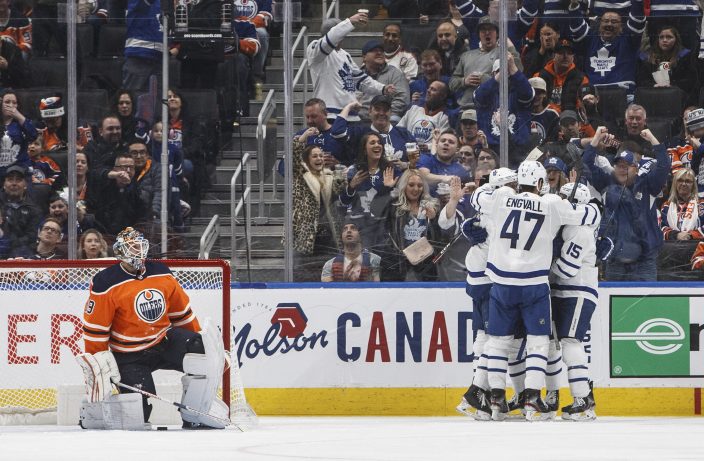 Toronto put the game away with an empty-net power-play goal from Marner, his sixth of the season.

NOTES: Gauthier returned to the lineup after being scratched the previous four games. ... Leafs forward Trevor Moore was expected to make a return but remained out, missing his 13th game with a shoulder injury. Also out for Toronto was Andreas Johnsson (leg). Out for Edmonton was defenseman Matt Benning (concussion).

Oilers: At Dallas at Monday night.