The end for the Internationals came about halfway through a mostly cloudy Sunday afternoon at Royal Melbourne. They kept it close, but ultimately the result was the same: another loss for the International side against the United States at the Presidents Cup — the eighth in a row and 11th in 13 tries at the biennial exhibition.

"We were right there at the end. I thought we could do it again, just a couple of matches didn't work our way," International team captain Ernie Els said after the Americans completed a 16-14 win.

The Internationals led 10-8 going into Sunday's 12 singles matches, and now have the distinction of being the only team to lead going into the final day and lose. Matt Kuchar's 5-foot birdie putt on the 17th hole guaranteed at least a half-point with Louis Oosthuizen and gave the U.S. the required 15 1/2 points to clinch the trophy it first won in 1994. 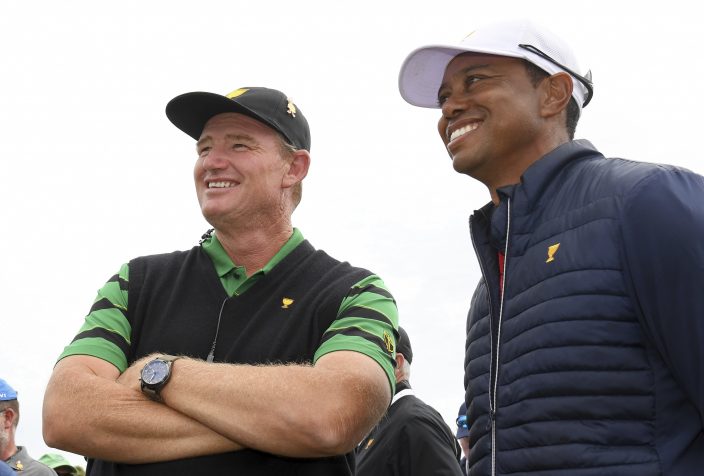 The only time the Internationals have won was at Royal Melbourne in 1998, although the teams tied in South Africa in 2003 and shared the trophy.

There were only two International victories on Sunday — 21-year-old Sungjae Im's 4-and-3 win over Gary Woodland and Cameron Smith's 2-and-1 victory over Justin Thomas.

Their other two points came from halves: Hideki Matsuyama against Tony Finau, with Finau coming back from 4 down after 10 holes; Adam Hadwin against Bryson Dechambeau; Marc Leishman's tie with Rickie Fowler; and Oosthuizen's all-square with Kuchar. 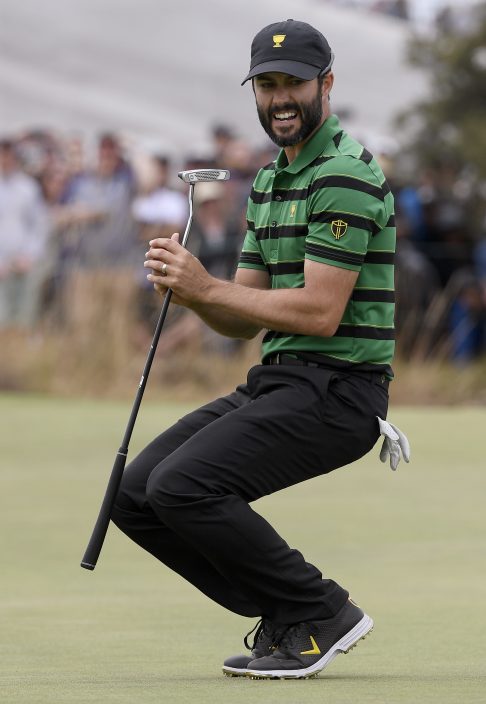 International team player Adam Hadwin of Canada crouches after missing a putt that would have won his singles match on the 18th hole during the President's Cup golf tournament at Royal Melbourne Golf Club in Melbourne, Sunday, Dec. 15, 2019. (AP PhotoAndy Brownbill)

The Internationals hadn't lost a singles session since 2009, but were defeated 8-4 on Sunday.

Hadwin missed a 15-foot putt for birdie on the 18th at a pivotal time. He was the fifth group off and after the Americans led many of their matches early, including during captain Tiger Woods' eventual 3-and-2 win over Abraham Ancer, the first match of the day.

Hadwin had never led in the match, and his miss was deflating for both him and the team. 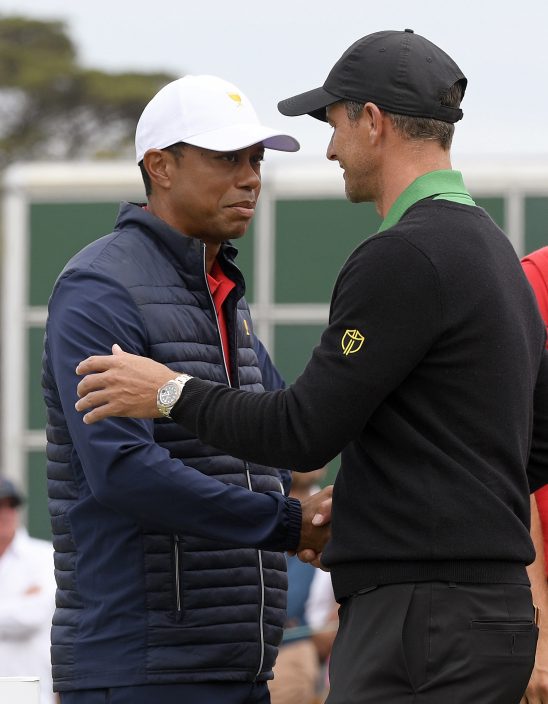 "It's a little disappointing," the Canadian said. “That's kind of what you work for, right, to have a putt on 18, to do that."

Els said some late victories by the Americans in the second session on Friday made the difference. The Internationals still won the fourballs that day, 2 1/2 to 1 1/2, but for a while it seemed possible the Internationals would sweep the session and take a 9-1 lead after two days. Instead, the score after was 6 1/2 to 3 1/2.

"I think it was two, 2 1/2 points that didn't go our way in that second session, and that was the difference," Els said. 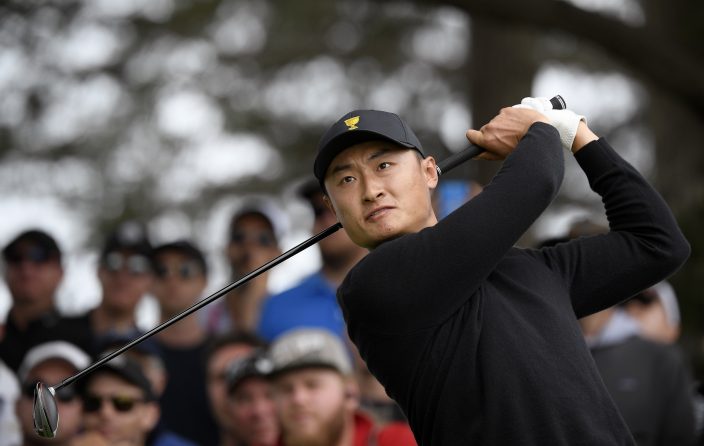 Asked what captaining the Internationals, who had seven rookies on the team, meant to him, Els replied: "You're going to make me cry now."

"We have spent the whole year together," Els said. “It was a just a collective effort of these great people. We had a lot of young players in the team, a lot of first-timers, nine regions around the world represented. It's our diversity that got us together, and I'm really proud of them.”

The South African wouldn't rule out returning as International captain for the 2021 Presidents Cup at Quail Hollow in Charlotte, North Carolina.

"We feel we came a long way this week," Els said. “We've never done well in the team events, and we got 10 points from them. We're not quite there, but we're getting there. Nobody died out there, and it was a sport, and we gave it our all. So, so be it.”

The LA Galaxy have signed Javier “ ...