Stunning his rivals in starting bib No. 40, Luke Winters of the United States was second fastest in the opening run of a World Cup slalom on Sunday.

Winters, who never completed a World Cup event in seven previous starts, came down the icy, sun-bathed Bellevarde course 0.59 seconds behind Alexis Pinturault, who wore No. 1.

The 22-year-old from Oregon is poised to give the American men's team a first podium finish in slalom for nine seasons. 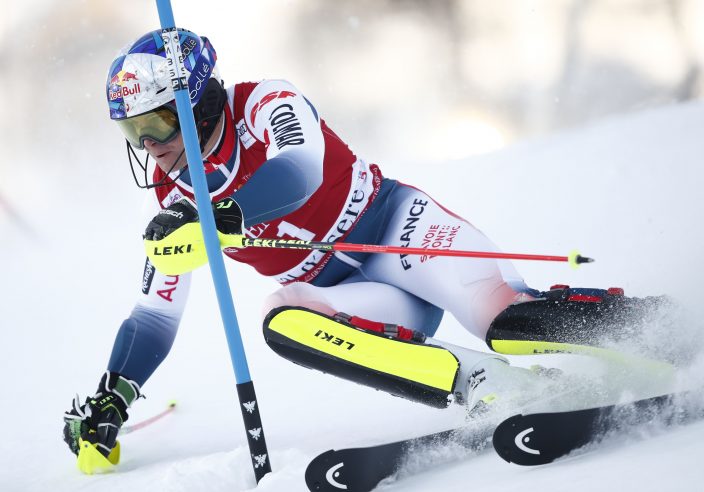 In third place, Ramon Zenhaeusern, the 2018 Olympics silver medalist, is 0.72 behind Pinturault. Olympic champion Andre Myhrer is fourth with 0.88 to make up in the afternoon run.

Pinturault is seeking his first slalom win for almost six years, and has targeted more points in the discipline after eight-time overall World Cup champion Marcel Hirscher ended his career.

Pinturault benefited from two of his main rivals hitting trouble at the same icy spot near the finish. Henrik Kristoffersen recovered to cross the line 2.82 back, but Pinturault's France teammate Clement Noel went out. 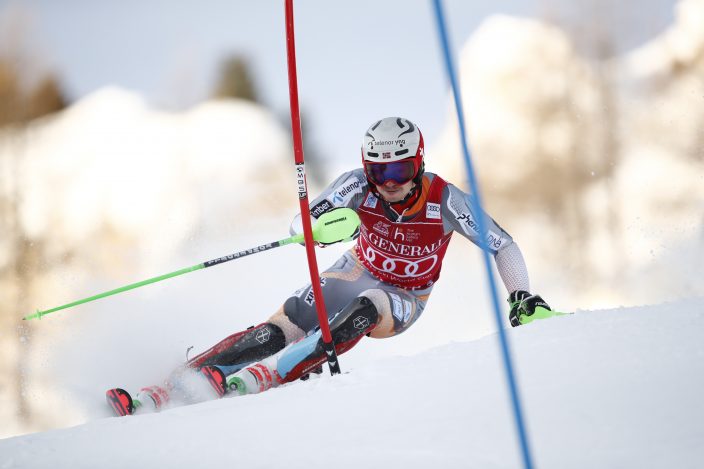 Noel won the slalom title at the 2018 junior world championships, where Winters took bronze in super-G at Davos, Switzerland.

The last American to stand on a World Cup slalom podium was Nolan Kasper, who was runner-up in March 2011 at Kranjska Gora, Slovenia.

The president of Belarus on Friday ...

Noël leads from Kristoffersen in 1st slalom run at Wengen

Hirscher leads slalom after 1st run; Noel out after 2 wins