In recent days, Iran hawks in Congress leveraged Secretary of State Mike Pompeo’s interest in a Senate run to win a key concession from the Trump administration that could help their bid to kill the nuclear deal with Tehran.

Late last week, the State Department agreed to release a portion of an internal legal opinion that says the U.S. has the right to demand that all U.N. sanctions on Iran be reinstated, despite President Donald Trump pulling the U.S. out of the nuclear deal. In exchange, Sen. Ted Cruz, R-Texas, lifted his hold on the nomination for Stephen Biegun to serve as the State Department’s No. 2 official, according to an administration official and a congressional aide.

Cruz’s hold on Biegun not only put his nomination in jeopardy, but it also risked upending a relatively seamless transition at the State Department if Pompeo soon steps down to run for Senate in Kansas. Without Biegun in place, the top job at State would have likely gone on an interim basis to a David Hale, a career official who testified in the impeachment inquiry into Trump. 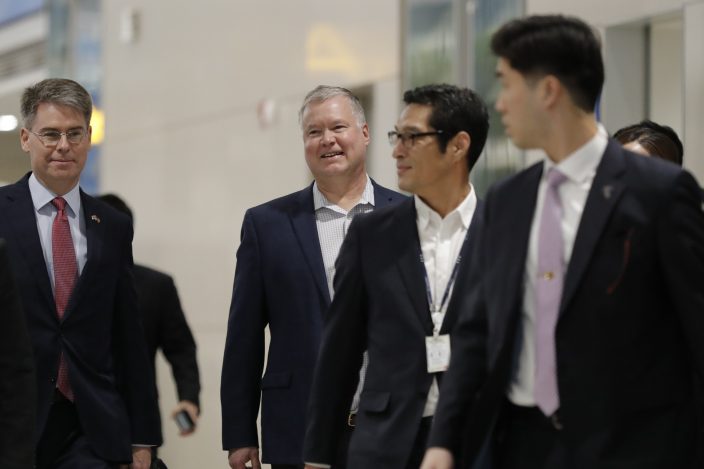 The behind-the-scenes drama raises new questions about Pompeo’s future as the nation’s top diplomat. A former congressman and Trump's CIA director, Pompeo has been weighing a Senate campaign in his home state for months, though officials say no final decision has been made.

The matter also highlights the extent to which some Republicans in Washington are still pushing to dismantle remaining elements of the Iran nuclear accord more than a year after the U.S. withdrew. The State Department legal opinion will be used by Cruz and others in the coming weeks to argue that Washington can still force the reimposition of U.N. sanctions set to expire next year.

Cruz placed the hold on the nomination for Biegun, currently the U.S. special representative for North Korea, pending the release of the Iran opinion. Cruz is an ally of the White House and one of the most hawkish lawmakers in Congress on Iran. 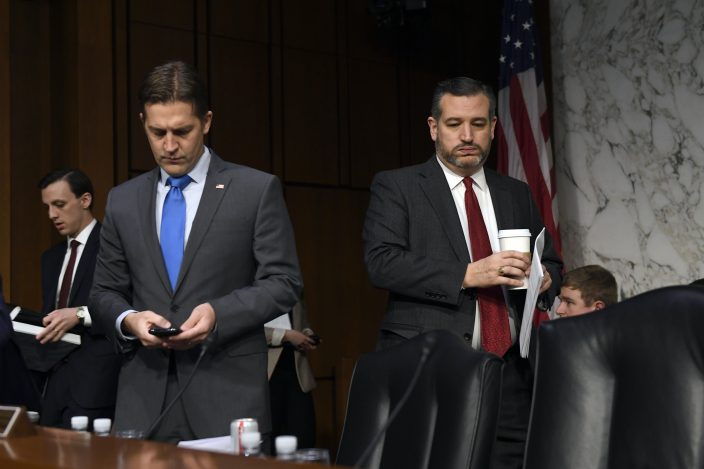 The hold would have scrambled the pecking order at the State Department should Pompeo depart for a Senate campaign.

The current deputy secretary of state, John Sullivan, was confirmed on Thursday to be the next U.S. ambassador to Russia. The third-ranking official is Hale, the most senior department official to testify in the impeachment investigation. He shed light on the decision to oust Marie Yovanovitch from her posting as the ambassador to Ukraine, as well as on the department’s decision to not defend her.

After considering the possibility that Hale would become acting secretary of state with Sullivan off to Moscow and Biegun’s nomination on hold, the department relented and released the Iran memo, according to the administration official and congressional aide.

The administration official and congressional aide were not authorized to public discuss the matter and spoke on condition of anonymity.

The Iran opinion will be used by Cruz and other Iran deal opponents to argue that the U.S. should invoke a ``snapback” mechanism for U.N. sanctions that is allowed under the Security Council resolution that enshrined the 2015 agreement known as the Joint Comprehensive Plan of Action, known as JCPOA. Snapback would mean the reimposition of all U.N. sanctions against Iran, including an arms embargo and travel bans on specific Iranian officials that are due to expire in October 2020.

Under Security Council Resolution 2231, any “participant state” in the agreement may invoke the snapback if Iran is found to be in “significant non-performance” with the agreement. Although Trump withdrew the U.S. from the nuclear deal last year, the resolution names the participants as those countries that originally negotiated it: Britain, China, France, Germany, Russia, the United States and the European Union, along with Iran.

Deal supporters have argued that Trump’s withdrawal means the U.S. is no longer a participant and is thus ineligible to invoke the snapback mechanism. Critics of the accord maintain the language of the Security Council resolution would allow it.

The State Department’s legal opinion leans in favor of that latter argument by saying the U.S. has a legal avenue to demand the restoration of the U.N. sanctions.

She had next.Her name was Gianna M ...