DeAndre Jordan had 13 points and 11 rebounds and Garrett Temple finished with 13 points for the Nets, who ended a two-game skid. 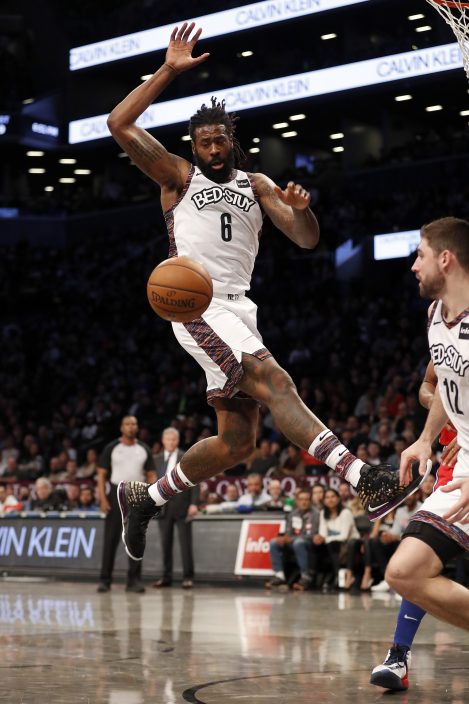 Brooklyn Nets guard Spencer Dinwiddie (8) leaps for the ball during the second quarter of an NBA basketball game against the Philadelphia 76ers at Barclays Center, Sunday, Dec. 15, 2019, in New York. (AP PhotoMichael Owens)

Brooklyn was finishing a back-to-back after losing at defending NBA champion Toronto on Saturday night.

It got a needed lift from its bench, with reserves scoring 23 first-half points en route to a 57-43 lead at halftime.

Dinwiddie, who was frustrated after the Nets blew a 20-point lead Wednesday night to lose to the Charlotte Hornets, riled up the Brooklyn bench with an impressive jam on an inbound pass from Garrett Temple with 8:28 to play in the third quarter to make it 64-52. 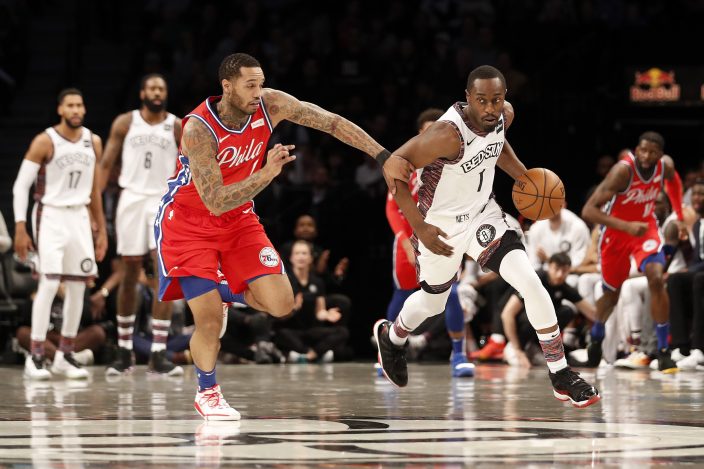 After Tobias Harris cut the deficit to 66-68 with an 18-foot jumper with 7 minutes to go in the quarter, Brooklyn blitzed Philadelphia with a 10-0 run, capped by Dinwiddie’s alley-oop to Jarrett Allen that stretched the lead to 76-58 with 3:03 left.

The 76ers didn't do themselves any favors during that stretch by missing seven shots. 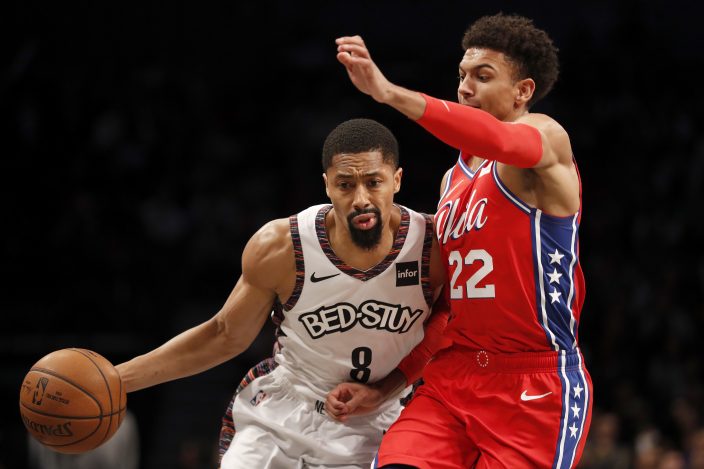 F Wilson Chandler made his season debut for Brooklyn after serving a 25-game ban for using performance-enhancing drugs. The 12-year veteran checked into the game with 5:26 remaining in the opening period. Chandler, who was signed to a one-year deal in July, was suspended August 29. He finished with two points and seven rebounds in 19 minutes. 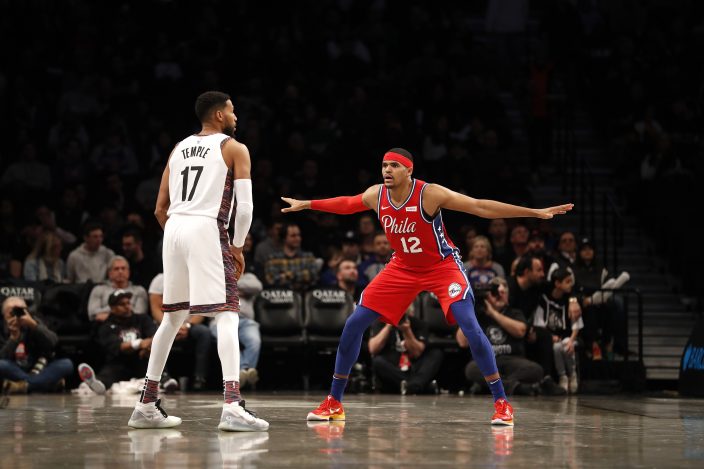 76ers: Start a three-game homestand when they host Miami on Wednesday..

Nets: At New Orleans on Tuesday.