Patrick Kane scored three goals for his first hat trick of the season, and the Chicago Blackhawks stopped a four-game slide by topping the Minnesota Wild 5-3 on Sunday night.

Brandon Saad and David Kampf also scored for Chicago, which was coming off a heartbreaking loss at St. Louis. The last-place Blackhawks had dropped seven of nine overall.

Kevin Fiala scored twice for Minnesota in the opener of a three-game trip. Eric Staal also scored, and Ryan Suter had three assists. 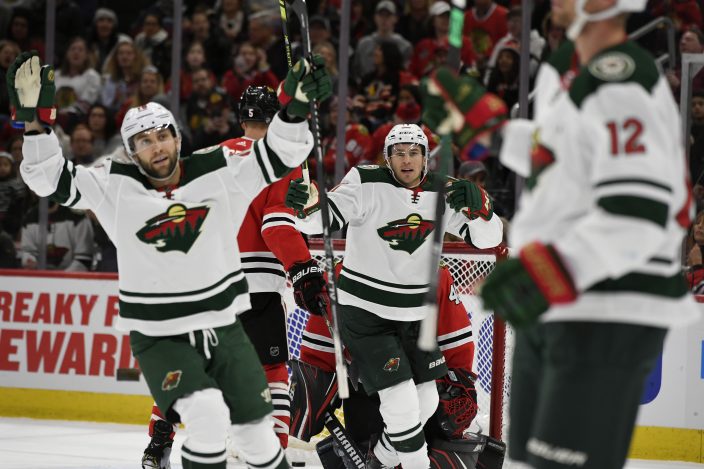 The game was tied at 3 in the third period when Saad muscled his way to his 11th goal of the season. The rugged forward was grappling with Minnesota defenseman Matt Dumba in front when he managed to tip Connor Murphy's shot from the right point past Kaapo Kahkonen with 6:17 left.

Kane then added an empty-netter with 1:03 left, completing his sixth career regular-season hat trick. He has a team-high 18 goals.

Kane also scored Saturday night, helping the Blackhawks open a 3-0 lead in the third at St. Louis. But the Stanley Cup champions roared back for a 4-3 victory. 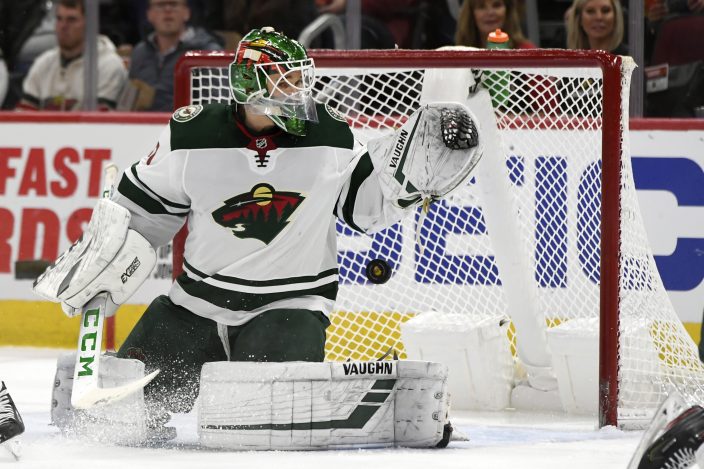 Kane got his first goal when he poked in a rebound of his own wraparound shot 7:42 into the first. It was a close call at the post and play was allowed to continue, but a replay review showed the puck crossed the line before Kahkonen knocked it away.

Kane then made it 2-0 when he scored from the high slot at 11:33 on a power play. Kane's shot went off Suter's stick before going into the net.

Chicago rookie Kirby Dach was sent off for hooking just 11 seconds after Kane's second goal, and Minnesota took advantage. Staal converted a one-timer off a pass from Suter for his 12th at 12:37.

Fiala got each of his goals in the second. He beat Lehner on a breakaway for his seventh at 1:59. After Kampf redirected Connor Murphy's shot past Kahkonen at 8:13, Fiala tied it again when his centering pass went off the outside of Blackhawks defenseman Olli Maatta's right skate and through the legs of Lehner with 5:40 left in the period.

NOTES: Wild G Devan Dubnyk, C Mikko Koivu (lower body) and D Jared Spurgeon (hand) are on the trip and expected to practice Monday. Dubnyk's wife is dealing with a serious medical condition, and he hasn't played since Nov. 16. “I think when he does get in that he's going to be fine," coach Bruce Boudreau said. “Just got to get some practice time for him." ... Blackhawks D Duncan Keith (groin) is skating again, but coach Jeremy Colliton said he doesn't have a firm return date at this point. ... Wild F Joel Eriksson Ek (upper-body injury) did not travel with the team. Boudreau said he might be able to play on the current road trip.

Kane gets hat trick to lift Blackhawks over Wild 5-2