The Kings won for the fourth time in five games and shook off a disappointing home loss Friday to the lowly New York Knicks.

They shot a season-best 60% from the field and beat the Warriors for just the fourth time in the past 25 games between the teams dating to the 2013-14 season. 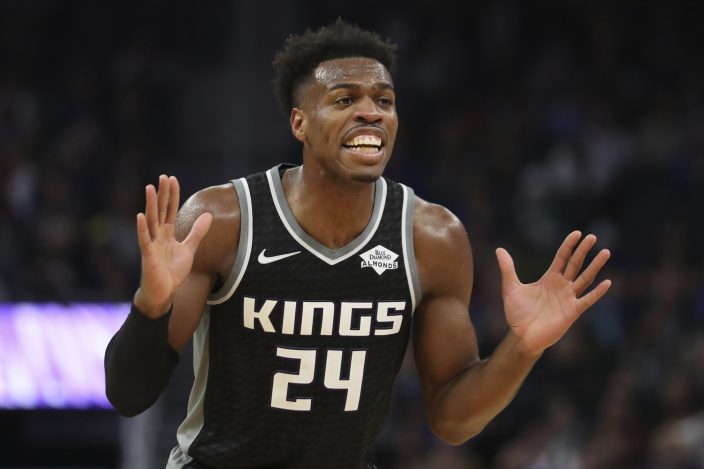 Sacramento Kings guard Buddy Hield (24) reacts to a foul call against the Golden State Warriors during the first half of an NBA basketball game in San Francisco, Sunday, Dec. 15, 2019. (AP PhotoJed Jacobsohn)

Sacramento improved to 12-14, holding Golden State to 39% shooting. The Warriors have lost eight of nine to fall to 5-23.

Golden State was 6 of 25 shots from 3-point and matched its season low for points in a game.

Willie Cauley-Stein, facing his former team, led the Warriors with 14 points on 7-for-9 shooting. 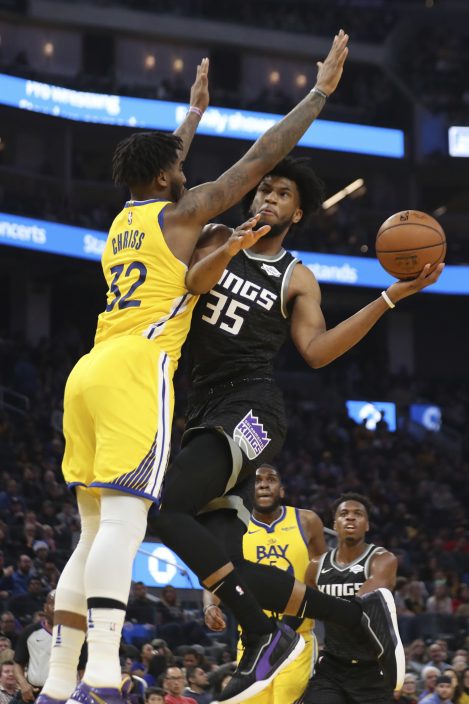 Sacramento ended all doubt after halftime, outscoring Golden State 28-17 for the third quarter.

The Kings are on a nice roll, Friday’s defeat notwithstanding, and things could get better as point guard De’Aaron Fox appears close to returning from a severely sprained ankle. 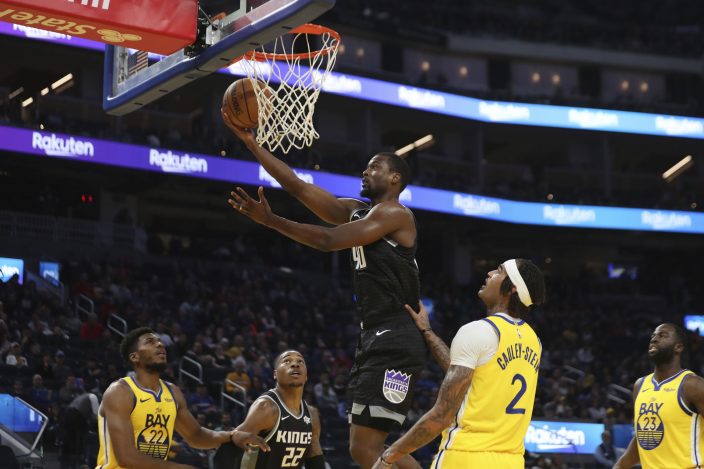 Damion Lee got the nod at shooting guard -- his first career start as a Warrior – and Glenn Robinson III slid back to small forward. Lee gave Golden State a boost with 10 points in the first half, but the Kings led 51-42 at the break.

Kings: F Marvin Bagley III has played center since returning from a broken thumb two games ago, and coach Luke Walton said he envisions that continuing for the foreseeable future. Walton cited the Kings’ success playing “small-ball” recently, and he thinks Bagley can be more effective in the pick-and-roll at the center spot. 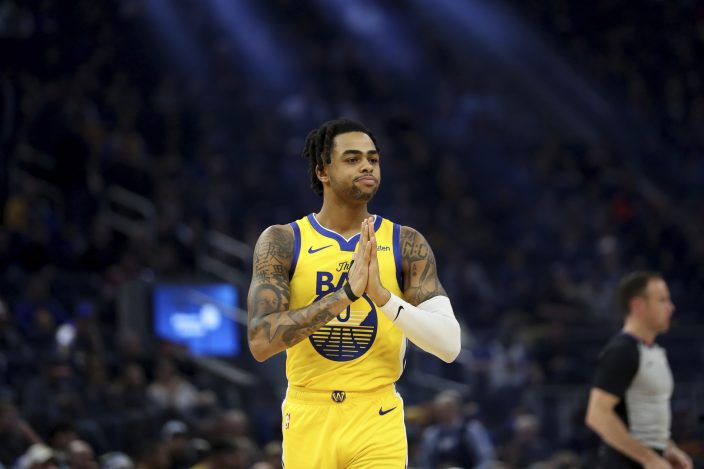 Golden State Warriors guard D'Angelo Russell (0) looks on during the first half of an NBA basketball game against the Sacramento Kings in San Francisco, Sunday, Dec. 15, 2019. (AP PhotoJed Jacobsohn)

Warriors: Surprisingly, Golden State’s 18 points in the first quarter weren’t a season low for the opening period. That came Oct. 30 with 14 vs. Phoenix. … F Eric Paschall missed his second game in a row with left hip soreness, but coach Steve Kerr anticipates the rookie returning Wednesday against Portland.

Kings: At Charlotte on Tuesday night,

Warriors: At Portland on Wednesday night.