Patrick Kane scored three goals for his first hat trick of the season, and the Chicago Blackhawks stopped a four-game slide by topping the Minnesota Wild 5-3 on Sunday night.

Brandon Saad and David Kampf also scored for Chicago, which was coming off a heartbreaking loss at St. Louis. The last-place Blackhawks had dropped seven of nine overall. Robin Lehner stopped 23 shots. 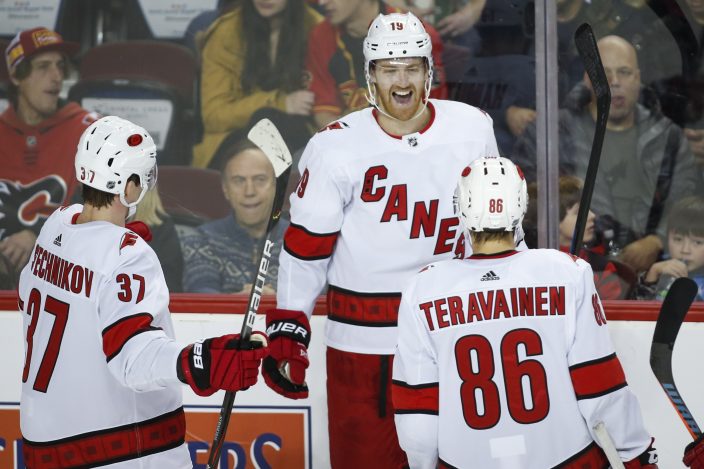 Jeff Carter and Tyler Toffoli also scored for the Kings. Alex Iafallo had two assists and Jack Campbell, who is from Port Huron, Mich., stopped 22 shots. 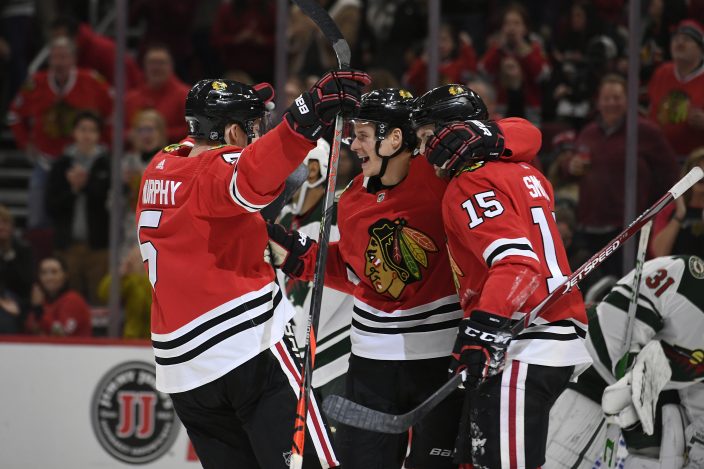 Defenseman Madison Bowey had a goal and an assist, and Filip Zadina also scored for Detroit. Eric Comrie finished with 28 saves. 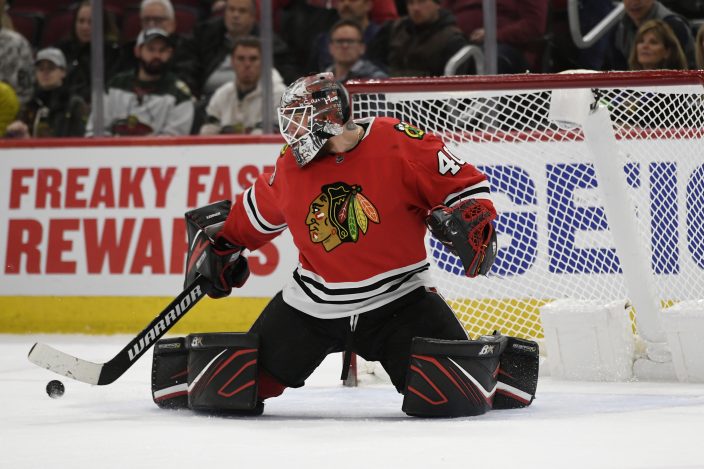 Chicago Blackhawks goalie Robin Lehner (40) makes a save during the third period of an NHL hockey game against the Minnesota Wild, Sunday, Dec. 15, 2019, in Chicago. Chicago won 5-3. (AP PhotoPaul Beaty)

Nick Holden, Valentin Zykov, Jonathan Marchessault and Mark Stone also scored for the Golden Knights. It was the fifth time this season Vegas had five different goal scorers in a game. Marc-Andre Fleury stopped 26 shots to improve to 12-2-1 in his career against the Canucks.

Elias Pettersson, Brock Boeser and Jake Virtanen scored for the Canucks. Jacob Markstrom made 34 saves to fall to 1-6-1 in his career against the Golden Knights. Michael DePietro replaced Markstrom late in the third period, allowed one goal on seven shots. 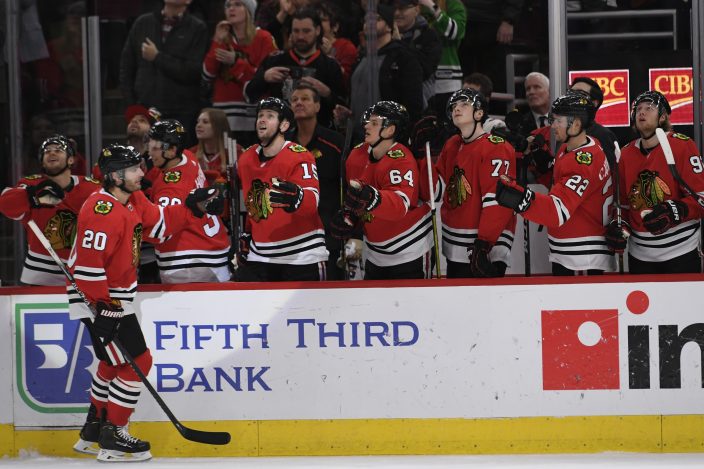 Chicago Blackhawks' Brandon Saad (20) celebrates with teammates on the bench after scoring a goal during the third period of an NHL hockey game against the Minnesota Wild, Sunday, Dec. 15, 2019, in Chicago. AP PhotoPaul Beaty)

Blake Wheeler and Mark Scheifele each had a power-play goal and added two assists in Winnipeg's win over Philadelphia.

The Jets scored twice on a five-minute power play midway through the second period after Philadelphia left wing Joel Farabee crashed into Mathieu Perreault long after the forward gave up the puck. Perreault stayed down on the ice for quite some time, then had to be helped off and went straight to the dressing room. He did not return.