City leaders put the tiny gambling enclave of just 632,000 people on a security lock down, including barring political activists and journalists from nearby Hong Kong, which has been wracked by months of often violent anti-government protests.

Even without the heavy security, Xi would likely have seen little in the way of protests or calls for greater democracy or self-rule. Unlike Hong Kong, whose former British leaders nudged their colony gradually toward greater democratic freedoms, Macau’s small size, ineffectual rule by Lisbon and the overriding influence of the tycoons who control gambling and related businesses kept democratic expectations low. 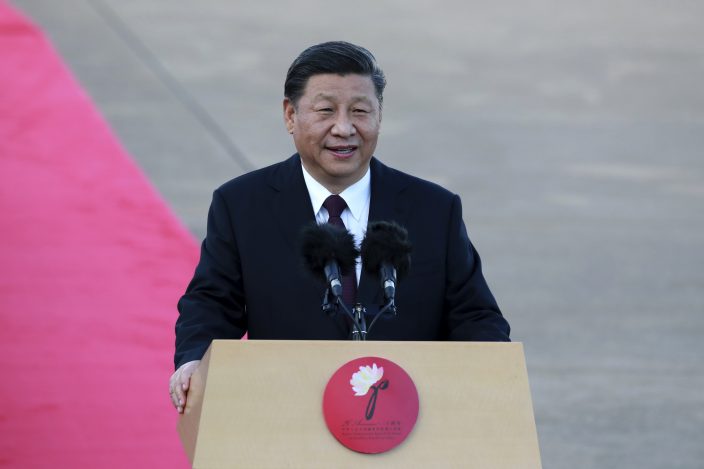 In this photo released by Xinhua News Agency, Chinese President Xi Jinping speaks on a podium after he arrives on a plane at the airport in Macao on Wednesday, Dec. 18, 2019. Xi will attend the 20th anniversary celebrations of Macao's return to China. (Pang XingleiXinhua via AP)

And with the opening of the casino industry to new players and a massive influx of Chinese gamblers, Macao’s economy has boomed in the two decades since 1999. Organized crime groups who had battled each on Macao’s streets and in its gambling halls have also been brought to heel, leading to a rise in tourism and a general sense among many that their fortunes have improved under Chinese rule.

That feeling of optimism is largely absent In Hong Kong, which reverted from British to Chinese rule in 1997 and where frustrations over a stagnant economy and astronomical housing prices helped fuel the protests that at times drew an estimated quarter of the population of 7.5 million people. Beijing’s refusal to respond to their demands, including direct elections for the chief executive and legislative council, has led to a 7-month standoff, with more protests expected for this weekend.

Both Macao and Hong Kong are run under a “one country, two systems” framework, which allows them to retain their own legal and economic systems, while Beijing exercises strict control over their political leadership. Macao also enacted national security legislation that has been stalled in Hong Kong by popular opposition. 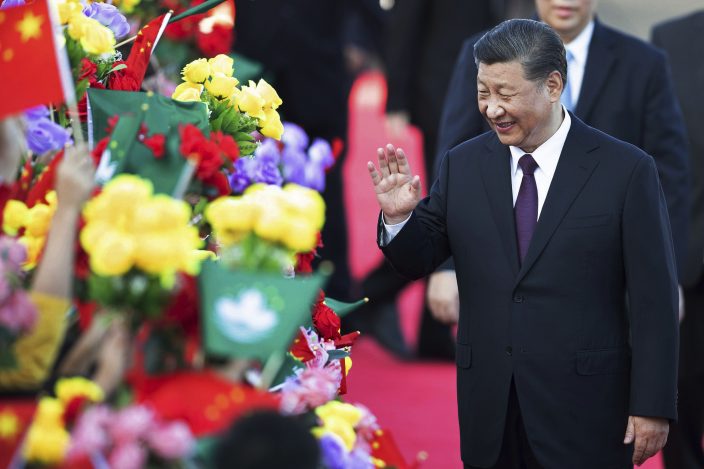 Along with meeting the incoming chief executive, Ho Iat Seng, Xi on Thursday visited a government services building and met with local residents and officials. On Friday, he will attend Ho's inauguration and a ceremony marking 20 years of Chinese rule.

In remarks at the airport upon his arrival Wednesday, Xi made what some considered a subtle comparison between Macao's outward stability and the tensions in Hong Kong.

"It is worthwhile to sum up the experience and characteristics of Macao in faithfully implementing ‘one country, two systems,’" Xi told an audience of journalists, officials and flower-waving children.

"We will join hands to draw the blueprint for Macao's future development," he said.

Forgive Detroit fans if they rolle ...