A dozen humanitarian organizations in war-torn southern Yemen suspended their operations following a string of targeted attacks, the U.N. said, while the country's rebel-led health ministry announced on Tuesday that severe outbreaks of swine flu and dengue fever have killed close to 200 people since October.

The suspension of aid work came after unknown assailants fired rocket-propelled grenades at three aid organizations in the southwestern province of Dhale over the weekend, according to the U.N. Humanitarian Office in Yemen, wounding a security guard and damaging several office buildings.

The bombings signaled “an alarming escalation in the risks faced by humanitarian workers” and halted the provision of badly needed aid to 217,000 residents, the U.N. statement said. 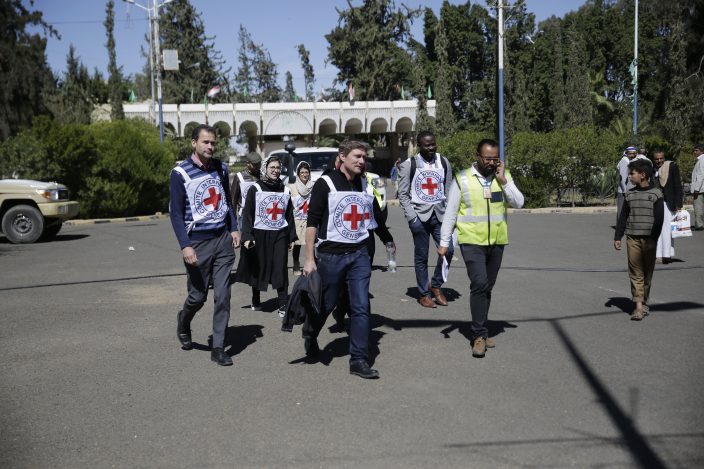 The U.N. humanitarian chief Mark Lowcock condemned “the continuation of media campaigns in parts of Yemen that spread rumors and incitement against aid operations,” compelling them to cut back on crucial work.

The International Rescue Committee, a New York-based nonprofit, reported that grenades exploded in its office and women’s center on Sunday night and expressed “extreme concern” for the safety of its local staff. It said the group would restart programs “as soon as it is deemed safe for our staff to return to work.”

Militants also struck the Dhale office of Oxfam, one of Britain's largest charities.

“Aid workers should not be a target," said Muhsin Siddiquey, Oxfam’s director in Yemen.

Yemen, the Arab world’s poorest country, has been convulsed by civil war since 2014, when Houthi rebels captured the capital, Sanaa, along with much of the country’s north, driving out the internationally-recognized government. Months later, a Saudi-led coalition intervened to fight the Iran-backed Houthis and restore the government.

A new outbreak of dengue fever has also swept across the country, killing 68 people, including 16 children under five, so far this month, he added. The painful disease has re-emerged due to the deterioration of Yemen's health and sanitation systems.

Fighting in Yemen has killed over 100,000 people and set off the world's worst humanitarian crisis, leaving millions suffering from food and medical care shortages and pushing the country to the brink of famine.

Trump calls for case against Roger Stone to be thrown o ...

Hours before a court session regar ...

The worst locust outbreak that par ...