Italy's premier insisted Saturday his squabbling coalition will last three more years, even after a minister quit in protest and despite nervousness over a regional election that could help the popularity of right-wing forces.

Premier Giuseppe Conte brushed off concerns that his government, which took office in September, could implode. Infighting has been reported in the main party, the populist 5-Star Movement, and among leaders of the Democratic Party, the other key coalition member.

Conte is heading his second coalition government since 2018 elections for Parliament left Italy in political gridlock, dependent on rival parties governing together. 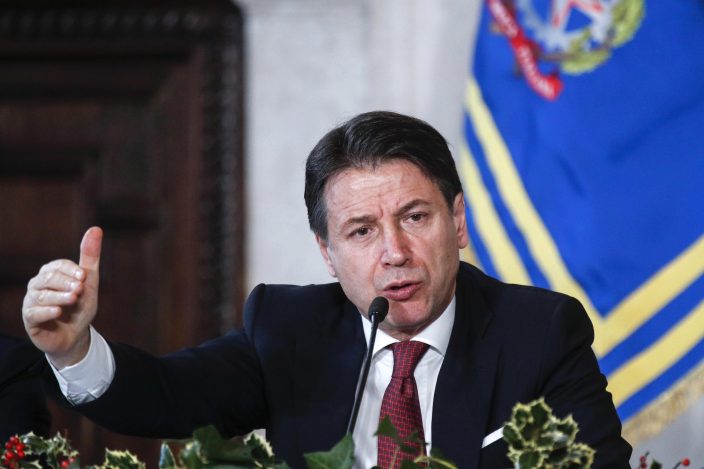 “I cannot be premier without the full, convinced support of the coalition parties, but (early elections) will be a defeat for everyone" with voters angry over government infighting, he said.

Conte advised his coalition to engage in "lively debate but not squabbling for squabbling's sake."

Opinion polls consistently show that Conte, a lawyer specializing in mediation, is one of Italy's most admired leaders. He first became premier a year-and-a-half ago in an earlier coalition that paired the 5-Stars with the rival right-wing League led by anti-migrant proponent Matteo Salvini. 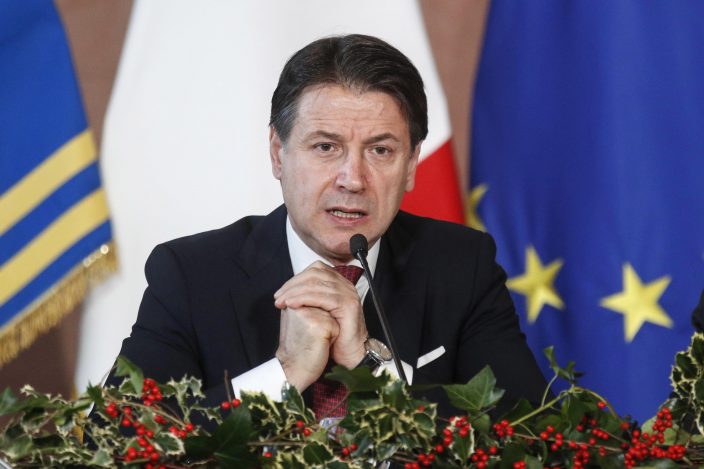 Now Parliament's main opposition leader, Salvini has been campaigning for right-wing forces to wrest control in next month's election of the governorship of the Emilia Romagna region, with its capital in Bologna, long a proud stronghold of the left.

Should the League and Salvini's allies, including a growing far-right party with neo-fascist roots, triumph in the regional vote, pressure would build on the Democrats to break off the national government alliance with the rival 5-Stars. The alliance could be blamed for alienating traditional left-wing supporters.

Despite his popularity among Italians, Conte ruled out heading any new party, saying that would only further confuse Italy's already fragmented political forces. Parliament's term runs out in early 2023.

Conte downplayed any worries about the outcome of the January regional vote. Instead, he noted government determination to tackle an ambitious reform agenda after the holidays.

The reforms will include streamlining bureaucracy and fighting tax evasion to lower the tax burden on the middle class that is struggling amid a stagnant economy.

“If we don't want the country to go bankrupt, it's clear to everyone that we must work in a serious, rational, credible" way, Conte said.

He indicated that the resignation of his education minister over funding for schools hadn't hurt his resolve to forge ahead with the coalition.

Conte also announced that he was creating a ministry for university and research. For years, Italy has suffered a brain drain as researchers go abroad, frustrated by excess bureaucracy in a country where connections frequently count more than expertise.

Italians turn out in droves despite virus for referendum

Italy's Salvini dares lawmakers to vote to put him on trial