He replaces Wang Zhimin, who had assumed office in September 2017. Xinhua did not give a reason for the change. 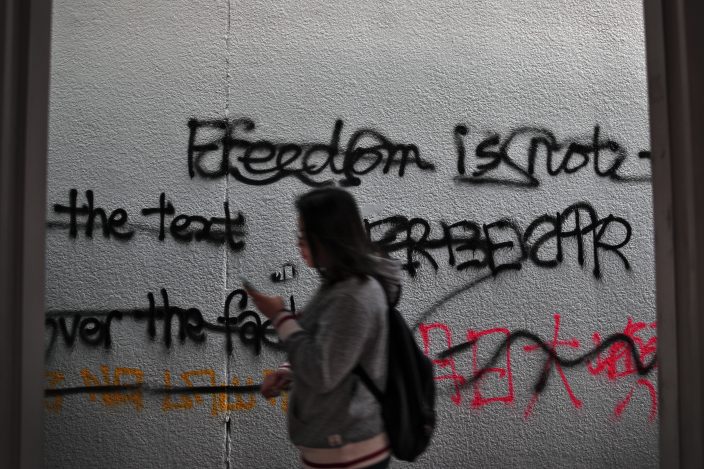 A woman walks by a wall sprayed by protest wording by pro-democracy protesters in Hong Kong, Saturday, Jan. 4, 2020. The months-long pro-democracy movement has extended into 2020 with further mass demonstrations. (AP PhotoAndy Wong)

The protests, which began in early June, have turned violent at times, with hard-line demonstrators clashing with police. The violence has eased somewhat in the past month, but sporadic clashes have continued.

Police used pepper spray, tear gas and a water cannon to drive off the demonstrators, although a government statement said officers were “deploying the minimum necessary force." 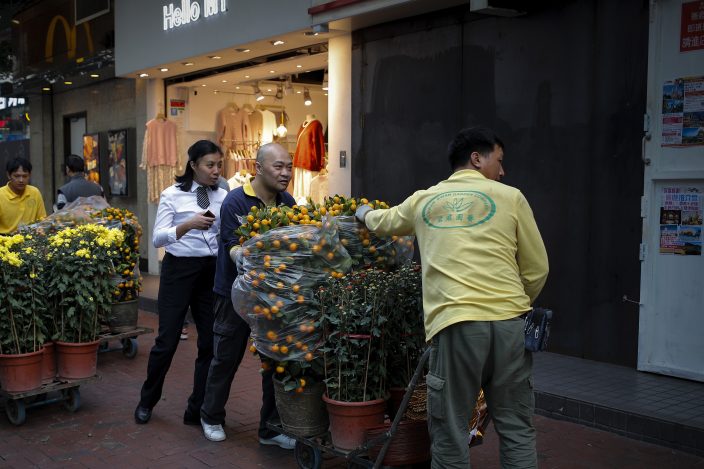 The protesters are demanding fully democratic elections for Hong Kong's leader and legislature and an investigation into police use of force to suppress their demonstrations.